A man for strengthening others 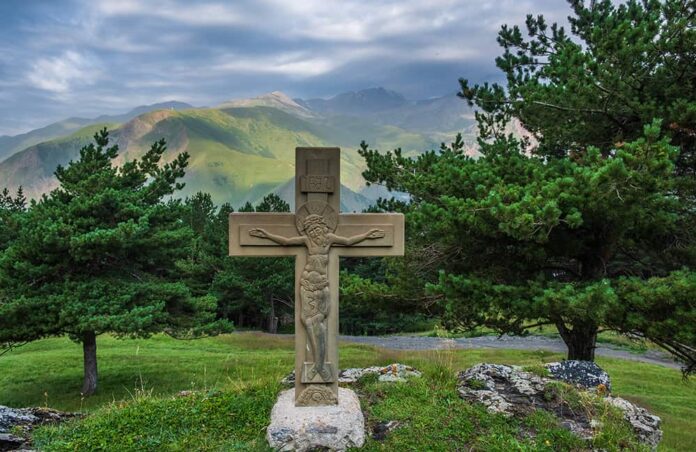 When the choirs of angels led Father Paul Mankowski, SJ, into the Father’s House on September 3, I hope the seraphic choirmaster chose music appropriate to the occasion.  Had I been asked, I would have suggested the Latin antiphon Ecce sacerdos magnus as arranged by Anton Bruckner. The all-stops-pulled moments in Bruckner’s composition, deploying organ, brass, and full choir, would have been a perfect match for Paul Mankowski’s rock-solid Catholic faith, his heroic ministry, and his robust literary and oratorical style; the a capella sections, softly sung, mirror the gentleness with which he healed souls. Above all, I would have suggested Bruckner’s motet because Father Mankowski truly was what the antiphon celebrates: “a great priest who in his days pleased  God.”

We were friends for some 30 years and I can say without reservation that I have never met anyone like Paul Mankowski. He was off-the-charts brilliant, an extraordinary linguist and scholar; but he wore his learning lightly and was a tremendous wit. He rarely expressed doubts about anything; but he displayed a great sensitivity to the doubts and confusions of those who had the humility to confess that they were at sea. He could be as fierce as Jeremiah in denouncing injustice and dishonesty; but the compassion he displayed to spiritually wounded fellow-priests and laity, who sought healing through the work of grace at his hands, was just as notable a feature of his personality.

His curriculum vitae was singular. The son of working-class parents, he put himself through the University of Chicago working summers in a steel mill. He did advanced degrees at Oxford and Harvard, becoming the sparring partner of a future Australian prime minister, Tony Abbott, at the former, and delving deeply into the mysteries of Semitic philology – unfathomable, to most of his friends – at the latter. He taught at the Pontifical Biblical Institute in Rome and was pastor of an English-speaking parish in Amman, Jordan. Wherever he was, he lived like a true ascetic; he was also the best company imaginable at a meal or a party.

He was a writer of genius, although his published bibliography is considerably slimmer than it might have been, thanks to the years when he was silenced or censored by his religious superiors. A good example of his ability to combine keen insight and droll humor is his 1992 dissection of the goings-on at the annual convention of the American Academy of Religion (available here). More recently, Father Mankowski drew on his extensive experience as a confessor and spiritual director to pen, with his superiors’ permission, a respectful but sharp critique of his fellow Jesuit James Martin’s book, Building a Bridge (available here). In the decades between those two pieces, and when permitted to do so, he published essays and reviews on a wide range of topics, including literature, politics, Church affairs, biblical translations and the priesthood, while sharing his private musings with friends in a seemingly endless series of pungent parodies, revised song lyrics, and imagined news stories.

Years ago, his friend Father Richard John Neuhaus dubbed Father Mankowski one of the “Papal Bulls:” Jesuits of a certain generation notable for their intellectually sophisticated and unwavering Catholic orthodoxy, which often got them into hot water of various temperatures (including boiling) with their Ignatian brothers and superiors. Paul Mankowski was no bull, papal or otherwise, in a china shop, though. He relished debate and was courteous in it; what he found off-putting was the unwillingness of Catholic progressives to fight their corner with a frank delineation of their position. This struck him as a form of hypocrisy. And while Father Mankowski, the good shepherd, often brought strays back to the Lord’s flock, he was unsparingly candid about what he perceived as intellectual dishonesty, or what he recently deplored as “ignoble timidity” in facing clerical corruption. Paul Mankowski was not a man of the subjunctive, and he paid the price for it.

He is beyond all that now, and I like to imagine St. Ignatius of Loyola welcoming him to the Father’s House with a hearty “Well done, my son.” In this valley of tears, freshly moistened by those who mourn his untimely death at age 66, Father Paul V. Mankowski, SJ, will be remembered by those of us who loved him as a man and a priest who, remaining faithful to his Jesuit and sacerdotal vocations, became a tower of strength for others. This was a man of God. This was a man, whose courageous manliness reflected his godliness.