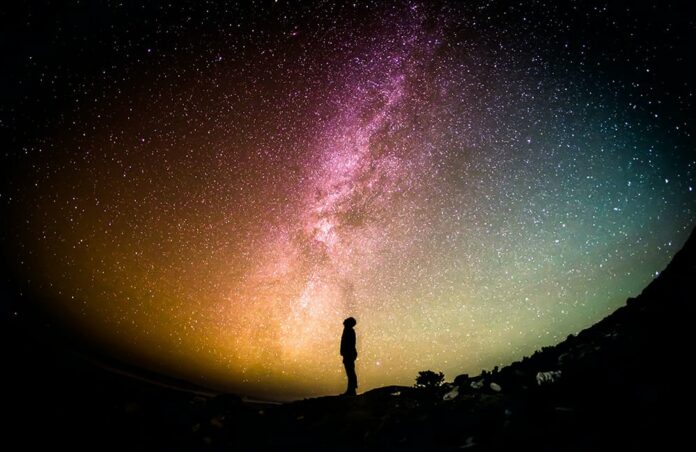 Brother Guy Consolmagno, SJ is the director of the Vatican Observatory, Specola Vaticana. His book, Would you Baptize an Extraterrestrial?, written with Father Paul Mueller, SJ, is available now.

To explain that, it’s useful to know that there are two parallel “Vaticans.” One is the organization that runs the Church; the other is the Vatican City State, the tiny independent nation that surrounds St. Peter’s. They’re both under the Pope, but otherwise work pretty independently of each other.

The Vatican Observatory is funded by the Vatican City State. Our budget is about half of one percent of its total budget, which mostly comes out of ticket sales to the Vatican Museums. However, my position as Papal Astronomer dates from 1891, before the city state itself was established, and I’m appointed directly by the Pope. I’m one of a dozen Jesuit scientists assigned there from around the world, working in fields like cosmology, stellar spectra, and meteors.

So, why does the Vatican support an observatory? The official reason is to show that the Church supports science. I find that most astronomers, even non-believers, have no trouble understanding how our faith supports the science we do. But sometimes the faithful need to be reminded that science was invented in the Church’s universities during the middle ages; that notable scientists up to the present have been people of faith; that knowing creation is a divinely ordained way of getting close to the Creator (as St. Paul says in Romans 1:21).

(And, incidentally, as a Catholic of Italian heritage I am at pains to point out that Galileo, as well as being a great astronomer, was both a good Italian and a good Catholic! After all, his two daughters both became nuns. He wouldn’t be the first Italian Catholic to have loud arguments with jealous enemies within the Church. But the idea that his troubles came from his science is a quaint Victorian-era conceit, devised by people who wanted to keep Italian Catholics – like my grandfather – out of America.)

There is a deeper aspect to that question, however. Why does anyone do astronomy? What makes even a casual amateur go outside to look at the stars, tracing out the constellations or spending hours with a small telescope? Why? Because it’s fun!

It is worth spending a moment considering that undeniable fact. Looking at the stars doesn’t feed your stomach or make you powerful. But it feeds and empowers your soul.

Astronomy puts your own life into a wonderful perspective. The more I learn about how stars and planets work, the more I am simultaneously delighted in the insights that my God-given talents have let me see, and humbled by the immensity of this beautiful universe that God has given for me to understand.

It also reminds me forcefully that I could not do it alone. Of course, looking at the stars on a summer night requires no formal training. But knowing those stars by name and knowing their hidden stories, where I really find my deepest joy, is only possible by listening to those who have gone before me… hoping that in turn I can add a few new insights for the next generation of star gazers.

There was a time, long before I joined the Jesuits, when I questioned the value of all my astronomical studies. Why was I writing scientific papers about the moons of Jupiter when people were starving in the world? And so I left my postdoctoral research fellowship at MIT to join the Peace Corps. But when I got to Africa, the people with whom I lived there wanted nothing more than to hear what I could tell them about space probes, and to have a chance to look at Saturn and the Moon through my small telescope. Curiosity about the universe and our place in it is an integral part of being a human being. The hunger to know, is the hunger for God.

And meanwhile, about those other questions… The Big Bang theory was devised by a Belgian priest, Father Georges Lemaître, who had degrees in astrophysics from MIT and worked with Eddington and Einstein. A recent image of a Black Hole shadow was made by an international team led by a German astronomer, Heino Falcke, who studied at the Vatican Observatory summer school and now teaches at a Catholic university in the Netherlands; he himself is a lay preacher in the Evangelical Church. As for aliens… a fellow Jesuit, Father Paul Mueller, and I have written a whole book that asks, “Would You Baptize an Extraterrestrial?” To find the answer, you’ll have to read our book!