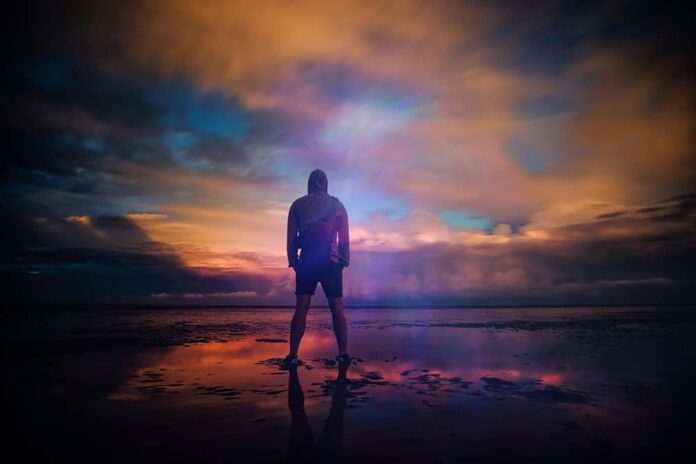 On Friday, March 2, something happened at the Colorado state capitol that hasn’t happened in over 100 years. Lawmakers in the state House of Representatives voted to expel one of their own over allegations of sexual harassment, and this was just one of several cases being investigated.

The vast majority of the cases brought to light by the MeToo social media campaign involve men harassing women, a fact that highlights the urgent need our society has for virtuous men – men of integrity and faith.

That men tend to pursue their appetites is nothing new; it’s as old as Adam giving in to the temptation to eat from the Tree of Good and Evil. But what has changed recently is the scale at which women are treated as sexual objects, rather than being respected as daughters of God, whose complimentary gifts are indispensable for a flourishing society.

I have written in my recent pastoral letter, “The Splendor of Love,” about how contraception has contributed to this dramatic shift from partnership to objectification. But another important factor that cannot be overlooked is the loss or abandonment of virtue by men.

Those men who have engaged in harassment, whether they are from Hollywood, the business world, politics or elsewhere, have fallen into the trap of being men for themselves, instead of being men for others.

Changing one’s inner orientation from self-centeredness to living for the sake of others requires a radical change that is only possible through God’s grace.

My good friend and predecessor Archbishop Charles Chaput recently underscored this point in a talk he gave at the “Into the Breach Conference” in Phoenix. He said, “A man’s actions and words change only when his heart changes for the better. And his heart only changes for the better when he discovers something to believe in that transforms and gives meaning to his life; something that directs all of his reasoning and desires.”

That something is really someone, Jesus Christ, who reveals the eternal love of the Father for every human being. The God-Man Jesus, when he is encountered, changes everything in a person’s life. It is God and God alone who satisfies the longing for an eternal, lasting purpose that each of us has in his heart. Only he can move us beyond our fallen human nature and help us grow in the virtues of purity, self-control and sacrifice for the good of others.

One man who we can look to as example of what is possible with God’s grace is Saint Joseph, the foster father of Jesus and the husband of Mary, whose solemn feast day the Church will celebrate on March 19.

The Scriptures tell us that Saint Joseph was a “righteous man” (Mt. 1:19). This phrase meant that he was both just in his dealings with others and that he was a man of prayer who faithfully kept the commandments.

Saint Joseph is also notable for being a man who was careful with his words. In fact, he never speaks in the Gospels. Reflecting on his namesake in 2005, Pope Benedict XVI – whose birth name is Joseph – said, “His is a silence permeated by contemplation of the mystery of God, in an attitude of total availability to his divine wishes. Let us allow ourselves to be ‘infected’ by the silence of St. Joseph! We have much need of it in a world which is often too noisy, which does not encourage reflection and listening to the voice of God.”

By being attentive to God’s voice and remaining ready to follow his direction, men fulfill their God-given role as protectors of the family. We first see this role in Genesis, where God commands Adam to cultivate and protect the Garden of Eden (Gen. 2:15).

Likewise, we see that Saint Joseph protected Mary and Jesus: first, by not divorcing Mary, taking her for his wife, and second, by quickly obeying God’s direction and fleeing into Egypt to preserve the lives of Jesus and Mary.

The extensive damage inflicted by unvirtuous men who disregard God’s guidance and pursue the satisfaction of their desires at the expense of others is made painfully clear by the recent headlines and stories that continue to surface.

Fellow men, I urge you to seek the Father’s mercy and help and bring your struggles to him in Confession. Follow the example of Saint Joseph, whose relationship with God allowed him to protect, treasure and raise the Son of God. Joseph put his trust and confidence in the Father and not in the world. He put his family, Mary and Jesus, first because he knew in his heart that the Father could be trusted.

I join my voice to my brother bishops, especially Bishop Olmsted of Phoenix, whose pastoral letter “Into the Breach” has strongly challenged men to rise to the occasion and pursue holiness. To quote Bishop Olmsted: “Men, do not hesitate to engage in the battle that is raging around you, the battle that is wounding our children and families, the battle that is distorting the dignity of both women and men. This battle is often hidden, but the battle is real. It is primarily spiritual, but it is progressively killing the remaining Christian ethos in our society and culture, and even in our own homes.”

May God give all men and women the courage to seek his forgiveness and healing, so that we can become a virtuous and holy people!