His Church. Our Experience.
Subscribe
HomeLocalThey were fathers and became saints
Local

They were fathers and became saints 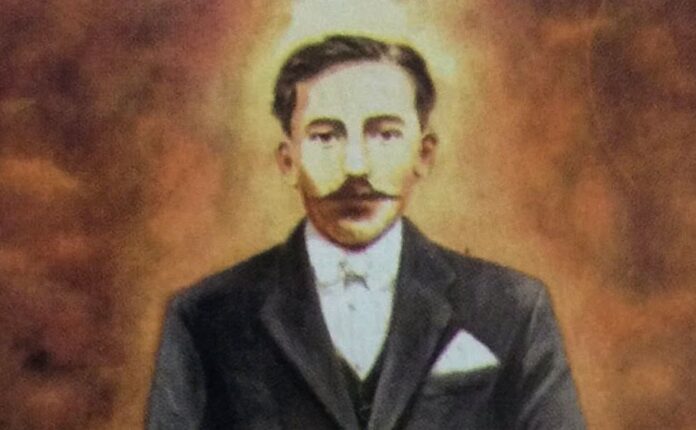 Fatherhood is undoubtedly a sure path to holiness. Being a faithful husband, educating one’s children in the faith and having Jesus at the center are all concrete ways of living according to the vocation of married life. Being a father is also a mission of educating one’s children and being a light in the world that illuminates the earthly realities and takes God to the ends of the earth though example and testimony.

To celebrate Father’s Day, we have highlighted the lives of some men who, in their vocation as fathers, reached holiness. Martin is the father of St. Thérèse of Lisieux and was canonized with his wife by Pope Francis in 2015. He was born in Bordeaux, France and was known for being a pious man and having a good heart. His father was a soldier. He loved literature, drawing and painting. As a young man, he thought he was called to the religious life and tried to join St. Bernard Abbey, but he was turned down for not knowing Latin. He devoted himself to learning the language but fell ill during that time and thus realized that God was calling him to holiness through marriage. At age 35, he married Zélie Guerin, with whom he had nine children, four of whom died at birth. The five daughters that lived embraced the religious life. In his family, virtue was nurtured through daily Mass, personal and communal prayer, frequent confession and participation in parish life. They were a middle-class family but lived a simple life. Louis loved to go on pilgrimage and visit the sick with his daughters. His wife died of cancer in 1877. His oldest daughter, Marie-Louise, undertook her mother’s responsibilities at age 17. St. Thérèse was only four years old. His daughters joined the convent: Pauline in 1882, Marie-Louise in 1886, Thérèse in 1888 at age 15 – for which she had to obtain a dispensation from Pope Leo XIII – and Leonine in 1899. “It is a great honor that the Lord wants to take all of my daughters,” Louis once said. He had a stroke in 1887 and lost his memory, the ability to talk, began to suffer from hallucinations and desired to embrace the monastic life. He died in September 1894, after which Celine, who had been taking care of him, also entered the Carmelite convent. Thomas Moore was born in Cheapside, England. At age 13, he moved to the house of the Archbishop of Canterbury to work as a messenger, and when the prelate became aware of the intellectual potential of the young Moore, he sent him to Oxford University. He obtained his doctorate in law at age 22. Moore thought he was called to be a Carthusian and moved to a monastery. Four years later, he realized this was not his vocation. He married Jane Colt in 1505 and had four children: Margaret, Elizabeth, Cecily and John. His obligations often required him to be away from his family, yet he articulated his love to his children and his constant concern for them. His wife died six years after their wedding. Moore married a widowed woman Alice Middleton. In 1529, he was named High Chancellor of England. Two years later, King Henry VIII divorced his wife and asked the Holy See to accept a second marriage to Ana Bolena. But since the pope denied his request, the king declared himself Supreme Head of the Church of England, giving rise to Anglicanism. The King then began to persecute those who did not accept the new order. Among those who opposed was Moore, who was apprehended for rejection the law. “I must obey my conscience and think of my soul’s salvation. That is much more important than anything the world can offer,” he said while imprisoned. He was sentenced to death and was beheaded in July 1535.

Morales is one of the martyr saints of the 20th century Mexican Cristero War. Born in Sombrerete, Zacatecas, he moved to Chalchihuites, Zacatecas at a young age. He entered the Seminary of Durango but had to leave to help provide for his family. As the owner of a bakery, he married Consuelo Loera in 1921 and had three children. He was known for being a working man, a layman committed to the apostolates in his parish and for having an intense spiritual life nurtured by the Eucharist.

He also stands out for being nurturing toward his wife and children. He was a member of the Circle of Catholic Workers and of the Catholic Action for Mexican Youth movements. He was also the leader of the National League for the Defense of Religious Liberty. In an address, Morales radically defended religious liberty and was denounced for it, along with his parish priest Father Luis Batis. The soldiers offered to release him if he accepted the antireligious law of President Plutarco Elías Calles, which he denied. At the point of death, he, like many of his countrymen, said, “¡Viva Cristo Rey! ¡Viva la Virgen de Guadalupe!” (“Long live Christ the King! Long live the Virgin of Guadalupe!”) Morales was canonized by St. John Paul II in 2000. He was son of King Louis VIII of France and Blanche of Castile. His mother instilled in him the love of the faith and horror of sin. After his father’s death, he was crowned king in 1226 and married Margaret of Provence in 1234, having 11 children, nine of whom reached adulthood. He nurtured his wife and cultivated a life of prayer of her, which included Mass, prayer of the Divine Office and frequent confession. He was especially attentive to his children’s education and wrote to them, saying that it was better to undergo martyrdom than to commit a mortal sin. He also urged them to accept any tribulation with gratitude and instilled in them the value of comforting the poor. During his reign, St. Louis condemned usury and sanctioned those who had charged high interest to return the money to those in need. He also sent an army to the Holy Land in 1247 to defend it from the Muslim invasion. He founded hospitals and would invite beggars for meals at his home. He died Aug. 25, 1270. On his death bed, he said, “Lord, I am happy because I will go to your heavenly home to adore you and love you forever.”