The providential demise of the Papal States 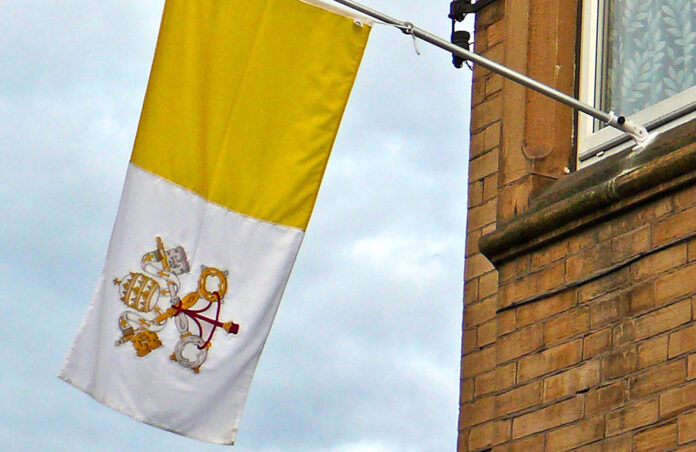 Evelyn Waugh’s Catholic traditionalism was so deep, broad, and intense that self-identified “traditional Catholics” today might seem, in comparison, like the editorial staff of the National Catholic Reporter. Yet the greatest of 20th century English prose stylists held what some Catholic traditionalists (notably the “new integralists”) would regard as unsound views on the demise of the Papal States: a lengthy historical drama on which the curtain rang down 150 years ago this month.

In the third volume of Waugh’s Sword of Honor trilogy, the novels’ protagonist, Guy Crouchback, makes Italy’s surrender in World War II and King Victor Emmanuel III’s flight from Rome the occasion to lament, to his father, the papacy’s acquiescence to its loss of the Papal States: “[This] looks like the end of the Piedmontese usurpation. What a mistake the Lateran Treaty was…How much better would it have been if the popes had sat it out and then emerged saying, ‘What was that all about? Risorgimento? Garibaldi? Cavour? The House of Savoy? Mussolini? Just some hooligans from out of town causing a disturbance…’”

To which Gervase Crouchback, a man of insight informed by deep piety, replies in a letter: “Of course in the 1870s and 1880s every decent Roman disliked the Piedmontese…. And of course most of the [Catholics] we know kept it up, sulking. But that isn’t the Church. The Mystical Body doesn’t strike attitudes and stand on its dignity…When you spoke of the Lateran Treaty did you consider how many souls may have been reconciled and have died at peace as a result of it? How many children may have been brought up in the faith who might have lived in ignorance?”

The “Piedmontese” – the forces of the Kingdom of Italy led by the House of Savoy – seized control of Rome on September 20, 1870, and Pope Pius IX retired behind the Leonine Wall as the “prisoner of the Vatican.” As a result, many of Europe’s great and good thought Catholicism finished as a force in human affairs. More fools they – and more foolish still those who, today, mourn the loss of papal sovereignty over a much larger territory than the micro-state of Vatican City (essential to protect the pope’s independence) created by the 1929 Lateran Treaty.

About a year ago, I was lecturing on my book, The Irony of Modern Catholic History, and suggested that the loss of the Papal States had been the best thing to happen to the papacy in an often-brutal 19th century. It had liberated the pope to be a powerful voice of moral witness and persuasion in the world, unencumbered by the sometimes shabby compromises inherent in governing a state and playing European power politics. That moral power had been demonstrated in many ways, I said, not least by John Paul II’s pivotal role in the collapse of European communism: a role he certainly could not have played as the autocratic ruler of a large swath of central Italy.

There were a few of the new integralists in the audience that night. I noticed them quietly nudging each other, perhaps whispering behind their hands, “There he goes again.”

The loss of the Papal States was a great boon to the papacy and to the Church’s evangelical mission, and for several reasons. Civil governance of a considerable territory by a clerical caste had, over time, proven an obstacle to Catholicism’s evangelical, catechetical, and sanctifying missions. In the popular mind, an authoritarian political regime, the Papal States, was identified with “the Church.” That was not only theologically dubious; such a close identification had corrosive spiritual effects, as clerical corruption and incompetence made preaching the Gospel in an increasingly secular environment even more difficult.

Moreover, the very fact of clerical mayors and governors undercut the Church’s teaching that the priest is an icon of the eternal priesthood of Jesus Christ, who, in John 6:15, flatly rejected temporal kingship. To make matters worse, the pope, as absolute monarch of a Grade-D European power, too often found himself in the position of having to make an international alliance with one Catholic country against other Catholic countries – thereby compromising his primary mission as universal pastor of the Church.

Catholicism is blessedly rid of all that. The sesquicentennial of the end of the Papal States is a moment to ponder the workings of divine providence in history, including the divine capacity to write straight with what may seem, at the time, crooked lines. It certainly isn’t an occasion for grief.