His Church. Our Experience.
Subscribe
HomeLocalThe legacy you leave: Planned giving made easy through the Catholic Foundation
Local

The legacy you leave: Planned giving made easy through the Catholic Foundation 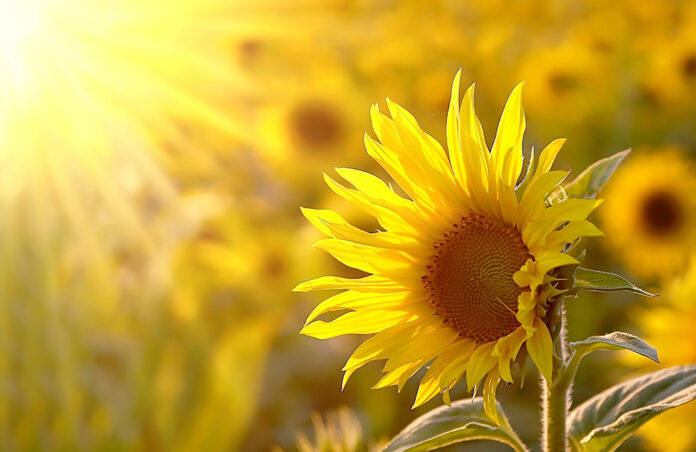 At 92, widower and former teacher Norbert Brady relishes sharing time with his seven children and their families — which includes 20 grand- and great-grandchildren — golfing when the weather permits, reading, and worshiping at Holy Name Church in Denver.

Filled with photos of loved ones and statues of saints, the home he and his late wife Agnes built in 1970 speaks of family and faith.

Active with the vocations-fostering Serra Club, in August, via Zoom, his club featured Deacon Steve Stemper, president and CEO of The Catholic Foundation, who talked about planned-giving. The talk spurred Brady to include his parish and Catholic Charities in his will, in addition to his children.

“It made me realize I hadn’t made any provisions to leave anything for charity, or the Church, when I died,” Brady told the Denver Catholic. “I thought it was time I did that.”

What moved him was a parable-like story Deacon Stemper shared about an experience he had with his then 80-year-old father, who told him he was updating his will and was dividing his estate into four parts, leaving everything to his four sons.

“I invited Dad to pray with Mom and consider treating the Church as one of their children, splitting the estate five ways instead of four,” Deacon Stemper recalled. “I said, ‘Dad, Scripture gives us some great promises. In Luke 12:33 we hear: Give alms. Provide money bags for yourselves that do not wear out, an inexhaustible treasure in heaven. Wouldn’t you like to build some treasure in heaven so to speak?’

“Dad comes back to me about a month later and said, ‘Steve, I’ve got some good news and bad news for you. The good news is, your mom and I did pray about that thing you suggested and we’re going to do that: we’re going to split our estate five ways and leave 20 percent to the Church. The bad news’ — he jokingly added —‘is it’s all coming out of your share!’ My Dad hadn’t thought about it until he was asked to pray about it.”

That resonated with Brady.

“That idea is what caught on with me,” Brady said. “That instead of having seven children, I’d have eight [parties the estate would go to]. The eighth portion will be split between Holy Name and Catholic Charities [through The Catholic Foundation].”

When Brady told his children about the change, which ultimately will make a nominal difference in what they will get, they didn’t object.

“They knew they were going to get part of ‘the great inheritance,’” Brady said with a laugh. “They said, ‘We knew you’d do what needs to be done.’”

The Catholic Foundation, a 501(c)(3) public charity, made the change easy for him and at no cost.

In addition to assisting parishioners with giving, The Catholic Foundation also invests their funds following morally responsible investment standards. The foundation is its own entity, legally distinct from the Archdiocese of Denver.

“That helps us steward and protect the gifts entrusted to us with the ultimate goal of building the kingdom of God,” Deacon Stemper said. “We gather, grow and give. We gather funds…long-term gifts for the benefit of the Church. We invest those — grow them — and then we give grants. Last year, we gave 753 grants totaling $11 million to over 200 different organizations — parishes, schools and other Catholic-related organizations, primarily local. The [two archdiocesan] seminaries were the biggest single recipient.”

While a person can leave a gift directly to a parish or charity, channeling it through the foundation avails the donor of the foundation’s expertise for free. It can also save a step for the recipient, who oftentimes will turn to the foundation for help handling it.

“That is our expertise,” Deacon Stemper said. “We can handle these gifts on behalf of the parish or entity in a way that is efficient, effective and cost-saving. We don’t charge the parishes. It’s a no-brainer to use us since we’re going to help them with it anyway.”

There’s no amount too small, nor too large, to give, Deacon Stemper said.

“Jesus has some of his highest praise in the Gospels for the widow’s mite,” he noted. “Likewise, a gazillionaire also needs to be generous; the Lord’s entrusted you with much, so why would you not give ‘much’? The Church is arguably the most worthy recipient of our charity.”

Giving through the foundation from a planned gift, Deacon Stemper said, is the easiest gift a person will ever make.

“You literally leave it behind,” he said. “If you’re going to leave the Church say 20 percent (of your estate), regardless of how much you leave behind, it’s 20 percent.”

A family of faith

The deacon encourages people to remember the Church in their will, citing St. Paul’s exhortation to, “Do good to all, but especially to those who belong to the family of faith” (Gal 6:10). He notes that St. Paul adds, “It is not that I am eager for the gift, rather, I am eager for the profit that accrues to your account” (Phil 4:17).

That promise heartens the foundation in their work, Deacon Stemper said, and they express their gratitude to parishioners by enrolling them in the foundation’s Holy Family Legacy Society, which includes invitation to an annual thank you Mass with Archbishop Samuel J. Aquila and remembrance in the foundation’s Masses, now and always.

Every adult should have a will, the deacon said.

“And every adult should pray about if the Lord is calling them to leave something to the Church,” he said. “They should be discerning, ‘Should I not leave 10 percent to the Church, or treat the Church as a member of the family?’

“Jesus didn’t tell one parable about stewards and talents, he told many. We want everyone to think: What’s the Lord calling me to do?”

If a person desires to leave a gift to the Church, Deacon Stemper urges them to do so through The Catholic Foundation.

“We’re Catholics’ ideal legacy partner. We’re your free, no obligation, advocate and advisor. We’re here to help you,” he said. “Like Norbert, a person is never too old to make a change. And don’t feel you don’t have the capacity to leave the Church something. Know it’s going to happen with God’s blessing. Do you not have something for God?”

Brady had been feeling he needed to do more, that his legacy wasn’t complete, when he learned of The Catholic Foundation.

“Then it hit me, ‘That’s what I’m going to do!’” Brady said. “I’d been thinking for some time to leave something to the Church, or to charity. I guess I did both!”

For more information, contact The Catholic Foundation at 303-468-9885 and visit TheCatholicFoundation.com.