The Healer: Paul McHugh at 90 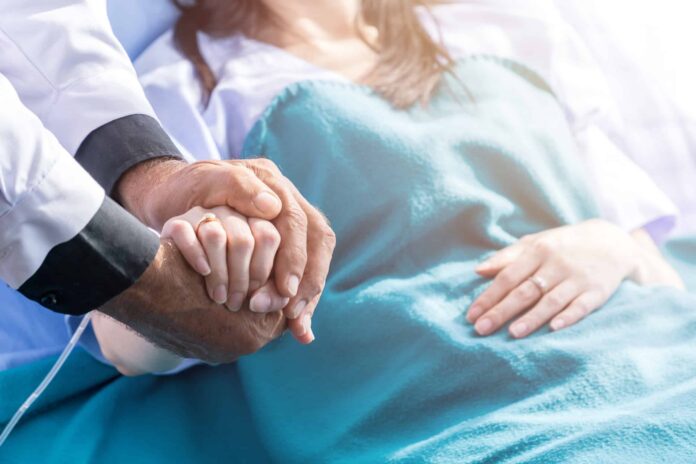 One of the adornments of American Catholicism turned 90 on May 21: Dr.  Paul R. McHugh, longtime head of psychiatry at Johns Hopkins and a healer after the heart of the Divine Physician. Few scientists have made greater contributions to unraveling the mysteries of our complex inner lives than Paul McHugh; few men of such eminence have suffered such calumnies from critics who haven’t one-fifth of his intellectual wattage or one-tenth of his moral courage. He has been a sign of contradiction for much of his professional life, not because he sought controversy but because he sought truth. And he did that because Paul McHugh, consummate scientist and serious Catholic, understands that knowing and living by the truths embedded in us and in the world helps satisfy our innate desire for happiness, while ignoring or denying those truths adds to the burdens of human suffering.

Who is Paul McHugh? The late, great Tom Wolfe, author of The Right Stuff, Bonfire of the Vanities, Radical Chic and Mau-Mauing the Flak-Catchers, and many other fictional and non-fictional gems of American cultural analysis, had this to say about him:

“Paul McHugh of Johns Hopkins is the man who rescued modern psychiatry from a coven of flaming nut cases with medical degrees who actually believed in such lunatic notions as ‘recovered memory,’ ‘sexual reassignment,’ ‘multiple personality disorder,’ ‘physician-assisted suicide,’ ‘Vietnam-specific post-traumatic stress syndrome,’ and destroyed innumerable lives as long as they held sway.”

Strong words, to be sure. But beneath Wolfe’s inimitable style lies the truth about Paul McHugh, psychiatrist and healer: he has challenged the conventional wisdom (about Freudianism, at the beginning of his career) and the latest fads (see Wolfe’s encomium for examples) because of his commitment to helping deeply troubled human beings. He has long worked to put the practice of psychiatry on a rigorous scientific basis, insisting on following the empirical evidence about what actually makes for healing and human flourishing – and about what makes for more mental distress and more suffering, such as  “transgendering.” His patients, he believes, deserve no less. And so does any self-respecting medical discipline. Substituting ideology and woke faddishness for evidence-based healing strikes Paul McHugh as a betrayal of those whom physicians are sworn to serve and a degradation of the healer’s unique vocation. Thus he has been a vigorous opponent of euthanasia and “physician-assisted suicide” as a practice that ill-serves patients, corrupts medical practice, and does grave damage to society.

Paul McHugh is also a writer of wit and polish, who taught creative writing to Hopkins undergraduates while shaping generations of psychiatrists at the John Hopkins University Hospital. His literary skills are beautifully displayed in his 2006 book, The Mind Has Its Mountains: Reflections on Society and Psychiatry, in which he discusses everything from the battles he’s fought against various forms of witchcraft in his profession and the relevance of Shakespeare for psychiatrists (and the rest of us) today. In that old-fashioned term, Paul McHugh is a “man of letters,” who ranges widely over the humanities and sciences because of an unquenchable thirst to get at the truth of things, see how those truths fit together, and put them to use in service to others and the common good.

If American culture ever recovers its senses, Paul McHugh will be recognized as one of the great figures of our time. That he’d laugh at the idea is due to an estimable (and deeply Christian) humility. In witness thereof, consider these remarks he made to a Phi Beta Kappa induction ceremony some years ago:

“I presume I was invited because I am a psychiatrist who studies severe mental illnesses. Thus before I start on my main theme, let me disabuse any of you who think that as a psychiatrist I know the secrets of life and have brought them with me….

“Psychiatrists are physicians. We work in clinics with the handicapped. We do good work and help many people recover. But we don’t explain courage, endurance, commitment, creativity or any of the other vigorous virtues… One should no more expect a psychiatrist….to explain, say, the remarkable achievements of Ignatius Loyola than expect an orthopedist who works on broken joints and bones to explain the grace, fortitude, and athleticism of Cal Ripken or Kristi Yamaguchi. We fix them when they’re hurt but they do their thing on their own.”

Such modesty, combined with such unfeigned admiration for the gifts of others, is a rarity at the highest altitudes of academic life, where Paul McHugh has labored for over a half-century. Thank God for his example. It’s more essential today than ever.