Radical living and my friend Shelly 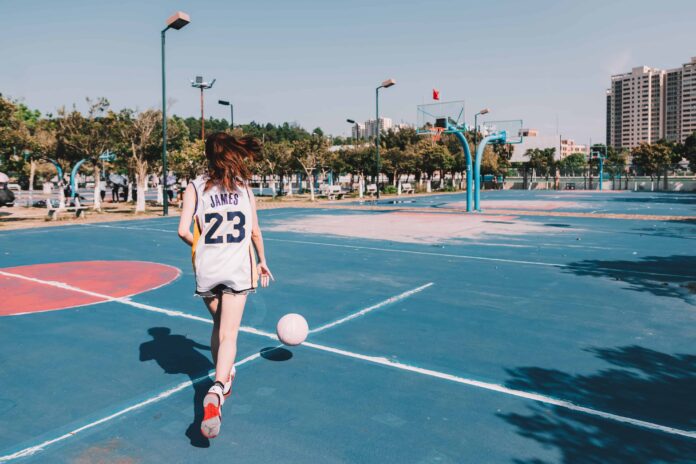 I saw my friend Shelly the other day, for the first time in 28 years.

Back in the day, she was Shelly Pennefather, basketball phenomenon. She led Denver’s Bishop Machebeuf High School’s women’s basketball team to three undefeated seasons, a 70-0 record. In her senior year, her family moved to Utica, New York, where she led the Notre Dame High School team to a 26-0 season, giving her a no loss record for her entire high school career. She remains Villanova University’s all-time scorer — men’s and women’s — with a career total of 2408 points.  She also holds the women’s rebound record, at 1171. She is a three-time Big East Player of the Year, the first All-American out of the Big East, the 1987 National Player of the Year, and a winner of the prestigious Wade Trophy. She’s been inducted into the Philadelphia Women’s Big Five Hall of Fame, and Villanova has retired her jersey. After college, she played professional women’s basketball in Japan. She was making more money than anybody I knew.

She doesn’t go by Shelly anymore. These days, she is Sister Rose Marie of the Queen of Angels. She lives in the Poor Clares Monastery in Alexandria, Virginia. She joined their community in 1991 and took her final vows in 1997. They are cloistered, which means that they don’t leave the monastery, except for medical emergencies. Her only contact with the outside world is through letters, and very limited visits with family and friends. She’s never used the internet, doesn’t know what Facebook is, and when she saw a visitor answer a cell phone, she asked “What is that?”

Why? Why on God’s earth would a basketball star of this magnitude just walk away from the game and the fame, or go from being one of the world’s highest paid women’s basketball players to taking a vow of perpetual poverty? Why would an attractive, funny, vivacious 25-year-old woman renounce marriage and family to lock herself up in a monastery? Why would a loving daughter and sister embrace a religious discipline wherein she could only see her family — through a screen —a few times a year, and hug them only once every 25 years? Why would anybody voluntarily live a life in which they could own nothing, sleep no more than four hours at a time (on a straw mat), eat no more than one full meal a day, and use telephones, TV, radio, internet and newspapers — well, never?

It all boils down to this: We’re all gonna die. And when we do, all of the money and the prestige and the accomplishments and the basketball awards are going to fall away. All that will be left is us and God. If we play our cards right, we will spend eternity beholding his face and praising him. And, as St. Augustine says, that is where our truest happiness lies — in this life as well as in the next: “Our hearts were made for Thee, O Lord, and will not rest until they rest in Thee.”

Cloistered sisters like the Poor Clares make the radical choice to live that way now — to begin their eternal life here on earth. As religious sisters, they are brides of Christ, and they focus their lives entirely on their bridegroom, without the distractions of all the stuff that’s going to fall away after death anyway. They spend their lives primarily in prayer — praying for you and for me and for this entire mixed up world and in deepening their own relationship with Christ.

This, it goes without saying, is a radical way to live. It is not for everyone, or even for most people. It is a free choice on the part of the sisters. But they do not take the initiative. God himself is the initiator. He calls them to this life, and they freely respond. Sister Rose Marie herself told her coach that this was not the life she would have chosen for herself, but it was very clear to her that it was the life God was calling her to.

I finally got to see Sister Rose Marie last weekend, as she celebrated the 25th anniversary of her solemn vows. I had the privilege of witnessing the once-every-25-year-hugs she gave her family. I spoke to her briefly, from behind the screen. She was always a cheerful person. But I saw a joy and a radiance in her that day that I have rarely seen ever, in anyone. It was beautiful.

The great gift these sisters give to us, aside from their prayers, is that they remind us that this life, and all its pleasures and distractions, will not last forever. And their dedication and their joy give us a small glimpse into the joy that is in store for us, if we can only imitate in some small way their singular focus on their Bridegroom.

Pray for them. And pray for the grace to do what they do — to rise above the distractions of this world and look toward the life that never ends.