His Church. Our Experience.
Subscribe
HomeLocalQ&A: From sports news to the Good News
LocalQ&A

Q&A: From sports news to the Good News 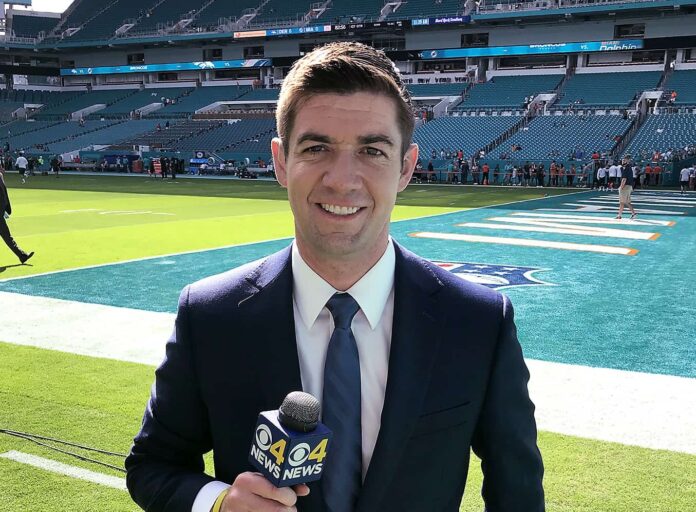 Mark Haas thought he would be a sports anchor for much of his career. God had other plans.

Now, Haas is the new Director of Public Relations for the Archdiocese of Denver — a position that the communications office for the archdiocese has never traditionally had. Haas has enjoyed a fruitful career as a TV sports anchor — including a four-year stint on CBS 4 here in Denver — and brings a unique skillset to the archdiocese.

So how did Haas go from being a sports anchor covering the Denver Broncos on Super Bowl 50 to the director of public relations for the Archdiocese of Denver? We sat down with him to find out.

Denver Catholic: What sort of background do you come from?

Mark Haas: I grew up in Fort Collins and became very interested in the combination of sports and media, so I wanted to create a career out of that. I went to the University of Southern California, and then spent the next 12 years working my way through small television markets, with stops in St. George, Utah, Los Angeles, Bakersfield, Calif., and then four years here in Denver at CBS 4. I’ve spent my career working on the media side, so I have an understanding of how newsrooms work and I’m hoping that in this role, knowing how journalists work will help me to spread the stories and message of the Church in northern Colorado.

DC: How does a sports anchor end up as a PR director for the Catholic Church?

MH: I was born and raised Catholic, and like a lot of young adults, I went through some ups and downs in terms of my faith, but in the tough times, I’ve always been drawn back to a relationship with the Church and with God. Especially within the last year – I thought I was going to have a long career doing sports television. It was something I liked, it was something I enjoyed, it was something I thought I was good at. But I was faced with an unexpected job loss, and looking at what was important to me in terms of staying in Colorado, starting my family here and wanting to find a career that had value, I really turned the situation over to God. To best of my ability, I said, “Whatever you have planned for me next, I’ll do.” Through a long process of applying for jobs, interviewing for jobs, and trying to figure out what my skills could translate to, I ended up at the archdiocese and found a group of people that saw some value in my previous experiences and how I could translate them into some new experiences. There was a disappointment in leaving a career I loved, but there is excitement now in getting to start a new chapter and work for my Church and work in a capacity where I can better live and grow my faith.

DC: What are your goals as the PR director for the archdiocese?

MH: I think that for a long time local news coverage, in general, focused mostly on negative stories, but I’ve seen that start to change and local media give more attention to positive stories, and is there any better news than the news of Jesus Christ? My goal is to help highlight some of the great things that are happening in the Catholic Church and to make sure people are aware of the services that are offered by the Catholic Church.

I’ve also seen in my career, that many people have a negative opinion of the media and are hesitant to trust them, but it’s been my experience with the reporters, anchors and journalists I’ve worked with that they sincerely want to do a good job – they want to tell fair and truthful stories. So, my goal is to bridge the gap and be a great liaison between the media and Catholic Church, helping the local outlets do their job, and inviting them to tell our great stories.

DC: Who’s the most famous person that you’ve met?

MH: Peyton Manning. Peyton was very smart with the media and he knew how to avoid questions that he didn’t like. During tough times with the Broncos, he had a way of making a joke that we would all kind of bite on and that would become the headline as opposed to talking about the struggles with the team. He was very skilled – but professional – with the media.