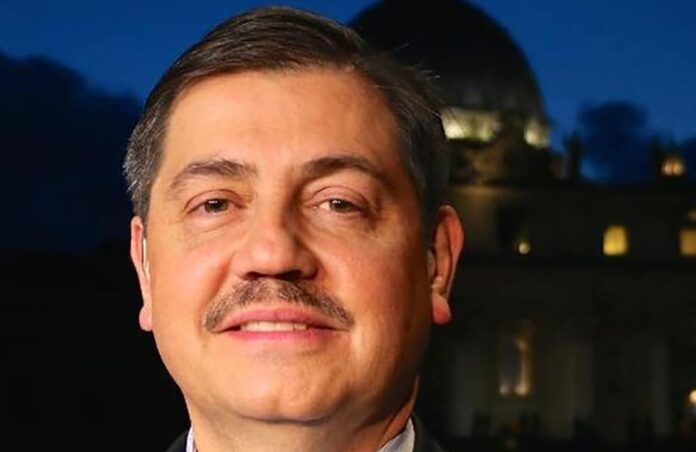 The Catholic Church has always been universal, embracing the diversity of every land, race and culture as she has spread to the ends of the earth. In the U.S., the demographics of the Church are changing rapidly: According to Pew Research Center, Hispanics make up 34 percent of the Church, and of the millennial generation, 54 percent are Hispanic, which sets the ethnic demographic on track to change the face of the Church as we know it today.

Alejandro Bermudez, executive director of Catholic News Agency, will speak Sept. 5 at the St. John Paul II Lecture Series in the Archdiocese of Denver on this topic and how the U.S. Church and all its faithful should respond.

Denver Catholic: The number of Hispanics in the U.S. is continually growing – how are we seeing that reflect in our parishes and how is it impacting the cultural dynamics there?

Alejandro Bermudez: Currently, 34 percent of the total population of Catholics in the U.S. is Hispanic/Latino, and currently a whopping 22 percent of  U.S. Catholics — one in five — were born in Latin America and the Caribbean. In some areas of the U.S., like the South for example, Catholicism is experiencing a significant growth, and Latinos are the driving force of the birth of “mega parishes.” These numbers are even more relevant if we consider that 56 percent of U.S. Catholic millennials, that is, a majority, are Hispanic/Latino. This means that probably every aspect of the life of the Church in the U.S. will be touched by this demographic factor.

DC: Your lecture on Sept. 5 will show how this issue is one that needs to be seen beyond the debate of immigration. Why is this so important for Catholics to realize?

AB: In fact, when we think about Hispanics, we mostly think about the complex immigration issues, from immigration law to immigration enforcements. But Catholics committed to the New Evangelization should think instead on how Hispanics are reshaping the nature of American Catholicism as radically as the Irish, who not only changed but determined the face of the U.S. Catholic Church as we know it. A similar seismic shift is on its way now, and we should not miss it as a crucial phenomenon that will determine our future.

DC: How can the Church accompany the growing Hispanic population?

AB: The Church in the U.S. has been making tremendous efforts to accommodate the new demographics, but we need to evolve from the belief that Hispanics are “a pastoral issue” that requires its own diversity pastorally, to one that understands that they are the new face of the Church, that the whole Church is turning Hispanic.

DC: How can parishioners welcome the changing dynamic?

AB: Because they are shaping the immediate future of our Church, Hispanics should not only be welcomed and accommodated in our parishes because of our Christian charity. It’s also the smart thing to do for the future of the Catholic Church in America. The more we integrate Hispanics with the values they bring to the table, the stronger our Catholic community will be able to face a rather uncertain future for religion in America.

DC: What is the significance of Hispanic Catholics in the present and future of the U.S. Church?

AB: As we face the first generation in U.S. history, millennials, to have so many members who are “spiritual but not religious” and vastly claim to have no religious affiliation, Catholicism is one of the few denominations in America that is still growing. The reason? Hispanics and their birthrate. But at the same time, young Hispanics are becoming unchurched at a very fast rate. We need to make sure that we Catholics have an evangelization plan not only to survive, but to thrive. Hispanics are the key component of that plan.

The lecture on Sept. 5 will be held  in the refectory of St. John Vianney Seminary at 1300 S. Steele St., Denver, and will begin at 7:30 p.m. For more information, or to RSVP, visit archden.org/lecture.