His Church. Our Experience.
Subscribe
HomeLocalNew documentary explores life of Native American up for sainthood
Local

New documentary explores life of Native American up for sainthood 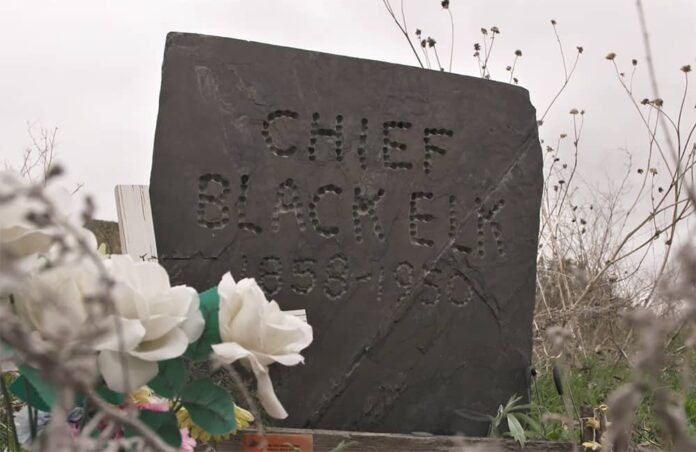 What can an American Indian who was the second cousin of the great war chief Crazy Horse and a veteran of the Battle of Little Bighorn and Wounded Knee teach the world about faith?

A new documentary on the life of Nicholas Black Elk will answer this question and many more when it airs this Saturday, May 23 at 11 a.m. on Denver’s KMGH (Channel 7). Walking the Good Red Road: Nicholas Black Elk’s Journey to Sainthood explores the life of this fascinating Servant of God who was born into the Oglala Lakota people and became a fierce catechist and evangelist later in life. The documentary was supported and funded by the United States Conference of Catholic Bishops.

As a young man, Black Elk was a medicine man, also called a holy man, healing people through the power of song and rituals. However, in 1904, Black Elk discovered a different kind of healing – and holiness – through the Catholic Church. After converting, he became a missionary disciple, traveling to nearby Indian reservations and speaking to Catholic groups around the country. He was responsible for the conversions of over 400 people to Catholicism.

Black Elk’s cause for canonization was opened in August 2016 by the Diocese of Rapid City in South Dakota. Throughout his life, he endured much suffering, including the loss of wives and children and a complete upending of his way of life as a Native American. Still, his faith never wavered, and he re-examined his Lakota ways of life in light of the truth of the Gospel. He recorded his thoughts in The Sacred Pipe, a book written shortly before his death in 1950.

Today, Black Elk stands as a lasting example of maintaining a strong faith and witness to Christ in an ever-changing world. As Damian Costello, international expert on the life and legacy of Black Elk puts it, “How many of us have the faith of Saint Francis to know the sun as brother and moon as sister? Who among us could comfortably sojourn in the wilderness for a couple of days, let alone 40 like Christ? Black Elk could and he brings that witness to the church.”