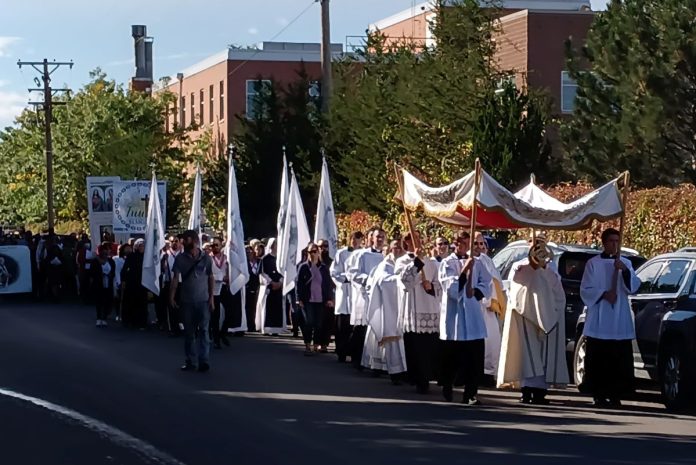 Earlier this month, hundreds of people gathered outside of the Planned Parenthood clinic in Park Hill to participate in a Eucharistic procession led by Bishop Jorge H. Rodríguez in a powerful witness of communal prayer for the end of abortion.

The Oct. 1 procession began in the Stations of the Cross garden of Marisol Health clinic, a ministry of Catholic Charities of Denver that provides medical attention and supports the lives of the unborn through medical care, advice and social services to those women who are facing unplanned pregnancies.

While the pro-life groups are in constant prayer outside various abortion clinics, the Planned Parenthood clinic in Park Hill was chosen for this eucharistic procession, as it is one of the clinics in which the most abortions take place in not only Colorado, but in the entire country.

“Catholics process around Planned Parenthood Park Hill because this is the third largest abortion facility in the country, performing over 10,000 abortions every year. Colorado has become an abortion destination, being one of the few states that allows abortion up to birth,” said Therese and Deacon John Ton of Our Lady of Loreto Parish’s Respect Life Group.

Laura Acosta, a parishioner of Holy Cross Parish in Thornton, was part of the procession, accompanied by her nephews and nieces, who from a young age have followed their parents’ and aunt’s example of giving loving testimony to the defense of the most sacred thing — life.

“I involve them so that they may know what it truly means to bear witness to our love for Christ,” Acosta said. “When we love God, we give testimony to the faith that we have in our Lord Jesus Christ, who sends us to love our neighbors as ourselves.”

Patty Cardieri, who also was part of the procession, is an active member of the Respect Life group at Assumption Parish in Denver and prays every day for the unborn and for a culture that respects the dignity of life from birth to natural death.

“I am a regular prayer warrior over at Planned Parenthood. I’ve been going to pray outside for six years, since I moved to Denver,” Cardieri said. “It’s so important because we’re hoping that our presence there, when people are outside praying, abortions go down. We had somebody who went over to Marisol instead of going into Planned Parenthood.”

The Catholic Church works to help persons in need during every age of life, regardless of their situation, defending their honor and dignity. In Colorado, women with unexpected pregnancies have many options.

“People should be aware of the generosity of the Catholic Church in Colorado. To help women, we have Marisol Health, Marisol Family, Bella, and Little Flower Maternity Home. We can make a difference,” said Deacon Ton.

The eucharistic procession took place during the 40 Days for Life campaign, which began September 28 and continues until November 6. The campaign seeks the end of abortion through prayer outside of abortion clinics all over the nation. In Denver, many pro-life groups and volunteers have united behind the cause, holding vigils outside of the Park Hill clinic during each of the 40 days of the campaign.

Among those participating in the procession were faithful from more than two dozen parishes of the Archdiocese of Denver, as well as prayer groups, ministries, seminarians and Sisters of Life.

“The Eucharistic Procession reminds us that we are pilgrims following Jesus,” said Deacon Ton. “We can make a difference. When people pray outside abortion facilities, up to 75% of abortion appointments are no-shows.” 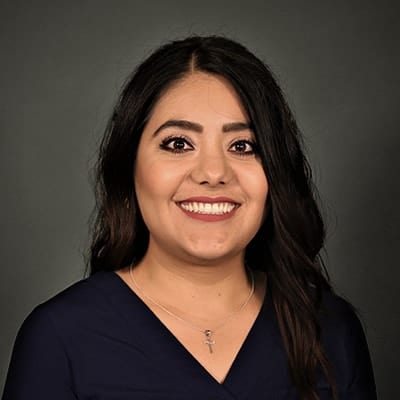