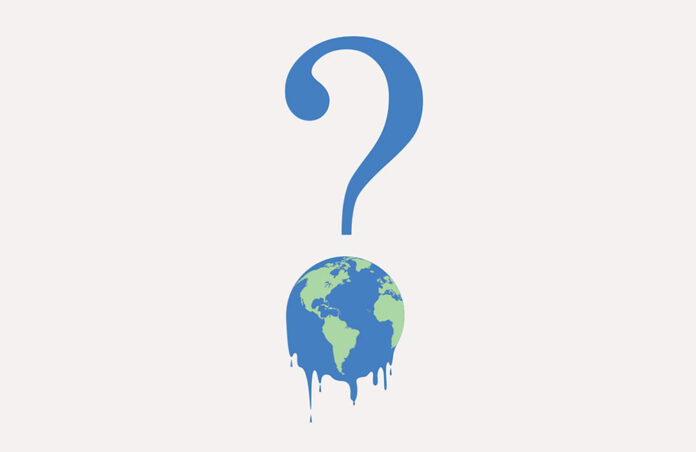 I claim no expertise in climate science. I do claim a certain competence in detecting spin in the media; for I’m a card-carrying member of that clan, as I’ve committed print journalism for more than 40 years and worked in television for over 20. Thus credentialed, I rise to note that serious spin has dominated media coverage of climate change for a long time now. There are, to be sure, exceptions to this rule. Since Hurricane Katrina, though, it’s generally been all-hysteria-all-the-time in reporting and commentary on weather and climate change. This may get eyeballs onto screens and newspaper pages; it doesn’t do much for cool, calm public debate.

So when the chief scientist in the Obama administration’s Energy Department, who’s also a professor of physics at Cal Tech, challenges the spin and the hysteria, attention should be paid. That’s precisely what Steven E. Koonin does in the recently published Unsettled: What Climate Science Tells Us, What It Doesn’t, and Why It Matters: he takes on just about every shibboleth emboldening today’s crusaders against climate change. Professor Koonin doesn’t deny that the planet is warming and that human beings have something to do with that. He does question some of the claims behind the present drive to Do Something! through massive governmental interventions.

Thus, to quote from the Wall Street Journal review of his book, Professor Koonin shows, from the scientific data, that “tornado frequency and severity are…not trending up; nor are the number and severity of droughts. The extent of global fires has been trending significantly down. The rate of sea-level rise has not accelerated. Global crop yields are rising, not falling. And while global CO2 levels are obviously higher now than two centuries ago, they’re not at any record planetary high – they’re at a low that has only been seen once before in the past 500 million years.”

Not shocked (or angry) at Professor Koonin yet? Then try his own words: “Heat waves in the U.S. are now no more common than they were in 1900…the warmest temperatures in the U.S. have not risen in the past 50 years….Humans have had no detectible impact on hurricanes over the past century….Greenland’s ice sheet isn’t shrinking any more rapidly today than it was 80 years ago… The net economic impact of human-induced climate change will be minimal through at least the end of this century.”

As I said, I’ve no credentials to judge the accuracy of Koonin’s assertions. I do like his against-the-grain boldness, and I certainly agree with his argument that the science – not media and activist spin on the science, but the actual data from the many authoritative reports he cites – should govern decision-making about public policy and climate change. I also have an idea of why the climate debate has become so emotionally fraught. It’s not just because of media spin and political opportunism, although both of those play their part. It’s because environmentalism has become an ultramundane pseudo-religion.

That religion has a deity: Gaia, the Earth. It has a sacred text: Rachel Carson’s 1962 book Silent Spring, which began the transformation of the American conservation movement (which respected the natural environment without deifying it) into contemporary environmentalism. It has its religious holidays, “Earth Day” being the Pentecost of the new religion and the occasion for homiletics that mimic Peter in Acts 2:14-36. (A pre-K student, I’m told, brought home from school this past April 22 the revelation that “we should get rid of our cars because they’re bad for the air.”) Gaia-religion has a kind of ersatz sacramental life: I’ve been in circumstances where there are seven recycling bins, which certainly rings bells in the Catholic mind. It inculcates a moral code; some of it makes sense – How can anyone object to the fact that our highways and national parks are virtually litter-free these days? – but other parts of it veer into the worst forms of elitist, anti-natalist zealotry, as when some of the new religion’s prophets urge shrinking the planet’s human population by six billion people in the name of saving (or appeasing) Gaia. And I certainly can’t be the only person who’s noticed that carbon trade-offs are the new religion’s form of indulgences – the selling of which in the 16th century led to a lot of trouble.

Is ours a secular world? Or is it a world that’s traded authentic religion for a modern form of idolatry – one that’s corrupting our politics because it displaces reason with the kind of existential dread the ancient Canaanites once felt about Moloch?