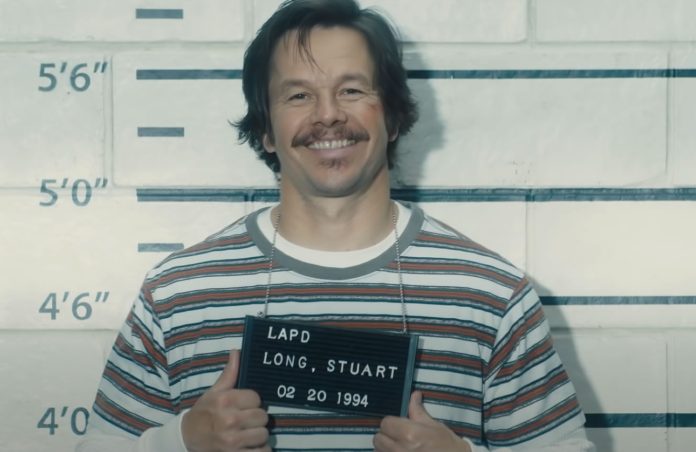 Is anyone beyond redemption? Last year’s sleeper hit film Father Stu showed that with the grace of God, anything is possible — even something as crazy as making a humble priest out of a rough-edged boxer.

The film, which was produced by and stars Mark Wahlberg as Father Stu, was very well-received for its authentic portrayal of the priesthood and the Church (read our review here), but it drew ire from some due its the strong language which landed the film an R-rating. Taking this criticism to heart, Wahlberg decided to re-cut the film as a PG-13 version for a wider audience in the form of Father Stu: Reborn, which hit theaters in December.

Father Stu: Reborn is based on the true story of Father Stuart Long, a priest of the Diocese of Helena, Montana, who died in 2014 at the age of 50 from a rare progressive muscular disorder. He was ordained a priest by Bishop George Leo Thomas in 2007 after God took the crooked lines of his life and drew a path for him to the priesthood.

Bishop Thomas now serves as the bishop of the Diocese of Las Vegas, but Father Stu is someone whom he will carry in his memories for the rest of his life.

“My recollections are pretty consistent from his seminary time all the way through ordination,” Bishop Thomas told the Denver Catholic. “[He was] a very intelligent kid, very strong willed, very humorous. I think his foul mouth got probably tamed out of him by the time I met him because I never did hear any kind of language. But I know that he had a life on the the streets in Helena. He was a boxer, to be sure. I have a very large family and some of my family’s friends taught him in high school. I was very close friends with one of his history professors, and they described him as argumentative and obstreperous.”

That history professor was Father Jeremiah Sullivan, who Bishop Thomas credits with planting a seed in Stu that would ultimately change the trajectory of his life.

“Father Jeremiah Sullivan was a history professor at Carroll College and also a Golden Gloves boxer related to Evel Knievel in his family lineage. He was the one who initially saw what he described as this untamed anger in his life,” Bishop Thomas recalled. “And he took him aside after class and he said, ‘you’ve got to get to the bottom of this. It’s really it’s taking your life in a direction you don’t want to go.’ So he took him down to the boxing ring, he put gloves on him. And in addition to teaching him to box, I think he was responsible for uncovering the epicenter of his anger, which was the death of his little brother who died at age four. It was an unresolved anger both for Stu and for the family. I think that was a almost like a trajectory that that took him a different direction in his life and actually turned that life around.”

As the film shows, it took Stu a while to find his grounding in life. He went from being a boxer in Helena to a struggling actor in Hollywood, to eventually discerning a call to the priesthood. While in seminary, Stu was diagnosed with a rare degenerative muscular disease that only worsened as he progressed through seminary. When it came time for his ordination, the seminary did not recommend that Stu be ordained a priest.

“I received Stu’s evaluation from the seminary, and because his illness was so advanced at that stage of the game, they correctly advised against his ordination,” Bishop Thomas explained. “Priesthood is so physically demanding, mentally demanding, and he was already on crutches. He was very weak at that time. So they recommended against orders. And I was just so saddened to receive the recommendation. And for almost two full weeks, I would pray morning and night for guidance and the same theme in my prayer life kept coming back: that is there is power in suffering, bring him forth.”

Through much prayer and discernment, Bishop Thomas ultimately decided that he would ordain Stu a priest. He remembers that at Father Stu’s ordination, he was too weak to lie prostrate on the floor before the laying of hands, but he went through the ordination nonetheless.

“At the end of the ordination, after communion, he gave a very touching talk and he said to the people, ‘I stand before you as a broken man,'” Bishop Thomas said. “But he begged the people’s prayers and he promised he would do the very best he could do. They gave him only two years to live, and he lived just about six full years. He lived a marvelous priesthood in those six years as a spiritual director, as a confessor, as a celebrant at the Mass.”

One of the more memorable moments of Father Stu’s priesthood came when Stu’s dad was received in the Church, which was toward the end of Bishop Thomas’ tenure in Helena. Bishop Thomas recalled how Father Stu was too weak to be the one to receive his father into the Church, and though he was confined to a wheelchair, he was sure to attend the Easter vigil to see his dad come into the very same Church he fell in love with.

“As the catechumens and candidates gathered at the baptismal font and as his dad was making his profession of faith, I looked over at Stu and you could see a tear coming down the side of his face,” Bishop Thomas said. “And I think that in a way, he felt like his life was complete. Everything he wanted was there, most especially the conversion of his parents. And so he seemed to almost be released from his duties, shall we say, at that night on the at the Easter vigil, as his dad recited the creed.”

As Father Stu’s disease progressed, he became weaker and weaker — too weak to even lift the weight of the host at the consecration, Bishop Thomas said. He could only do so with help from the altar boys, who would take his hand while he held the host and lift his hand up right during the elevation.

With stories like these, it’s no wonder that Mark Wahlberg took an interest in making a film about the life of Father Stu. When Wahlberg, a Catholic himself, approached Bishop Thomas about the film, it became apparent that the only reason Wahlberg wanted to make the film was out of love for the Church.

“What struck me was that he told me what he had in mind and he said, ‘Bishop, the church has been through so much, I want to do something beautiful for the Church,'” Bishop Thomas recalled. “And I said, Well, you just sold the product. To me, That’s worth all the time and effort you can put into it. I told him I’d be happy to be in the wings, to be able to advise him about some of the factual questions. I just felt like a very he’s a very sincere man. He loves the Church.”

Upon viewing the first cut of the film, Bishop Thomas said he “knocked it out of the park”; his only criticism was the amount of crude language the film contained. He expressed his concerns to Wahlberg, and although the initial release kept the language, Wahlberg eventually heeded the bishop’s words, which prompted the re-release of the film as Father Stu: Reborn.

“He called me [one day] and he said, ‘You remember what you said about the movie and the language?’ He said, ‘Well, I have decided to take your words to heart, and we’re going to do a sanitized version coming out in December without the language in it,” Bishop Thomas said.

It’s not often that a bishop has the chance to work so closely with a big-time Hollywood actor to tell a story like Father Stu’s, and Bishop Thomas was happy to support Wahlberg’s vision for the film along the way.

“If it brings one person back to the Church or it inspires one vocation to priesthood or religious life, it’s worth everything that he put into it and all of our support for him,” he said.

With renewed enthusiasm for the film’s re-release, Bishop Thomas has also authored a study guide for the movie that’s meant to be used in the parish setting, such as for confirmation classes or in high school or junior high groups. The guide was published by Twenty-Third Publications and contains a series of questions based on the themes of the movie. It can be found here.

Epiphany: The real reason to leave your lights up after Christmas