His Church. Our Experience.
Subscribe
HomeChristmasExploring the ‘Christmas Star’ phenomenon on Dec. 21 – and how to...
ChristmasLocal

Exploring the ‘Christmas Star’ phenomenon on Dec. 21 – and how to spot it 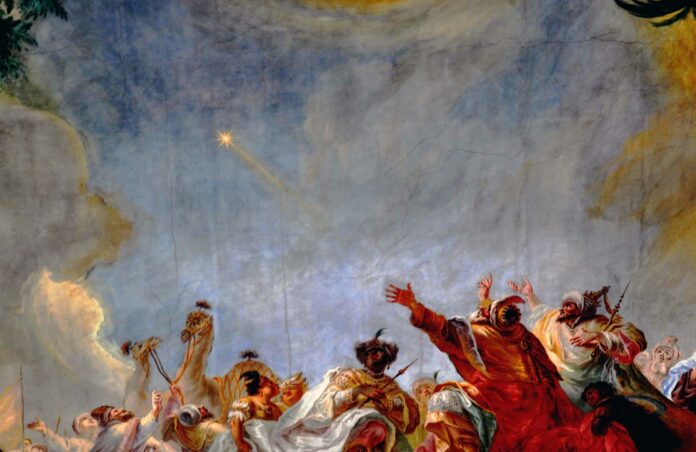 Amidst the unique Christmas we will be experiencing this 2020, the astronomical event that will unfold on Dec. 21 appears like a gift of hope. In what many are calling the “Star of Bethlehem” or the “Christmas Star,” Jupiter and Saturn will appear in the night sky very close to each other.

Regardless of the response, this event is certainly something that shouldn’t be missed. But is it really something like the “Star of Bethlehem”?

Let’s explore what is really going on scientifically.

Ed Ladner, President of the Denver Astronomical Society, explained the uniqueness of this phenomenon, which is called a “Great Conjunction.”

“Couple this with Jupiter orbiting the sun faster than Saturn (11.8 earth years, vs. Saturn’s 29.4 earth years), and we have a harmonic that causes both planets to be seen in the same general direction every 20 years or so.”

This year, however, both planets will come much closer than usual – although they will not overlap.

March 1226 was the last time a “Great Conjunction” was visible from earth. While it also happened in July 1623, this conjunction was too close to the sun to be seen by the human eye, he added.

But the golden question remains: Is it right to call it the “Star of Bethlehem”?

Technically speaking, the “Bethlehem star” was not a conjunction of Jupiter and Saturn, as around the year 1 AD, these planets were more than 90 degrees apart, Ladner explained.

Moreover, given that the planets most likely won’t look like a single star (unless you have really bad eyesight or the atmospheric conditions in your area distort your view), it could be misleading to refer to it as such.

A person with good eyesight “can resolve stars about 1/60th to 1/15th degree apart,” and Jupiter and Saturn will be further apart than that on Dec. 21.

That being said, this “Great Conjunction” is being called the “Christmas Star” or the “Star of Bethlehem” due to its proximity to Christmas Day and nothing else.

Either way, what experts agree on is that it will be a beautiful phenomenon to see.

Make sure you don’t miss it

Ladner said that the “Great Conjunction” on Dec. 21 will be visible “low in the horizon at sunset.”

“Start looking just after sunset towards the South West. Jupiter and Saturn will be about 20 degrees above the horizon on the 21st and will be behind our mountains within 60 to 90 minutes, depending upon your location,” he explained. “For viewing, find a location with a view of the horizon to the South West.”

He added that the stars are bright enough to be visible from the Denver Metro area “if you are away from local lights.”

“I recommend looking at Jupiter and Saturn for the nights leading up to the conjunction,” he concluded. “Watch as they slowly approach each other in your field of view over the nights.  The best tool for viewing these will be a pair of binoculars or a small telescope with a low power eyepiece.”

The “Great Conjunction” of Jupiter and Saturn may not necessarily be equivalent to the star of Bethlehem. Nonetheless, it provides an opportunity for us to marvel at God’s creation and the beauty and order with which he created all things.

Gazing at the stars “often and for quite a long time” was St. Ignatius of Loyola’s greatest consolation during his first days of conversion, as he patiently waited to recover from his injured leg. He felt a great impulse to serve God whenever he gazed at them. May we let ourselves, too, be inspired by God’s beauty in creation as we look up at the sky.