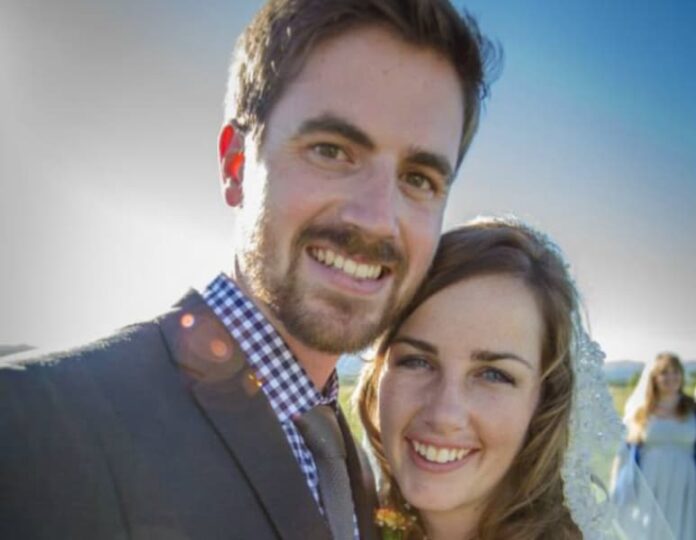 Kristi Meleney is a nerd. Her husband Patrick, a free spirit.

This according to a course the newlyweds are taking to help get their marriage off on the right foot financially. Kristi, 27, and Patrick, 26, married last September at St. Mary Church in Littleton, are five weeks into a nine-week course at their parish called Financial Peace University (FPU). It’s a part of a wider parish campaign to build stronger families.

“Opposites attract,” Kristi said of the two. “And the class has really helped us with our communication style.”

Arguing about money is the top predictor of divorce, according to Kansas State University researcher Sonya Britt, in a study released last July. Her findings indicated couples who argued about money early in their relationship were at a greater risk for divorce.

As the “nerd” in the couple, according to the course material, Kristi is analytical about household finances. While Patrick, being a “free spirit,” is involved in the process but not as likely to lead it.

“Because I do the budget every month doesn’t mean Patrick doesn’t have a say,” she said. “We’re doing it together; making decisions together.”

Financial Peace University encourages households to become debt-free, a countercultural message in today’s buy-or-charge-everything-you-want society. The Meleneys, who both graduated college with student loans, are debt-free just four months into their marriage.

Kristi, who works at the Re/Max corporate headquarters, paid off $25,000 in student loans in four years while earning an annual salary of $28,000 at her former job as a youth director. Patrick, director of youth ministry at Pax Christi Church in Littleton, just made the last payment on his $20,000 student loan debt this month. Both attended Franciscan University of Steubenville.

“It’s not about your income,” she said. “It’s about your willingness to make sacrifices.”

Another motivating factor for the couple: a baby on the way, due next September.

“Sometimes people don’t want to have kids because they feel financially out of control,” she said. “We knew we wanted to have children.”

They learned about FPU though Kristi’s father, Peter Ugran, director of stewardship and development at St. Mary’s. He coordinates the course, along with Erin Monroe, parish receptionist, as part of the parish vision “Towards a Family Friendly Parish” established by pastor Father Alvaro Montero of the Disciples of the Hearts of Jesus and Mary last October.

“This ministry, like many others developed as staff and parishioners, asked: ‘What can I do to contribute to this vision?'” Ugran said. “We are a stewardship parish and Financial Peace University is an offering that we can give to our parish and local community that benefits the family.”

About half of the 65 people from 30 households participating are parishioners and the other half from neighboring communities.

“We’re all called to be good stewards of our money,” he said. “And if we don’t manage and direct it, it can manage and even enslave us.”

“(It’s) helped millions of families using biblical principles to address some the money myths of our society,” Ugran said. “And challenges us as families to be countercultural and address the need to make a budget and get out of debt.”

Members in the current class range from their early 20s to a participant in his 80s.

“Regardless of age, we all can benefit from a financial re-boot at any stage of life,” said Ugran, who has participated in the program twice. “The average family sees a financial improvement of over $8,000 in just 90 days through reducing their debt and increasing their savings.

“When we do this as Christians,” he added, “we can better serve our greater community.”

For more information or to find a class, visit www.daveramsey.com.