His Church. Our Experience.
Subscribe
HomeLocalColorado late-term abortion ban will officially be on the November ballot
Local 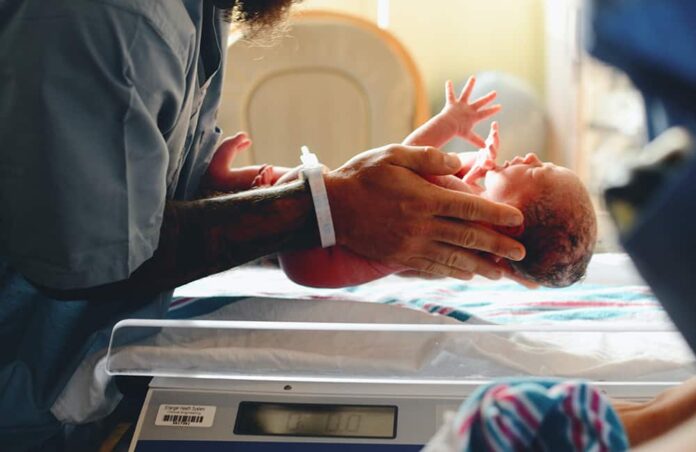 It’s official: Colorado voters will have the opportunity to ban late-term abortion in the state later this year.

The Colorado Secretary of State’s Office announced Monday that the Due Date Too Late campaign collected enough signatures for Initiative 120 to make the November ballot. Secretary of State Jena Griswold notified the Initiative 120 Committee that after a line-by-line count, 153,204 signatures have been verified and the effort to take the issue to Colorado voters in November 2020 has succeeded.

“The desire to change the culture of death in Colorado is real,” said Deacon Geoff Bennett, Vice President of Parish and Community Relations at Catholic Charities of Denver. “We have seen strong bipartisan support with the signature collection effort… During this pandemic Colorado has become a destination place for those seeking abortions from other states.”

According to the Secretary of State, the campaign initially submitted over 137,000 petition signatures of which only a little over 114,000 were determined to be valid signatures. However, during a two-week cure period granted after falling short, over 400 volunteers worked diligently and collected another 48,000 signatures by May 28, nearly five times the amount sought during the cure period. Of those signatures, 38,557 were validated.

“This is an incredible victory for Due Date Too Late and our dedicated volunteers, who worked tirelessly to ensure that Coloradans will have the chance to vote to save lives from late-term abortion in November,” said Lauren Castillo, spokesperson for the Due Date Too Late campaign. “The numbers handed in are indicative of the overwhelming support for Initiative 120 and we are prepared and excited for the next step in the campaign.”

If passed, Initiative 120 would restrict abortions after 22 weeks of pregnancy in the state of Colorado, with the only exception being if the mother’s life is at risk. Under Initiative 120, a person conducting the abortion could be subject to having a medical license suspended and would be subjected to a fine, but it wouldn’t impose a penalty on the woman receiving the abortion. Colorado is one of several states in the country that allows unborn babies to be aborted for any reason up to birth.

“This is a great opportunity to limit the assault on children in the womb,” Deacon Bennett added. “Colorado has allowed the killing of the unborn up until birth since 1967.”

In 1967, Colorado was the first state to eliminate abortion restrictions and it remains a destination for late-term abortions just as Deacon Bennett stated. However, this could change if state residents vote to restrict abortion laws by passing Initiative 120, in the November ballot.