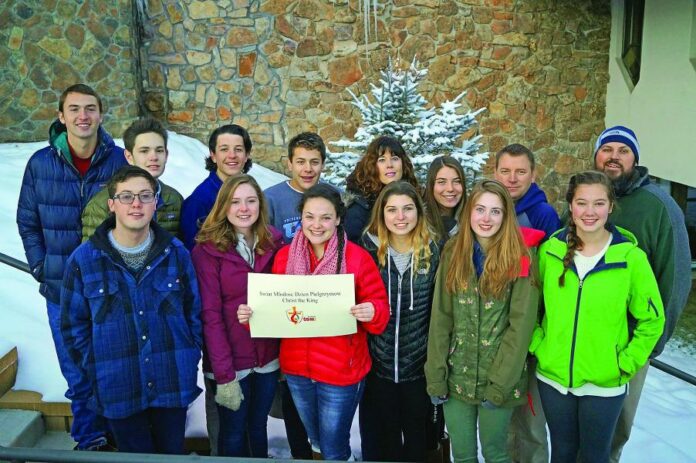 Twenty-three years ago, a teenage John Klausner listened to Pope John Paul II tell the crowds at Cherry Creek park that love is stronger than death. Klausner had just walked a grueling pilgrimage to see the pope speak for World Youth day. This week, a grown-up Klausner is taking the teens of Christ the King in Evergreen to World Youth Day in Poland.

He said the effects of the first World Youth Day are still with him. He especially remembers the walk to the vigil.

“I remember walking and not really knowing how long the walk was. I jumped in thinking I was going on maybe a mile-long walk. I wasn’t mentally or physically prepared, but all the people there helped me,” he said. “I realized I’m not in this faith alone.”

He said the message that he heard the pope say so clearly—that love is stronger than death—soon turned into something he drew strength from. It helped him get through traumatic deaths of loved ones. He wound up going to six World Youth Days, and had passed his enthusiasm for them on to his youth group.

“I think that one of the best times to minister to youth is when we can get them out of their comfort zone,” he said, pointing out that his teens are giving up cell phones, regular meals and cars.

Some of his teens say that they’re actually looking forward to giving up their phones. Taylor Kitch-Ross, a 17-year-old Mullen High School student, said she thinks her cell phone allows her to be influenced by her peers and the media.

Sixteen-year-old Evergreen High School student Anna Newkirk agreed, although she said there were other perks to World Youth Day.

Both teens said they were already moved by the fact that host families were going to shelter and feed them before World Youth Day.

“They have to be really caring people,” Newkirk said. She pointed out that the host families were likely stepping out of their comfort zone by agreeing to accommodate them.

Both she and Kitch-Ross said it gave them a glimpse of the worldwide church and the presence of God.

“It goes to show that love is everywhere, and everyone is willing to give,” she said.

“Whenever we remove some of those things that make us comfortable in our daily life, we really have to rely on God to get us through,” he said.