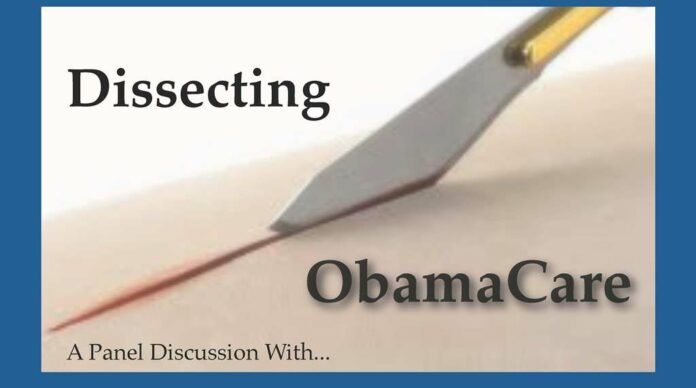 An upcoming panel discussion set for March 19 will bring together four prominent Catholics to analyze the Patient Protection and Affordable Care Act (ACA), commonly referred to as “Obamacare,” through the eyes of the Church.

Panelists presenting at “Dissecting Obamacare,” co-sponsored by the Denver guild of the Catholic Medical Association and Holy Ghost Church Respect Life Ministry, will include: Colorado Attorney General John Suthers, president and CEO of Hercules Industries William Newland, and professor of moral theology at the Augustine Institute Michel Therrien, S.T.L., S.T.D. The panel will be moderated by attorney Peggy Hoyt-Hoch, a specialist in employment law, founding board member of the St. Thomas More Society of Colorado and a secular Franciscan.

The goal of the discussion, according to organizers, is to help Catholics—those providing health insurance as well as those seeking it—to understand their moral obligation when it comes to the federal health care overhaul. The Church, longtime supporters of universal health care assistance, oppose the Department of Health and Human Services provision of the act as it mandates coverage of contraception, sterilization and potential life-terminating drugs in violation of Catholic beliefs.

“(Obamacare) affects every Catholic,” said Michelle Stanford, M.D., president of the Catholic Medical Association, “including physicians as business owners, employees, those seeking out insurance and those seeking care.”

Each panelist will give a 15-minute presentation before the floor is opened to questions. Suthers, attorney general of Colorado since 2005, will address the legal challenges to the ACA including the attorneys general challenge last year and current religious freedom issues. Suthers was among 12 attorneys general that sent a letter to HHS secretary Kathleen Sebelius last March asking the department to expand the mandate’s very narrow religious exemptions.

“We fear that the HHS mandate is the first of many regulations under the Affordable Care Act that will conflict with legal protections for religious liberty and the right of conscience,” the letter concluded. “We respectfully submit that (the Religious Freedom Restoration Act) requires you to adopt the broadest possible religious exceptions to the HHS mandate.”

Newland will share the story of how his family entered into a legal battle to keep the federal government from forcing their family-owned business, Hercules Industries, from violating their religious beliefs when providing employee mandated health insurance.

Therrien, a moral theologian, will address the principles of the Catholic moral teaching in the ACA itself and matters of conscience.

“In a nutshell, I want to look at the plan in the light of the Church’s moral principles and Catholic social teaching,” he told the Register.

He also plans to speak on systematic structural issues related to the ACA, a topic he said that doesn’t get much conversation.

“I would like to raise awareness that there are many problems with this law on a structural level,” he continued. “Besides the morally compromised position we are in with respect to conscience and cooperation with evil.”

The event will begin with a rosary at 5:45 p.m. at Holy Ghost Church at 1900 California St. followed by 6:15 p.m. Mass celebrated by Archbishop Samuel Aquila. The panel will begin at 7:15 p.m. The event is free and open to the public, and free parking will be available in the lot at 19th and Welton streets. A light dinner will be served. RSVP via email to denvercathmed@gmail.com by March 14. For more on the Catholic Medical Association, visit www.denvercma.org.