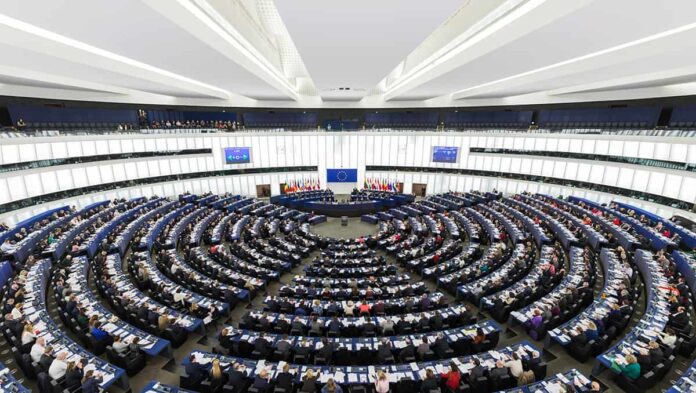 Ten years ago, after my meditation on Europe, The Cube and the Cathedral, had appeared in several languages, I was invited to speak to members of the European Parliament in Brussels. There, I pointed out what seemed three rather obvious points.

(1) Europe is committing demographic suicide, systematically depopulating itself in what British historian Niall Ferguson has called “the greatest sustained reduction in European population since the Black Death in the 14th century.”

(2) This unwillingness to create the future in the most elemental sense, by creating new generations, is at the root of many of Europe’s problems, including its difficulties assimilating immigrants and its fiscal distress.

(3) When an entire continent – healthier, wealthier, and more secure than ever before – deliberately chooses sterility, the most basic cause for that must lie in the realm of the human spirit, in a certain souring about the very mystery of being.

The response to this analysis that has stuck in my mind ever since came from an Italian Euro-parliamentarian, who said, in so many words, “Look, we know we’re finished. We’re trying to arrange things so that we can die comfortably in our beds. Don’t you Yanks come over here and start stirring things up.”

It was brutal but it had the merit of being honest, and it came back to me the day after the recent French presidential election, when it was pointed out by several observers that the prime ministers or presidents of Europe’s largest economies – and of all the European members of that exclusive global club, the G7 – are without children: German’s Angela Merkel, Great Britain’s Theresa May, Italy’s Paolo Gentiloni, and France’s Emmanuel Macron. Add to the mix the childless Dutch prime minister Mark Rutte and the childless prime minister of Luxembourg, Xavier Bettel, and something quite striking comes into focus: of the six founding members of what has evolved into the European Union, five are now led by childless prime ministers or presidents, a situation that would have been unimaginable to one of the founders of modern “Europe,” Konrad Adenauer, who was the father of eight.

The childlessness in this elite cohort certainly has different causes, given the diverse personalities involved. Some of these leaders doubtless experience their childlessness as a sorrow – although none seems to have taken the option of adopting children. Nonetheless, the childlessness of so many western European leaders is, if nothing else, a stark illustration of the crisis I identified more than a decade ago – and which my Italian interlocutor in Brussels confirmed, if in a thoroughly depressing way.

The members of the American commentariat most attuned to this plague of Euro-childlessness tend to discuss its impacts in terms of the rapidly growing Muslim population in Europe and the difficulties so many European states seem to have in assimilating immigrants from a different civilizational orbit. Those problems are real enough. But for a Catholic, Europe’s demographic winter bespeaks, first and foremost, a colossal evangelical failure. Acknowledging that also sheds light on the contemporary Catholic situation in Europe.

Sixteen years ago, then-Cardinal Joseph Ratzinger told me that “Organized Catholicism in Germany is a task force for the old ideas” – the ideas of Catholic Lite. The same might be said of “organized Catholicism” throughout much of western Europe. And while there are signs of hope to be found in renewal movements and new forms of Catholic community across the continent, the continued embrace of Catholic Lite by too many western European Catholic leaders and intellectuals bodes ill for a European Catholicism that can inspire Europe to reject demographic suicide and rediscover the joy of creating the future through having children.