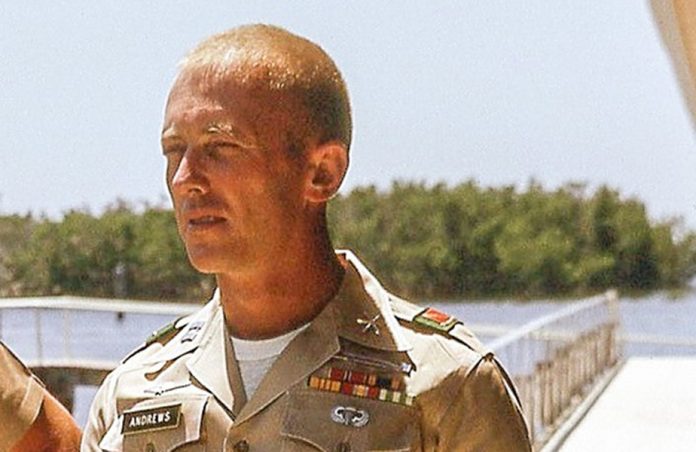 The beginning of my friendship with Bob Andrews, who died this past December 2, would probably astonish contemporary Washington, D.C., whose denizens rarely venture beyond their hermetically sealed siloes.

It all started in 1982. In diebus illis, I was scholar-in-residence at an anti-communist, pro-democracy peace organization while doing consulting work on arms control issues with a Seattle-based Republican congressman; Bob was national security advisor to Senator John Glenn, who was planning a run for president against Ronald Reagan. Bob asked Dr. Dorothy Fosdick (daughter of the famous founding pastor of Riverside Church, Harry Emerson Fosdick, and longtime aide to Senator Henry “Scoop” Jackson) if there was anyone in the peace movement who might have sensible ideas for Glenn, a pro-defense Democrat, as he prepared for the 1984 campaign. Dickie, as she was universally known, suggested that Bob meet with me.

And so, with Dickie Fosdick as midwife, my longest-running Washington friendship began with a conversation over burgers and fries in the cafeteria of the Rayburn House Office Building.

As his daughter Elizabeth remarked at his death, Bob Andrews lived a large life. A native South Carolinian, he went straight into the US Army’s Special Forces after graduating from the University of Florida and did two tours in Vietnam (and adjacent countries). That experience led him to write a scholarly book, The Village War: Vietnamese Communist Revolutionary Activities in Ding Tuong Province, 1960-1964, a copy of which Bob inscribed with this arresting epigram: “For George – A book about a war Americans need not have fought — a war America need not have lost.” After leaving the Army with a chest full of ribbons, he worked in the intelligence community, Congress, the defense industry and the Defense Department. Thanks to Bob, I got to know a wide-ranging cast of characters including Jim McDivitt (commander of Gemini IV and Apollo IX, who once confessed over lunch to being afraid of heights); Jim Woolsey, who served as director of central intelligence until President Clinton’s lack of interest in such matters led him to resign; and the denizens of Stoney’s, a legendary DC cop bar (now sadly gone up-scale) with the greatest grilled cheese sandwiches on the planet.

Bob Andrews’s literary talents were not confined to academic treatises on communist subversion in rural Vietnam. In his 60s, he became an accomplished novelist in both the espionage and police-procedural genres. I relished the black CIA agent he created, Bradford Sims: one of Sims’ adventures (in The Towers) anticipated the events of 9/11 by five years; another (Death in a Promised Land) did for the assassination of Martin Luther King, Jr., what Charles McCarry did for the assassination of John F. Kennedy in The Tears of Autumn, the greatest spy novel ever written. Bob’s Frank Kearney/José Phelps mysteries (A Murder of Honor, A Murder of Promise, A Murder of Justice) exposed the seamy underside of life inside the Beltway while giving the author opportunities for pungent social and political commentary.

A great talent for friendship across the divides of race and class informed Bob Andrews’ fiction even as it enriched his life and the lives of those drawn into his ample orbit. He hobnobbed cheerfully with the immigrant staff of a Vietnam restaurant because they had first met long ago in a country far away; he worked in harness with United States senators and senior executive branch officials. His extensive contacts in the worlds of soldiers, spooks and cops lent his novels a realism that was never less than humane, however sordid the subject matter. He was wonderful company in every setting in which we ever met, from the Pentagon to Martin’s Tavern in Georgetown.

When my work took a decisive turn toward ecclesiastical affairs, Bob could not have been more supportive. He was deeply impressed with Pope John Paul II’s conviction and courage and would always ask me (on my return from a Roman sojourn) “How’s the Big Guy doing?” A man of moral principle himself, especially when it came to soldiering, Bob Andrews recognized and applauded firm principles in others.

He loved the United States and was the best kind of patriot: one who could recognize the country’s flaws and do whatever he could to fix them. In the book I dedicated to him, I wrote, “Multiply Bob Andrews by a thousand, and what they call the ‘decision-making process’ in the nation’s capital would be very different indeed.” That’s even more true today than it was in 1993.

Rest in God, my friend. Thank you for your service and your example.