A tough year ahead 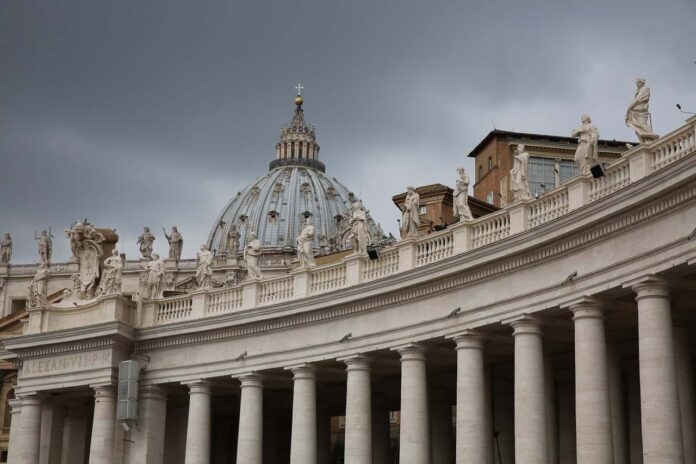 2018 was a bad year for Catholics. 2019 is almost certainly going to be worse. Good reason, then, to reflect on two recent texts from the Church’s Office of Readings.

The first is from paragraph 48 of Vatican II’s Dogmatic Constitution on the Church:

“The end of the ages is already with us. The renewal of the world has been established and cannot be revoked. In our era it is in a true sense anticipated: the Church on earth is already sealed by genuine, if imperfect, holiness. Yet, until a new heaven and a new earth are built as the dwelling place of justice, the pilgrim Church, in its sacraments and institutions belonging to this world of time, bears the likeness of this passing world. It lives in the midst of a creation still groaning and in travail as it waits for the sons of God to be revealed in glory.”

And the second is from the Spiritual Canticle of the reforming Spanish Doctor of the Church, St. John of the Cross:

”Would that men might come at last to see that it is quite impossible to reach the thicket of the riches and wisdom of God except by first entering the thicket of much suffering, in such a way that the soul finds there its consolation and desire. The soul that longs for divine wisdom chooses first, and in truth, to enter the thicket of the cross.”

With those sobering but consoling thoughts in mind, I offer a few speculations about 2019, by way of cautions about the rough waters ahead.

There will be further revelations of clerical sexual abuse from decades ago, and the false narrative that there is a rape culture in the Catholic Church today will be reinforced.

More awful details about the behavior of Theodore McCarrick, former archbishop of Washington, will come to light.

At least one U.S. bishop, and possibly several, will resign after revelations of malfeasance and worse in handling reports of sexually abusive clergy under their authority.

Rome and certain sectors of the American Church will continue to ignore or misinterpret empirical evidence about the exceptionally high percentage of adolescent boys and young men who have been victims of clerical sexual abuse.

The February meeting in Rome to discuss the abuse crisis in a global context will disappoint many U.S. Catholics, who mistakenly imagined that it would produce a global plan for reform.

Too many senior officials of the Roman Curia will continue to insist that the U.S. reaction to clerical sexual abuse and episcopal malfeasance is exaggerated, media-driven, and somehow “Protestant.”

The determination of the U.S. bishops’ conference leadership to involve expert Catholic laity in the reform of the priesthood and the episcopate will encounter more resistance in Rome.

No state attorney general or federal prosecutor will launch an investigation of sexual abuse in public schools.

October’s Special Synod on Amazonia will (obliquely?) appeal for the ordination of mature married men to the ministerial priesthood in that region, but without input from other local Churches that would be seriously impacted by any such concession – including the Church in the United States.

Ultramontanism – an excessively Petrocentric idea of the Church that misconstrues the teaching of Vatican I and Vatican II by treating the pope as an oracle – will intensify on an increasingly cranky and authoritarian Catholic Left.

The Holy See will run a huge deficit, even as Peter’s Pence contributions continue to fall throughout the world Church.

The persecution of Cardinal George Pell will continue but his conviction on “historic sexual abuse” charges will increasingly be seen by rational people as a grotesque miscarriage of justice motivated by scapegoating, anti-Catholicism, and sordid politics in Australia (and elsewhere).

As the Xi Jinping regime’s persecution of Christians intensifies, the Vatican’s “deal” with the People’s Republic of China will look even worse and its defense will seem ever more implausible.

Russian Orthodox spokesmen will continue to blame the Catholic Church for the Moscow Patriarchate’s troubles in Ukraine, further compromising the Russian-centered ecumenical grand strategy of the Holy See toward the complex worlds of Orthodoxy.

A tough year lies ahead. Yet Christ, risen and triumphant, remains present and available in the Eucharist, to which serious missionary disciples will have ever more frequent recourse for strength and courage. May His Kingdom come.