His Church. Our Experience.
Subscribe
HomeLocalYou believe what?
Local 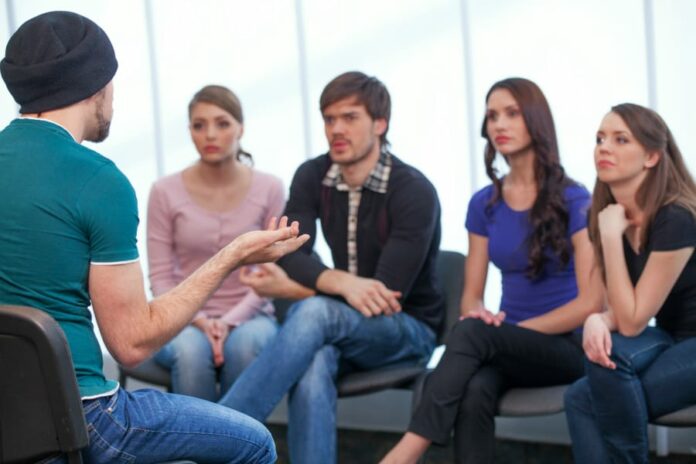 Suddenly, Terry Polakovic found herself at a crossroads. Should she speak up to defend her beliefs before a group swapping contrary ideas, or silently disagree and let it slide?

The scene was a Super Bowl party. The group’s conversation was over same-sex marriage.

“They were all very much in favor of it,” Polakovic said.

After listening a while to the chatter, she jumped in the conversation.

“I spoke up and said, ‘Gay marriage is not natural.’ That is all I could think of to say, and the others quickly dismissed my comment,” Polakovic recalled. “I remember there was one guy in particular who was more hostile. He just looked at me and told me that it was not our place to judge the lifestyle of other people.”

Even as she was launching Endow (Educating on the Nature and Dignity of Women) to help other Catholic women learn their faith, she felt ill-equipped.

“I was very embarrassed because it was the first time I had ever spoken up for my faith,” she said. “At that point in my life, I would just disagree in silence. However, that circumstance motivated me to learn much more about what the Church teaches regarding marriage, and how best to respond to the gay marriage issue.”

It’s a scenario many Catholics may relate to.

A discussion ensues at the office watercooler, or over drinks at a social gathering and then all eyes turn to “the Catholic,” the one who suddenly finds themselves appointed by the group as the spokesperson for the Church.

Faithful could be challenged about topics including a statement from the pope, use of artificial birth control, priest celibacy or praying before statues of saints.

It can be difficult to decide the right time and place to defend the faith, said Father Andreas Hoeck, academic dean and associate professor at St. John Vianney Theological Seminary.

“The first point would be discernment in the Holy Spirit,” he explained. “The Holy Spirit is going to help us to understand ‘When is it my time, what is my place and what am I supposed to do there? Am I going to defend the faith or rather go away?’”

“Jesus says if they don’t receive you then just shake the dust off your feet and leave that town.”

Church history has also produced a movement of apologetics, or defense of the faith using reason, that traces back to the first centuries.

“In the first centuries until the middle ages and after that have seen a movement of apologetics,” Father Hoeck explained. “People have written and spoken in defense of the faith. There is an organized system of literature and testimony for the faith.”

The outcome was ultimately the Catechism of the Catholic Church, the best resource a Catholic has for preparing for a defense, he said.

“So if a person reads the catechism and is very familiar with it, that’s one way of defending the faith, and preparing oneself for that defense,” Father Hoeck said.

John Christian, who teaches Rite of Christian Initiation for Adults (RCIA) at St. Thomas More Parish in Centennial, said he felt better prepared to defend his faith once he began an in-depth study.

His wife, who was non-denominational at the time, challenged his beliefs about Lent and practices including abstaining from meat on Fridays.

“Where in the Bible does it say to give up meat on Fridays?” he said his wife, Laurie, would ask. He didn’t know.

“Eventually, I started studying it on my own in secret and came to a surprise that all this Catholic stuff wasn’t just what some pope had made up,” Christian said.

He went to Mass and later convinced his wife to attend RCIA. They began a journey together where they learned the meaning and reasoning behind the practice of the faith.

Sharing the faith can be done with words, best delivered in a non-confrontational and kind way, Christian said.

In the process, faithful can turn to the saints for an example and support.

Derek Barr, instructor for the Catholic Biblical School, said St. Paul is an example of perseverance.

By their baptism, all faithful are called to defend their faith in another way—by witness, Father Hoeck said.

“Jesus calls each one of the baptized to give witness to our faith every single day of our lives, through acts of faith, hope and charity,” he said. “The actions, the deeds that we can show to the world, is a 24/7 demand. We’re never off the hook. We’re always called to give a good witness, which is the positive way of defending our faith.”

Gail, 53, and David Simonton of St. Thomas More Parish said they witness to their faith when sharing their decision to reverse a vasectomy. For nine years they were sterile until they came to understand Church teaching on the dignity of life and openness to it.

Several miscarriages and adoptions later, neighbors and friends will ask about their decision to raise seven children.

“They think we’re totally crazy,” she said. But sharing their story can serve to witness to the faith. “I just always step out there and think to myself, ‘This is my chance to speak out about it.’”

Sharing personal testimony is the most positive way to defend the faith, Father Hoeck said, and can lead to martyrdom.

“Martyrdom is the supreme witness and defense of our faith,” he said. “To be a martyr means to be a witness. The Lord asked us to give witness to the Son of Man so he will testify in your favor at the end of (time).”

Principles of faith sharing
-Look for the positive behind the criticism. Rather than the arguments you are going to face, consider the value your critic is upholding. This has a disarming effect.

-Shed light, not heat. Be a keen listener to the other’s views and let chinks of light in on the subject, while holding your own views and staying calm.

-Show, don’t tell. Supplement your arguments with anecdotes of personal experience, stories, or hypothetical situations that help make your point.

-People will remember how you made them feel. It’s not simply about the lucidity of your arguments, but the effect your words have on others.

-Be positive. The Church is against many things because it is for so much more. Bring discussions back to the positive vision the Church has for people.

-It’s not about you. Good communication means putting your ego in the backseat. Critics are not failing to respect you but what you represent. Q: Homosexual people can live in stable, committed and loving relationships. It is discrimination to exclude them from this institution. Why shouldn’t they also be allowed to marry?
A: The Church rejects discrimination and prejudice against homosexual people. Church teaching says that sex is ordered to marriage and children, and that is why homosexual people, like everyone who is unmarried, are called to chastity as the best way of learning self-giving love.
This is not an issue about equality. To give everyone equal access to marriage would require the state to cease to recognize marriage altogether. This debate is about the purpose of marriage and why the state should promote it. Marriage, which can only be between a man and a woman, is a unique institution which deserves special protection.

Q: Why is the Church in favor of family planning but not artificial contraception?
A: Catholics are against artificial contraception because it suppresses fertility rather than regulates it. Not every sexual act will be fertile, but you shouldn’t separate sex from its meaning, which is for creating new life and deepening the self-giving love between a husband and wife. Natural family planning is natural, organic and respects the body and its cycles, rather than suppressing them.

Q: The Catholic Church has ignored and covered up clerical sex abuse of children by priests for decades and it’s still a dangerous place for children. Don’t you think requiring priests to be celibate inclines them to become abusers?
A: The appalling crime of clerical sex abuse of minors is a profound betrayal of the Gospel and the Church failed to grasp the extent of abuse. But in the last 10 years, the Church has gone further than any other institution to put in place vital reforms to ensure it doesn’t happen. The priesthood is not, nor has it ever been, exceptional in the number of abusers. There is no causal link between priestly celibacy and clerical sex abuse.

Q: Isn’t it a woman’s right to choose abortion? She should be able to make decisions for her own body.
A: This is not a matter of the rights of women versus other rights. There are others involved—men and unborn life. The rights of women are best protected by ensuring that pregnant women are supported in every way possible. The Church wants a society where all life is welcomed and valued. The Church also seeks to promote public awareness of the fragility and value of unborn life and to offer real choices to women frightened by unplanned or unwanted pregnancies.

Source: “How to Defend the Faith without Raising Your Voice” by Austen Ivereigh