Women’s health and a deeper faith: The benefits of NFP 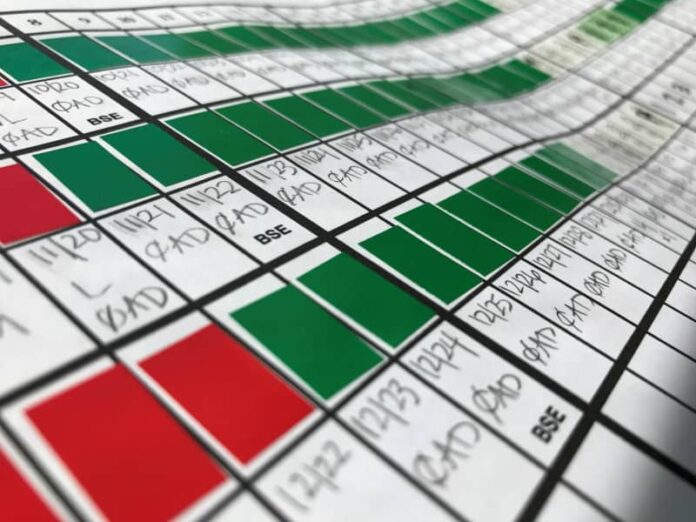 Natural Family Planning (NFP) is an integral part of family life for many Catholics, helping them achieve, avoid or space pregnancies. But the benefits of NFP don’t just apply to fertility; for one couple, and perhaps others as well, it was life-changing.

Steve and Eileen Michalczyk had been married for seven years and at that time, their marriage “was falling apart.”

“We had financial problems…which led to debt, which led to stress on the relationship,” Steve said.

The couple had both been raised Catholic, but their faith hadn’t been “personal” to either of them — and without having been raised knowing why contraception was against Church teaching and harmful to their marriage, they were using it to space children.

With crippling debt causing their relationship to fall apart, they still attended Mass with their family.

“We were still going to Mass, but it was because it was just what we did,” Eileen said.

And that proved to be a doorway to something better.

She had heard from a friend at church about NFP, so they sat down and talked about it; after that, she and Steve decided to take a class, feeling ready to “try anything.”

Learning about NFP saved their marriage — it opened them up to God’s plan for man and woman, both individually and together, as well as how God fits into that relationship and into the overall plan for family life.

“The biggest reminder for me was that God has a plan, and if you’re not an active and willing participant in that plan, you’re going to struggle,” Eileen said. “Just hearing about God’s plan for a man and a woman and their union together, how our bodies were created to work together…I had this [realization] that God created me to be a mother, to be fully open to the gifts he sends, to give myself fully to my husband, and right now, I’m trying to be in charge of my own plan.”

Steve was as equally moved by what he learned about God’s role in their marriage and his role as a husband and father.

“I knew that at that point I wasn’t really respecting my wife as my wife, as God was calling me to, and I didn’t feel that mutual respect in return,” Steve said. “In order to move together as a couple, you have to have mutual respect.

“We’re a gift from God to each other. Together, we’re no longer ‘her’ and ‘I,’ it’s ‘us.’ It opened me up,” Steve continued. “At that point, I was very frustrated with feeling that [things were] always falling on me, and learning NFP, we were able to take that step back and put faith back where it belongs, and let God handle things. Instead of simply asking God for help, letting God help. And making faith more of a central focus in our marriage as opposed to something we did on Sunday.”

“It forced us to have time together, to re-look at our marriage with new eyes and remember that it’s between three of us, not just Steve and I, and to put God back into our marriage, and finally, to trust God,” Eileen added.

After learning about NFP and beginning to put it into practice, the couple quickly realized it was a doorway that opened up a real relationship with God for them, in addition to healing the relationship between the two of them.

“It opened us up in so many other ways in putting trust in God,” Eileen said. “If you can entrust your family to God, you can entrust anything to him. And once we got there and started using NFP, things fell into place, and there was this release of control to God — things didn’t magically get better, but we were better.”

Eileen and Steve are just one couple who experienced a change of heart in learning NFP; but its benefits don’t end there. The practice of NFP has also helped people immensely in learning about their fertility as well as their overall health, even treating underlying issues that may have gone unnoticed.

“One of the things that I love about NFP is that it enables a woman to be an integral part of her own healthcare,” said Caitlin Burnett, a registered nurse and NFP instructor at Bella Natural Women’s Care in Denver. “Instead of coming to a doctor, wondering what’s going on, we’re able to provide valuable information that can help our doctors and nurse practitioners treat women more efficiently.

“A woman’s chart can bring us so much information, like risk for early miscarriage, severe PMS, limited mucus leading to infertility, abnormal bleeding that could indicate fibroids or other uterine conditions,” Burnett continued. “You aren’t going to be asked to start taking artificial birth control to mask your symptoms. NFP and more specifically, NaPro Technology, seeks to find the root of the problem and treat it in a way that preserves fertility and remains open to life.”

NaPro Technology, or “Natural Procreative Technology,” works with the body’s natural procreative cycles to enhance its function and was developed through the research of the Pope Paul VI Institute in Omaha, Neb.

Practicing NFP led Carrie Keating, NFP and marriage specialist at the Archdiocese of Denver, to the Pope Paul VI Institute to diagnose her infertility.

One of the things that I love about NFP is that it enables a woman to be an integral part of her own healthcare.”

“My initial charts didn’t look like the typical example charts. It was my first indication that starting a family may be a challenge for us,” Keating said.

After diving more into the Church’s teaching on treatment of infertility starting with Christopher West’s “The Good News about Sex and Marriage,” she and her husband, Stephen, discovered the Pope Paul VI Institute.

“I received wonderful care for my health and fertility issues through a newly-developed medical science for women called NaPro Technology,” Keating said. “Our journey had a lot of ups and downs, and it was a hard time for us as a couple too. I went through several surgeries and three miscarriages. Stephen and I felt alone in our suffering at times. Was God listening and would he help us have a family?”

Eventually, she and her husband were encouraged by friends to ask God to show them other ways in which their marriage could be fruitful, and they began helping at their parish with marriage preparation.

“Our newfound ‘fruitfulness’ helped lift us out of our deep, internal sadness,” Keating said. Later, their family came through adoption.

“Through it all, we found God’s redemptive graces. The ‘cross’ of infertility eventually revealed itself as a gift in disguise,” said Keating.

Fortunately, the Archdiocese of Denver is blessed with an abundance of NFP resources with clinics like Bella Natural Women’s Care and Marisol Health, which both provide women fertility care rooted in Church teaching. There are also several NFP-trained doctors in the greater Denver area and many instructors.

“Our Archdiocese is very blessed to have a strong NFP community. We have a lot of NFP teachers and a variety of NFP methods taught in our diocese,” said Keating. “If you have a need or question, don’t hesitate to call our office, we have a lot of great resources to share with you.”

For more information on NFP in the archdiocese, visit archden.org/eflm/nfp.