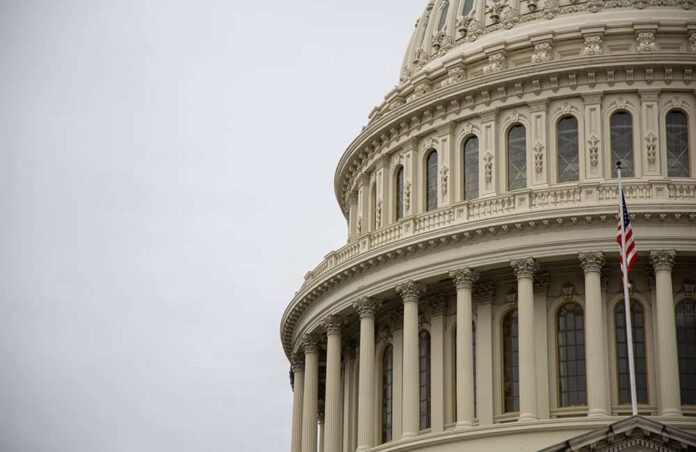 On February 25, 2021, the U.S. House of Representatives could have addressed any number of pressing issues.

The nation was in its 11th month of a pandemic that had already caused enormous economic and social dislocation. Schools remained closed as evidence mounted that online learning was disserving vulnerable poor children. Civil unrest continued in cities whose local governments refused to maintain public order and protect small businesses whose owners often live a hair’s breadth from bankruptcy. The stunning work of scientists in quickly producing effective anti-COVID-19 vaccines was being thwarted as incompetent local governments botched the early phases of the vaccine rollout. The budgetary process in the House was a shambles, as usual, and the national debt was increasing exponentially. A sane immigration policy remained to be devised.

So what did the House of Representatives do on February 25? By a vote of 224-206, the House decided to criminalize Genesis 1:27 by passing the “Equality Act,” a Newspeak misnomer reminiscent of George Orwell’s dystopian novel, 1984.

It remains unclear whether the Senate will take up the Equality Act. In early March, the word in Washington was that majority leader Chuck Schumer won’t bring the bill to the Senate floor unless he’s sure he has the votes to pass it. Americans who care about free speech, the rights of conscience, religious freedom, freedom of association, the integrity of women’s sports, private spaces for women and girls, the independence of charities, open professional career paths, and quality health care for people suffering from gender dysphoria – the belief that one is trapped in the wrong body – should bend every effort to ensure that Mr. Schumer never gets those votes.

The Equality Act amends the landmark 1964 Civil Rights Act to include sexual orientation and gender identity as protected categories. House Speaker Nancy Pelosi, claiming that the bill was needed “because there is discrimination against people in the LGBTQ community,” said that “it breaks my heart that it is necessary.” Well, Madame Speaker, discrimination and bullying break my heart, too. But it breaks my head to think that you don’t seem to understand what you’re doing here.

First, you are denying a truth of divine revelation (“…male and female He created them…”) to which every high school biology textbook attests in its teaching about the genotypes that determine our biological sex.

Second, you are jeopardizing religious freedom, because the Equality Act, in a totalitarian move, exempts its strictures from challenge under the Religious Freedom Restoration Act – which the House (including you and RFRA’s original sponsor, the aforementioned Mr. Schumer) passed unanimously in 1993. That means that you are prepared to bring the full weight of civil rights law down on any religious institution – Catholic, Protestant, Jewish – that believes itself bound by Genesis 1:27. Which means that you are criminalizing biblical faith and the Catholic idea of the human person.

(Your colleague, Rep. Jamie Raskin of Maryland, defended the Equality Act by claiming that “every scoundrel in American history has tried to dress up his or her opposition to other people’s civil rights in religious garb.” Please remind Mr. Raskin that it was Baptist ministers, supported by Jewish rabbis and Catholic priests, who, at the apogee of the classic civil rights movement in 1965, led the march across Selma’s Edmund Pettis Bridge.)

Third, you, an avowed feminist, are putting at severe risk the tremendous advances in women’s athletics made under a piece of legislation one would have imagined you to hold sacrosanct: Title IX of the Education Amendments of 1972. If troubled boys can claim that they’re girls and have that claim enforced by civil rights law, the great strides made in women’s sports under Title IX are over – and that’s before we get to the legally mandatory invasion of privacy as boys who “gender identify” as girls enter spaces once reserved for girls and women.

Fourth, you are putting the demands of the LGBTQ partisans who are major Democratic Party donors ahead of science, and indeed ahead of true compassion. There is no serious scientific evidence that “trans-gendering” promotes positive life outcomes over time. Conversely, there is ample evidence that “trans-gendering” increases the incidence of suicide among troubled young people. People afflicted with the terrible suffering of gender dysphoria deserve better. Yet the Equality Act threatens legal sanctions against physicians who refuse to supply hormone blockers to, or perform mastectomies on, young girls – or who even question them about the source and sense of their mental distress. So real help is pushed farther away from suffering people.