Whose republic? Which “liberalism”? 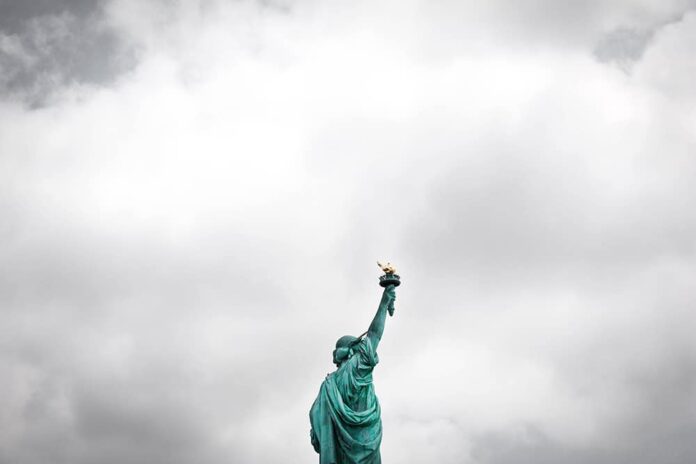 Extra credit question: Name the author of this admonition about the insecure cultural foundations and potentially perilous future of the American republic — “Seeds of dissolution were already present in the ancient heritage as it reached the shores of America. [And] perhaps the dissolution, long since begun, may one day be consummated. Perhaps one day the noble many-storeyed mansion of democracy will be dismantled, leveled to the dimensions of a flat majoritarianism, which is no mansion but a barn, perhaps even a tool shed in which the weapons on tyranny may be forged. Perhaps there will one day be wide dissent from….[the understanding] that the eternal reason of God is the ultimate origin of all law [and] that this nation in all its aspects — as a society, a state, an ordered and free relationship between governors and governed — is under God…”

OK, who wrote that? A millennial Tradinista? A proponent of the new integralism? A “traditional Catholic?” A political theorist down on John Locke? A Catholic commentator revolted by several states embracing a “fundamental human right” to infanticide? A “populist” with a surprisingly elegant pen?

Well, no, actually. The author of that limpid prose and prescient warning was Father John Courtney Murray, S.J.: and he raised that cautionary flag 60 years ago. So much, then, for the charge that Father Murray mortgaged Catholic social thought to an uncritical “Americanism,” an indictment also laid against those of us who’ve tried to follow in Murray’s footsteps as theological analysts of American democracy. But in the Wild West of the Internet blogosphere (which reminds us daily why God invented editors), as in Twitter’s playpen of snark, there is little room for serious social and political analysis these days, much less serious, theologically-informed social and political analysis. And thanks to click-bait bloggers and incontinent tweeters, some serious damage is currently being done to authentic Catholic social doctrine, which some misidentify with a new authoritarianism and others warp by bending to the progressive cause of the day.

In my forthcoming experiment in historical revisionism, The Irony of Modern Catholic History: How the Church Rediscovered Itself and Challenged the Modern World to Reform (which Basic Books will publish on September 17), I outline the development of the Church’s social magisterium from Pope Leo XIII to the present, with special emphasis on the social teaching of Pope St. John Paul II and Pope Benedict XVI. I don’t know whether either of those voracious readers ever read Father Murray’s We Hold These Truths: Catholic Reflections on the American Proposition. The thinking of these three men about liberal democracy ran along parallel tracks, however.

Murray, John Paul, and Benedict were all convinced that the institutions of liberal democracy — popular self-government through democratic participation in republican representation; separation of powers; rotation in office; enumerated civil and political rights limiting the state’s reach into society — were dependent on a moral and cultural foundation those liberal institutions could not generate. Democracy was not a machine that could run by itself. It took a critical mass of mechanics — mature citizens — to operate the machinery of democracy so that politics helped advance individual human flourishing and social solidarity. Democratic self-governance could fail, and the results would not be pretty if it did.

Yet these three men of the Church were also convinced that there was no plausible, real-world alternative to the institutions of liberal democracy for those interested in a humane future. Monarchy, benign or otherwise, was done, and only nostalgics indulged in fantasies of altar-and-throne restoration. Various 20th-century authoritarianisms had produced either social, economic, and cultural stagnation or genocidal mass violence. Thus the real-world option — the real-world imperative — was the hard work of building and maintaining the moral and cultural foundations essential to the liberal democratic political project, while playing good defense against the temptation of the modern democratic state to impede that reconstruction by using its coercive power to impose on everyone a dumbed-down notion of freedom as personal willfulness or “choice.”

This, I suggest, is authentic Catholic social doctrine: The Church’s strategy for democratic renewal. It’s a framework for collaborative thinking in which there is ample room for serious debate over tactics. That collaboration is impossible, however, when those who should be allies trade smarts for snark, or go to DEFCON 1 and hurl rhetorical nukes into the blogosphere at the first whiff of disagreement. We can do better than that. And we must, for the sake of both Church and country.