His Church. Our Experience.
Subscribe
HomeLocal'Who should get the shot first?': Catholic wisdom as applied to COVID-19...
LocalPerspective

‘Who should get the shot first?’: Catholic wisdom as applied to COVID-19 vaccine distribution 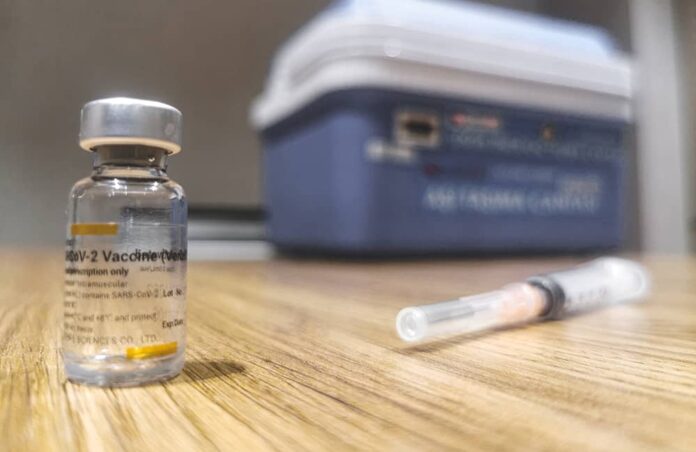 Who should get the COVID-19 vaccine, and in what order? Does Catholic thinking have any wisdom to offer on this question?

There is, unsurprisingly, no official Catholic “teaching” on the order of priority for vaccine distribution.  The Church cannot have an explicit official teaching on each and every scenario.  Rather, here is a situation where prudence must apply Catholic principles to the specific case.  Those principles are abundant, and there is much that Catholic wisdom can offer to help us stay on the path of righteousness as we navigate this challenging moment.

We have heard some ethical concerns about the vaccines themselves because of a connection to cell lines that were originally derived from the bodies of two babies who died from direct abortion in the 1970s. However, in December of 2020, both the Vatican’s Congregation for the Doctrine of the Faith (CDF) and the United States Conference of Catholic Bishops (USCCB) issued statements clarifying that we may, in good conscience, receive those vaccines. While the cell lines used in development have a historical genetic connection to grave evil, that fact in no way implicates us in that original evil. Indeed, our love for the common good compels us to receive the vaccine if and when we can.

As regards the distribution of the vaccine, one essential concept to consider is what the Church has called the “universal destination of goods.”  The Vatican II document Gaudium et Spes expresses the concept this way: “God destined the earth and all it contains for all men and all peoples so that all created things would be shared fairly by all mankind under the guidance of justice tempered by charity.”

In other words, God intended all of creation for the benefit of everyone.  Our use of the goods in creation must always respect the fact that they are not simply ours, but they are God’s gift intended for all of us. The COVID vaccine is a perfect example of this kind of good held in common.  As Pope Francis teaches, we may not allow “the law of the marketplace and patents”— or the avaricious desire for wealth or misguided nationalism — to “take precedence over the law of love and the health of humanity.” This means that all people deserve access to the COVID vaccine.

When thinking about how to share scarce goods, the concept of distributive justice is another essential principle on which we should rely.  This principle is rooted in Catholic social thought and goes back to the earliest days of the Church.  According to St. Thomas Aquinas, distributive justice “distributes common goods proportionately.” In this context, proportionately means according to need and benefit.  Those who need it most and who stand to benefit most are the ones who should take highest priority.  This is not a question of “worth” or “dignity” but rather of using scarce resources prudently.  To not take account of need and benefit would be a moral failure.

We have seen that the general debate in our society has been about where front-line health care workers, the elderly, and minorities who are disproportionately impacted by COVID-19 fit in order of priority, and why they do so.  We have seen some poorly executed arguments on this front, and some regrettable statements that seem to trade on impossible gradations of human dignity, with such-and-such groups ranking higher or lower because of some alleged claim about their value or relative lack of it.  The idea that some humans possess more or less dignity than others is and has always been an idea born of the devil.

The most reasonable way to distribute the vaccine is to determine which people need it the most and will benefit the most.  Children, generally, will rank lowest on the list since they are the least impacted by the virus.  The elderly rank at or near the top because their health tends to be more negatively impacted.  Of course, the concept of “herd immunity” enters into the discussion and may affect how we think through this, as too does the reality that those who are able to remain unexposed to the virus by staying at home might be expected to wait longer.

The idea that minority communities might rank relatively higher in the order of priority is not in principle unreasonable, especially since there is a strong correlation in some of those communities between, for instance, race and impact of the virus.  Race in this case is a short-hand way to identify those who may have more “need” and might reap a bigger “benefit” from vaccination.  As the Holy Father said in his Christmas address, “vaccines for all, especially for the most vulnerable and needy of all regions of the planet. Before all others: the most vulnerable and needy!” Many of the debates over distribution are about who counts as most vulnerable and most needy.  We should pray that, as with the supply of masks and tests early in the COVID crisis, we will soon see no need to discuss the order of priority simply because vaccines will be widely available to everyone.

Although these debates are sometimes rancorous and too often reveal the dim thoughts of some allegedly bright people, we can glean some positive things from the disagreements.  In general, the debate over the distribution of the COVID vaccine unwittingly illustrates the deeply Christian moral foundations of our society.  In recent years, many have denied that these foundations exist, and many others have attempted to destroy them.  But, despite these deeply worrying efforts, our society is still fundamentally shaped by Christian ideas.  While some societies in the past — think ancient Rome or communist Russia — have operated on a utilitarian calculus where some lives are considered expendable, and the rich and powerful are considered more dignified, our debates are about which plans better respect the inherent dignity of the person.  Even when ideas related to our debates about COVID have been floated that seem to undermine respect for human dignity, those ideas have usually been widely and loudly denounced.  The very fact that we are asking whether minorities or the elderly are more vulnerable, and how that should affect vaccine distribution, suggests that we have still not quite forgotten that “in the image of God he created them.”

Our current debates about how to best respect human dignity might even suggest that Christians have some reasons for hope. Yes, hope, even in the midst of the moral earthquakes we’ve seen over the past few generations. Certainly, there is no question that many in our culture worship at the altar of the strange god of unlimited autonomy, and we’ve seen the destruction that kind of idolatry has waged. Yet we cannot eradicate human nature, and we cannot completely root out our attraction to the natural moral law. We cannot forget that the eugenics movement and the Tuskegee Study were considered at the forefront of medicine last century. It was only with appeals to natural law principles and a deeper appreciation of human dignity that we came to recognize those as moral horrors. Our recent emphasis on racial justice also testifies to our inherent aspiration to community and the common good.

The human temptation to abandon the natural law and the true God for ersatz ethics and false idols is always with us.  But so is the Church.   The Church’s moral vision is resiliently evergreen, even in today’s climate, because it connects our deepest desires and intuitions to God’s plan for humanity. When we share our Catholic moral vision with clarity and compassion, people have an Emmaus Road experience — “Did not our hearts burn within us?”— because God has created them to recognize the truth.  Now is the time to continue confidently sharing that vision.