His Church. Our Experience.
Subscribe
HomeLocalWho is Saul Alinsky?
Local

Who is Saul Alinsky? 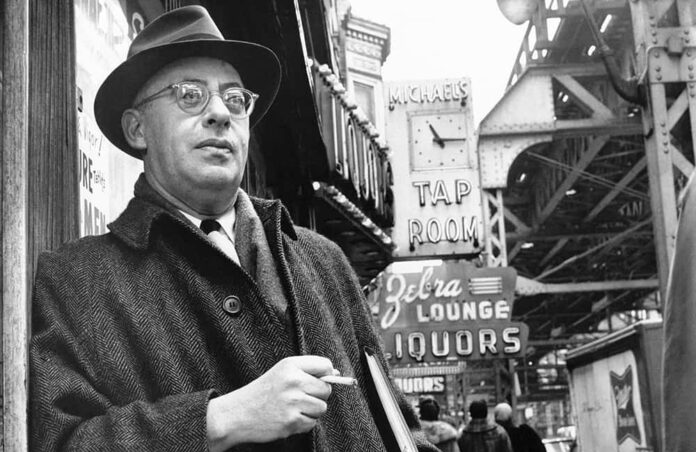 Gradual infiltration of ideas so as to shape culture without its members even realizing it: This is what one man in the 20th century set out to do — and at the time, he even did it with the initial help of the Catholic Church.

The man was Saul Alinsky, a Chicago man born as a Jew who later became agnostic. He studied criminology at the University of Chicago, where he got involved with the mafia. He went on to become the founder of modern community organizing, and began that work with a vision of care for the poor, implementing his strategies in the Diocese of Chicago. His ideologies and community organizing strategies would go on to influence the social and political movements of today.

Father and son duo Richard and Stephen Payne of Arcadia Films co-produced the documentary A Wolf in Sheep’s Clothing on the life of Alinsky and just how far “his tentacles spread” into the philosophical inner-workings of our country — infiltrating the Catholic Church and sowing seeds of the political polarization we see so widespread now.

“He was really central to the profound upheavals within the Church in the care of the poor,” said Richard. “His whole vision of reality breaks the fundamental principles of Catholic moral teaching, which is that the end does not justify the means.”

Alinsky’s approach, according to Richard, is one that is gnostic, a heresy that says you’re saved by your ideas.

“The Church in Chicago bought into that and supported his work and it had a profound impact in the 1960s on the Church’s project for the poor. He had developed nation-wide affiliates and community organizers,” Richard said.

“He had great influence on organizations,” Stephen said. “[Many modern movements] are funded by Alinskian-trained individuals, people who stoke the flames of violence…it stokes anxiety and frustration in poorer communities.”

“Barack Obama and Hillary Clinton, they studied Alinksy. She knew him and she thought he didn’t go far enough. The tentacles [of Alinsky] are quite vast,” he added.

Alinsky didn’t come up with it all on his own, though. Richard explained that “several movements shaped his life historically” and influenced his Marxist ideology.

“In 1919, Lenin developed the Marxist institute, which moved away from the overt brutal forms of Marxism (Soviets or Nazism) to an underground movement,” Richard said. “The Frankfurt School played an essential role in the sexual revolution; they drew on Freud’s pansexualism and merged in the late ’30s and ’40s with movements that would later create the gender revolution.

We show at the end of the film the parable of the Wolf of Gubbio, the wolf that terrorized a town. And St. Francis [of Assisi] comes into town and he tames the wolf, and he brings him back to town, where he’s loved. The key is that. [We have to] see Christ in the poor, not using the poor as a means to an end.”

“In the movement of the Frankfurt School, they bought the idea of gradualism, that it will take a long time to infiltrate [culture]. They were violently anti-Catholic,” Richard continued. “The Fabian Society in England, a movement that was initiated in the 19th century, [is another] — their symbol is a wolf in sheep’s clothing, which means moving under public awareness and cloaking things by redefining the language. These movements came into the country in a post-World War II period, where people were strangely influenced more and more by European movements.”

These movements deeply influenced Alinsky, who in turn impacted the modern movements and ideologies of today.

“It’s fundamentally a gnostic movement, where people are saved by ideas, and there’s the oppressors and the oppressed, and they’re attacked by force, and it usually ends up in violence,” Richard said. “It’s based on this engagement of a confrontation of oppressor and oppressed, that’s so fundamental. It’s created the polarization we see now.”

Their film lays these historical facts out in the lens of the Catholic worldview, and they’ve created a follow-up 10-minute short film that goes into more depth about the modern movements today and how they came from Alinskian thought.

But hope is not lost, Richard and Stephen said.

“We show at the end of the film the parable of the Wolf of Gubbio, the wolf that terrorized a town. And St. Francis [of Assisi] comes into town and he tames the wolf, and he brings him back to town, where he’s loved,” Stephen said. “The key is that. [We have to] see Christ in the poor, not using the poor as a means to an end.”

“The whole film is based on Matthew 7, that ‘underneath is a ravenous wolf’ — but we discern this by fruits,” Richard added. “That’s where we go with the film, we point out where the fruits lie.”

A Wolf in Sheep’s Clothing aired in September of 2016 on EWTN, won multiple film awards and continues to air on the Catholic network occasionally. It can also be watched online at alinskyfilm.com and is available for rent or as a download for purchase.

Richard and Stephen Payne will speak extensively on Saul Alinsky, show a trailer of their film, and reveal an exclusive follow-up short film on A Wolf in Sheep’s Clothing at the Gospel of Life Conference, taking place at St. Thomas More Parish on Saturday, Oct. 21 from 8:30 a.m. – 3:30 p.m. The event includes Mass and lunch, and other speakers including Sister Maris Stella of the Sisters of Life and Father Daniel Ciucci.

Early-bird registration costs $50 and closes Oct. 18; the student rate is $15, and walk-ins cost $55, but with no lunch provided. Registration is capped at 500 attendees.

For more information or to register, visit gospeloflifeco.org.