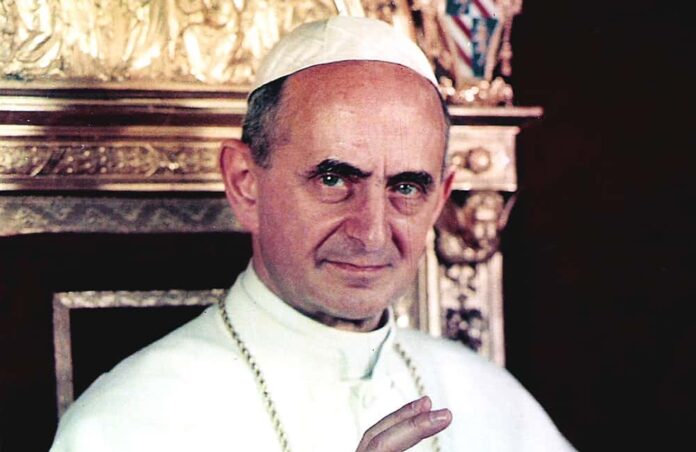 Throughout this academic year, Rome’s Pontifical Gregorian University is hosting a series of lectures, billed as the “first interdisciplinary” study to mark the 50th anniversary of Blessed Paul VI’s encyclical Humanae Vitae. The series promises to examine the “many problems” that have emerged in family life since Pope Paul wrote on the ethics of human love and the morally appropriate methods of family-planning. And that could indeed be useful.

Yet the roster of series speakers is not replete with defenders of Paul VI’s teaching in Humanae Vitae, and at least one of the lecturers has telegraphed his revisionist theological punch by suggesting that today’s “new situation” is quite different from that addressed by Humanae Vitae.

On that, at least, he’s right: the situation is far worse.
The Gregorian promises the involvement of both the social sciences and moral theology in its study, presumably to complement the work of a new historical commission on Humanae Vitae established by Pope Francis. So let’s look at some of the relevant social science.

Demographers tell us that a society must have a “Total Fertility Rate” (TFR) of slightly over 2.1 (the average number of children a woman has during her child-bearing years), if that society is to maintain its population over time. Here are the most recent Eurostat TFP figures for the countries of the European Union in 2014:

Please note that no EU country was in a major war in 2014. Nor was any EU country beset by a devastating plague. Nor did Europe suffer a Vesuvius- or Krakatoa-like natural disaster. In other words, none of the causes of demographic collapse that have depleted populations throughout history was in play in the European Union in 2014. And insofar as I’m aware, European men have not suffered the loss of fertility that sets the stage for P.D. James’s brilliant novel, The Children of Men.

And that means that Paul VI has been thoroughly vindicated in his warnings, in Humanae Vitae, about the effects of a “contraceptive culture:” a culture in which love and reproduction are technologically sundered; a culture in which children become another lifestyle choice like the choice of vacation (the Dalmatian coast or Majorca) or automobile (BMW or Mercedes-Benz); a culture in which the family is redefined absent its most fundamental characteristic – the transmission of the gift of life and the nurturance of the young.

Now there’s something for our Gregorian social scientists to ponder with their theological colleagues over the next eight months. Yet the notable absence of Humanae Vitae proponents among the lecturers does not fill me with confidence that the causal linkage between the contraceptive mentality and Europe’s demographic suicide will be seriously examined in this series of lectures.

Neither does the absence from the roster of lecturers of one of the Church’s most brilliant analysts of the social and cultural impacts of contraception, my friend Mary Eberstadt. Mrs. Eberstadt’s 2012 book, Adam and Eve After the Pill: Paradoxes of the Sexual Revolution (Ignatius Press), analyzes the real-world effects of ignoring Paul VI on men, women, children, values, and culture with greater insight than anything produced at the Pontifical Gregorian University since Humanae Vitae was issued; of that, I am quite confident. Yet Mary Eberstadt was not invited to participate in an examination of the “new situation” after Humanae Vitae.

And that, in turn, suggests that those who arranged this series of lectures are either woefully ignorant of what’s happening outside their intellectual silos – or that the Gregorian conference organizers have more than their elbows up their sleeves.