What’s with the buzz about The Benedict Option? 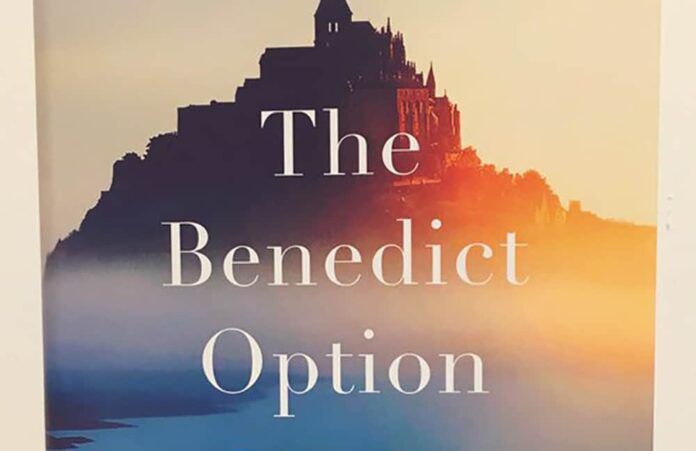 It’s hard to recall another Christian book that has garnered so much attention in the media and has generated such vigorous discussion among pundits as Rod Dreher’s The Benedict Option: A Strategy for Christians in a Post-Christian Nation (Sentinel, 2017). Is the book calling for a retreat to the hills? Is it calling us to greater social engagement? Is it just not saying much? All of these interpretations have been put forward.

The book, however, has touched a nerve among Christians, revealing our vulnerability in a hostile, secular culture and the need to form a plan of action to move forward. The book clearly has revealed anxiety about the future of Christians in our country. Will we have to compromise our identity at work, at school, and in society? But, on the other hand, it also has shed light on the desire of many people for a more fully Christian life, with stronger community and a life less encumbered by technology.

What is the core claim of the book? Given the profound crisis of culture, we cannot look to mainstream institutions for our future. Rather, we need to form intentional communities that more fully embody our Christian faith and in which we are willing to face the consequences of going against the current. It is from such institutions that real cultural change will occur. Thus, The Benedict Option is all about being active and engaging the problems of society. It recognizes, however, that solutions will begin locally, in the relationships that we can influence. Rebuilding our culture will begin there.

Dreher addresses issues related to education, work, sexuality, technology, and the laxity of Christian churches. On this last point, he challenges us to consider that “a church that looks and talks and sounds just like the world has no reason to exist” (121). Rather than flowing along with the mainstream, Dreher urges us to be countercultural in all of these areas. The book challenges us to live differently. For instance, “in a society that values comfort and well-being over anything else, there may be no more essential Christian formative practice than regular fasting” (114). Putting faith before all else—even to the point of suffering for it—will be necessary to stand against the many obstacles to the Christian life we face.

Many people ask why Dreher has pointed to St. Benedict as a key figure for cultural renewal. St. Benedict lived at a time of cultural upheaval following the collapse of the Roman Empire. Even though he sought solitude in the wilderness, he soon found himself at the center of a large monastic movement. Seeking God above all else, his monks nonetheless laid the foundation for a new civilization, uniting work and prayer, forming a strong Christian community, and ordering all things to God. In our own time of transition, there is much wisdom to be gained from St. Benedict. In particular, the Rule of St. Benedict is marked by a familial character. The monastery is governed by an abbot, which means father, who guides his sons in coming to maturity in the Christian life. Benedict sought to found a “school for the Lord’s service,” a culture in miniature in which the monks would be self-sufficient and all they do ordered to God in prayer.

Dreher calls for the family to be a “domestic monastery,” where children learn to put prayer and put the Church first in their lives. He says, “just as the monastery’s life is ordered toward God, so must the family home be” (124). This does not mean living in isolation, but rather provides a call for deeper community, as “Christian families have to start linking themselves decisively with other families” (141). Dreher also calls families to return to the practice of hospitality and to limit the use of technology in the home. This fits with Dreher’s goal of encouraging us to embrace counter-cultural practices and “to focus on prudent, achievable goals” (87). In the end, this means living an intentional and more fully Christian life in our family and in all that we do.

The book helps us to envision what intentional Christian community looks like and what we need to do to make it a reality. It’s written in an accessible style, even when describing the dynamics of modern history and the life of Benedictine monks. As a Benedictine oblate, I definitely appreciate the fact that Dreher has pointed us to the importance of Benedictine spirituality for our time. Despite the criticism the book has received for allegedly advocating retreatism, Dreher clarifies:

“The way of Saint Benedict is not an escape form the real world but a way to see that world and dwell in it as it truly is. Benedictine spirituality teaches us to bear with the world in love and to transform it as the Holy Spirit transforms us. The Benedict Option draws on the virtues in the Rule to change the way Christians approach politics, church, family, community, education, or jobs, sexuality, and technology. And it does so with urgency” (77).

The buzz surrounding The Benedict Option demonstrates that Dreher has drawn our attention to a pressing matter. We need to begin the process of rebuilding our culture, with the help of the spiritual tradition that built it the first time.