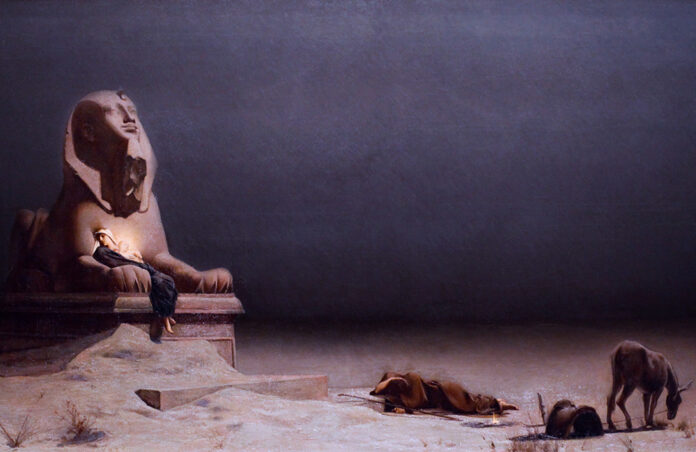 While it’s fitting and perhaps even providential that Pope Francis proclaimed this year the Year of St. Joseph, the truth is that St. Joseph has played a pivotal, albeit quiet role in the Church for hundreds of years and is a powerful intercessor for both those times and today’s.

In more recent times, leaders of the Church have recognized the importance of St. Joseph and have sought to bring devotion to him to the forefront of the faithful’s hearts and minds. In 1870, Blessed Pope Pius IX declared St. Joseph as Patron of the Universal Church, and it was for the 150th anniversary of this occasion that Pope Francis declared a Year of St. Joseph in the first place. In 1889, Pope Leo XIII released Quamquam Pluries, an encyclical in which he presented St. Joseph as a model of virtue while dealing with the challenges of modernity at the turn of the century. From this, he began to delineate a theology of St. Joseph that has since developed and been carried into today’s world.

Then, in 1989, for the centenary of Quamquam Pluries, Pope St. John Paul II released his own Apostolic Exhortation on St. Joseph, Redemptoris Custos (Guardian of the Redeemer). The exhortation drew upon the wisdom of St. John Paul II’s predecessors but also offered his own wisdom on St. Joseph and how both the Church and individuals can learn from his powerful example.

The following five key insights from Redemptoris Custos remain strikingly relevant to the modern world, especially as we honor St. Joseph in this year dedicated to him.

St. Joseph is a model of obedience and faithfulness

Let’s face it: Nobody likes to do hard things, let alone something like agreeing to raise a child who was conceived by the Holy Spirit and marrying the holy woman who bore him. You can’t fault St. Joseph for seeking an out; but when the Lord’s messenger appeared and told him to take Mary as his wife, he obeyed. Like Mary’s “fiat,” St. Joseph’s “yes” is an oft-overlooked yet critical detail in the story of Jesus. As St. John Paul II writes, “He took her in all the mystery of her motherhood. He took her together with the Son who had come into the world by the power of the Holy Spirit. In this way he showed a readiness of will like Mary’s with regard to what God asked of him through the angel” (RC, 3).

In today’s world, the only rules people like to obey are their own, but Christians are called to something far more fulfilling. St. Joseph beautifully exemplifies how obedience to God’s will first and foremost is what bears the greatest fruits.

St. Joseph was a true father to Jesus

Yes, Jesus was the Son of God, but he was also son to St. Joseph. St. John Paul II aptly notes: “Joseph’s marriage to Mary is the juridical basis of his fatherhood. It was to assure fatherly protection for Jesus that God chose Joseph to be Mary’s spouse. It follows that Joseph’s fatherhood […] comes to pass through marriage to Mary, that is, through the family” (7). In fact, St. John Paul II argues that “while it is important for the Church to profess the virginal conception of Jesus, it is no less important to uphold Mary’s marriage to Joseph, because juridically Joseph’s fatherhood depends on it” (7).

It makes perfect sense when you think about it; St. Joseph merited fatherhood through his marriage to Mary, and as such, Jesus truly was his son: “The Son of Mary is also Joseph’s Son by virtue of the marriage bond that unites them” (7). Would you call an adoptive father any less a father to his adopted children? Of course not! So, too, with Joseph and Jesus. Like a true father, St. Joseph rose to the challenge of raising Jesus and forming him into the man he became; it is so important and encouraging to remember this! Quoting St. Augustine, St. John Paul II continued: “Joseph is the one whom God chose to be the ‘overseer of the Lord’s birth,’ the one who has the responsibility to look after the Son of God’s ‘ordained’ entry into the world, in accordance with divine dispositions and human laws. All of the so-called ‘private’ or ‘hidden’ life of Jesus is entrusted to Joseph’s guardianship.”

St. Joseph was sanctified through his work

The Gospels say very little about St. Joseph, so it can be reasonably surmised that what they do tell us about him is of the utmost importance. The Gospels explicitly state that St. Joseph was a carpenter, and in those days, it was common for carpenters to train up an apprentice in their craft. Indeed, during the “hidden” years of Jesus’ life, the Gospels imply that Jesus was St. Joseph’s apprentice; “Having learned the work of his presumed father, he was known as ‘the carpenter’s son,’” St. John Paul II writes (22).

In the case of the Holy Family, work was also an expression of love, St. John Paul II said, and in their work, they display yet another important paradigm for family life: “If the Family of Nazareth is an example and model for human families, in the order of salvation and holiness, so too, by analogy, is Jesus’ work at the side of Joseph the carpenter” (22).

In today’s world, a person’s work very much defines them, yet there can be a negative connotation associated with work; one that treats it as mundane and meaningless. However, there is a valuable lesson to be learned in the human work of St. Joseph, and by extension the human work of Jesus. “Human work, and especially manual labor, receive special prominence in the Gospel,” St. John Paul II writes. “Along with the humanity of the Son of God, work too has been taken up in the mystery of the Incarnation, and has also been redeemed in a special way. At the workbench where he plied his trade together with Jesus, Joseph brought human work closer to the mystery of the Redemption” (22).

Work, therefore, became sanctified; and just as St. Joseph was sanctified through his work, so, too, can all people be sanctified in their own daily labors.

Silence is hard to come by these days, with the hustle of daily life and the countless distractions of smartphones and social media and streaming services that exist in spades. It’s nothing more than human nature to converse and communicate and speak our minds to others, but is that always the most prudent thing to do? How many of us talk about doing something yet never actually act upon it?

Contrast this mentality with St. Joseph, who says nary a word in the Gospels but instead communicates through his actions. “It is, a silence that reveals in a special way the inner portrait of the man,” St. John Paul II writes. “The Gospels speak exclusively of what Joseph ‘did.’ Still, they allow us to discover in his ‘actions’ – shrouded in silence as they are – an aura of deep contemplation” (25).

In his silence, St. Joseph’s interior life cuts through the noise and reveals his strong virtue which empowered him to accept Mary as his wife and raise the Son of God: “The total sacrifice, whereby Joseph surrendered his whole existence to the demands of the Messiah’s coming into his home, becomes understandable only in the light of his profound interior life” (26).

Blessed Pope Pius IX couldn’t have known how crucial St. Joseph’s intercession would be in the year 2021, when he declared him the patron of the universal Church, yet here we are. And although St. John Paul II delivered Redemptoris Custos over 30 years ago, its words are made all the more relevant now as we observe this Year of St. Joseph.

St. Joseph quietly watches over the Church here on earth, just as he did Jesus in his childhood. The Church cannot deny the need for St. Joseph as her guardian and protector. As St. John Paul II observes, “Besides trusting in Joseph’s sure protection, the Church also trusts in his noble example, which transcends all individual states of life and serves as a model for the entire Christian community, whatever the condition and duties of each of its members may be” (30).

As was intended by St. John Paul II and Pope Leo XIII before him, this Year of St. Joseph is an opportunity for renewed devotion to this most essential patron of the Church. Throughout the ages, many have attested to the power of St. Joseph’s intercession, and this same power can be ours if we simply ask. Today, as we stand at the precipice of modernity and the many challenges it brings, St. John Paul II’s closing words to Redemptoris Custos ring clear and true:

“This just man, who bore within himself the entire heritage of the Old Covenant, was also brought into the ‘beginning’ of the New and Eternal Covenant in Jesus Christ. May he show us the paths of this saving Covenant as we stand at the threshold of the next millennium, in which there must be a continuation and further development of the ‘fullness of time’ that belongs the ineffable mystery of the Incarnation of the Word” (32).