What the Year of St. Joseph means, and how to gain the indulgences 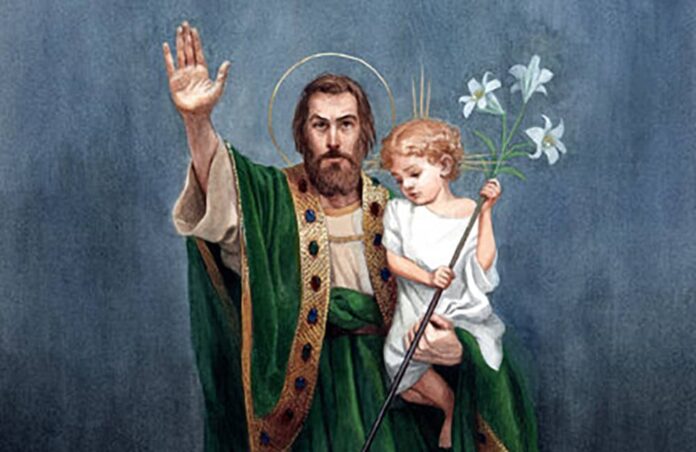 The announcement that many people have been anxious and longing to hear for several years finally came on Dec. 8 as Pope Francis declared the beginning of a Year of St. Joseph.

The timing was perfect, coming on the 150th anniversary of Blessed Pius IX declaring St. Joseph as Patron of the Catholic Church and on the feast of the Immaculate Conception of Mary, Joseph’s spouse.

Along with the Pope’s announcement in his apostolic letter Patris Corde (“Heart of the Father)” came a proclamation from the Apostolic Penitentiary about special plenary indulgences that are now available for this Year of St. Joseph.

More on the exact ways to obtain them in a moment. First, let’s hear what a couple of St. Joseph scholars think.

“It’s beautiful that after 2,000 years the Church celebrates a special year in honor of the humble and hidden Husband of Mary,” Father Larry Toschi, an Oblate of St. Joseph, pastor, and founder of the Holy Spouses Society in California said.

“As Oblates of St. Joseph, committed by lifelong vow to serving the interests of Jesus in imitation of St. Joseph, it brought great joy to our hearts to receive this announcement from Pope Francis, on the Feast of the Immaculate Conception of Mary, the 150th anniversary of his being proclaimed Patron of the Catholic Church. After his Holy Virginal Spouse, St. Joseph is the greatest model of sanctity and the most powerful intercessor ever. May this year bring renewal and re-flourishment to our Church and help each of us grow in holiness through imitating him.”

Father Stanley Smolenski, the director of the Diocesan Shrine of Our Lady of Joyful Hope/Our Lady of South Carolina, is also exceptionally happy about the announcement.

“This third millennium has been providentially reserved for St. Joseph,” he said. “The first was Christocentric via the Councils, the second was Marian-focused on her devotions, apparitions and dogmas. That means that the third person of the Earthly Trinity, St. Joseph, would naturally follow.”

“We have seen the importance of St. Joseph increasing in our times with social decay,” he added. “Isodore Isolanis, a 16th-century Dominican, prophesied that ‘The sound of victory would be heard when the faithful acknowledge the sanctity of St. Joseph.’”

Father Donald Calloway, vicar provincial and vocation director for the Marian Fathers of the Immaculate Conception and author of Consecration to St. Joseph: The Wonders of Our Spiritual Father, said, “It’s amazing. My phone is ringing off the hook. I’m getting calls from bishops’ offices around the world.”

They’re telling him, “We want to do the consecration for our diocese ending especially on March 19, the feast day of St. Joseph.” And in a single day since the announcement he got more 300 emails about the consecration.

“We’re setting in motion major things for the world. The book has a huge part in it.”

Huge, too, are the plenary indulgences Rome is offering during this Year of St. Joseph.

Plenary Indulgences for the Year of St. Joseph

All this year until Dec. 8, 2021, the decree from the Apostolic Penitentiary, which is in charge of indulgences, has established that the faithful “following his example can daily strengthen their life of faith in the full fulfillment of God’s will.” They will have “the opportunity to commit themselves, with prayers and good works, to obtain with the help of St. Joseph, head of the heavenly Family of Nazareth, comfort and relief from the serious human and social tribulations that today afflict the contemporary world.”

Back 150 years ago when Pius IX also saw turmoil aplenty, causing him to then declare St. Joseph as Patron of the Universal Church.

What are these indulgences the Apostolic Penitentiary is bestowing in this Year of St. Joseph per the Holy Father’s decree to “benefit the perfect achievement of the intended purpose?”

We can gain a plenary indulgence under the usual conditions — sacramental confession, Eucharistic communion and prayer for the intentions of the Holy Father, “with a soul detached from any sin” if we participate in the Year of St. Joseph in several specific ways that the Apostolic Penitentiary has established for us to gain the plenary indulgence.

As long as we’re in the state of grace one sacramental confession suffices for gaining several plenary indulgences, but a separate Holy Communion and separate prayer for the intentions of the Holy Father are required for each plenary indulgence. According to the most recent Church guidelines on the subject, “it is sufficient that these sacred rites and prayers be carried out within several days (about 20) before or after the indulgenced act.” Yet “it is, however, fitting that Communion be received and the prayer for the intention of the Holy Father be said on the same day the work is performed.”

Here are the many opportunities and ways throughout this Year of St. Joseph, from now until Dec. 8, 2021, for us to gain the plenary indulgence over and over. Fulfilling the above conditions along with performing one of the particular works determined by the Penitentiary office can be done daily. One plenary indulgence per day. Remember, the only living person we can apply it to is our self. And we can apply it to any soul in purgatory. Think how many souls you get help — from relatives to unknowns by asking St. Joseph and Mary to pick out the souls for you.

First, because St. Joseph “invites us to rediscover the filial relationship with the Father,” renew faithfulness to prayer and listen intensely to God’s will, the plenary indulgence is granted if we meditate for at least 30 minutes on the Our Father, or be part of a “spiritual retreat of at least one day that includes a meditation on St. Joseph.”

Second, St. Joseph the just man “urges us to rediscover the value of silence, prudence and loyalty in fulfilling one’s duties.” Because St. Joseph practiced the virtue of justice in a perfectly model way “full adherence to the divine law, which is the law of mercy. So following St. Joseph’s example, we can obtain a plenary indulgence carrying out a corporal or spiritual work of mercy.

Third, St. Joseph’s main vocation was to be guardian of the Holy Family, husband of Mary, and legal father of Jesus. To inspire, enthuse and encourage all Christian families to live with the same “intimate communion, love and prayer” that the Holy Family lived, we can obtain a plenary indulgence for praying the Holy Rosary “in families and between engaged couples.” What a start this is for engaged couples’ upcoming marriage too.

Fifth, considering the Holy Family’s flight to Egypt “shows us that God is where man is in danger, where man suffers, where he escapes, where he experiences rejection and abandonment,” as Francis said, we can gain a plenary indulgence if we recite the Litany to St. Joseph (Latin tradition), or the Akathistos to St. Joseph, in whole or at least some of it (Byzantine tradition), or some other prayer to St. Joseph “proper to other liturgical traditions” for the Church persecuted ad intra [interior, from inside] and ad extra [exterior, from outside] and for the relief of all Christians who suffer every form of persecution.”

Sixth, “to reaffirm the universality of St. Joseph’s patronage on the Church,” we can gain a plenary indulgence if we recite any legitimately approved prayer or act of piety in honor of St. Joseph — for example, “To you, O Blessed Joseph”, especially on his feast days of March 19 and May 1, on the Feast of the Holy Family of Jesus, Mary and Joseph (this year on Sunday, Dec. 27), on the Byzantine Rite’s St. Joseph’s Sunday, on the 19th of each month and on every Wednesday, the day dedicated to St. Joseph.

“Wednesday is special to me,” Father Calloway said. “Just like we have the First Saturdays devotion, I think now we’re going to see an increase of attention to the First Wednesday of the month.” At the same time “we have the incentive to remember that every Wednesday” is dedicated to St. Joseph.

Father Calloway reminds that under these prayers to St. Joseph, we “can also do get the indulgence by doing the Consecration to St. Joseph.” Earlier this year the Apostolic Penitentiary gave him a letter granting that anyone who does the consecration can gain a plenary indulgence.

In Light of the Health Crisis

The Apostolic Penitentiary has also taken into account the worldwide situation regarding the health crisis. The office stated the “gift of the plenary indulgence is particularly extended to the elderly, the sick, the dying and all those who for legitimate reasons are unable to leave the house, who with a soul detached from any sin and with the intention of fulfilling, as soon as possible, the three usual conditions, in their own home or where the impediment holds them, they will recite an act of piety in honor of St. Joseph, trust in God the pains and discomforts of their life.”

Furthermore, for people’s fulfillment of getting divine grace, the Penitentiary “earnestly prays that all priests endowed with the appropriate faculties, offer themselves with an available and generous spirit to the celebration of the sacrament of Penance and often administer Holy Communion to the sick.”

This Year of St. Joseph is ready to draw down graces upon us through the intercession of St. Joseph. Exactly 103 years after he appeared in the last Fatima apparition with Mary, and as he held the Child Jesus with whom he jointly blessed the world, St. Joseph is ready to bring this downpour of grace after grace upon us — if we accept and follow and ask and pray. What an unbelievable gift from heaven.

Father Calloway thinks each diocese is probably going to organize some specific conferences on St. Joseph. He also thinks “regional events are going to spread in the world,” including “talks on the family, talks on manhood … it’s going to be huge.”

As St. Teresa of Ávila said, “To other saints it seems that God has granted to help us in this or that need, while I have experienced that the glorious St. Joseph extends his patronage on all.” This year St. Joseph wants us to believe that and act upon that.