His Church. Our Experience.
Subscribe
HomeChristmasWhat the Magi teach us
ChristmasPerspectiveGeorge Weigel

What the Magi teach us 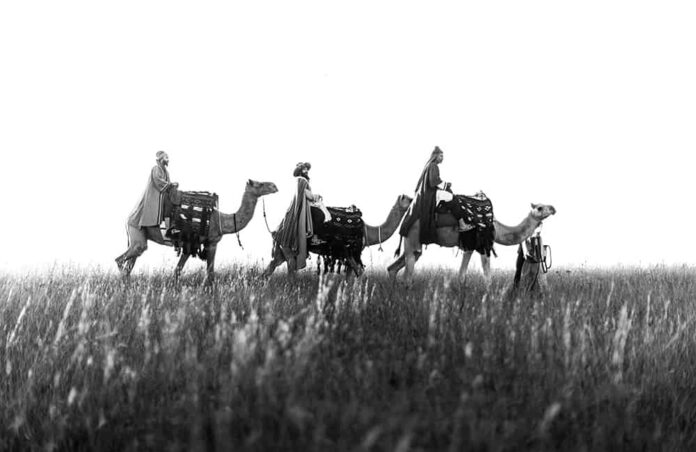 Among the tenured professorial skeptics, few Gospel episodes have been sliced, diced, and tossed to the dissecting room floor as “mythology” more often than the story of the Magi: the “wise men from the East [who] came to Jerusalem, saying, ‘Where is he who has been born king of the Jews? For we have seen his star in the East and have come to worship him’” (Matthew 2:2).

In Jesus of Nazareth: The Infancy Narratives, Joseph Ratzinger/Pope Benedict XVI, who avoids the unfortunate academic habit of treating ancient texts with haughty suspicion, takes a different view.  The Magi, he writes, are not mythical figures in “a meditation presented under the guise of stories.” Rather, “Matthew is recounting real history,” but “history theologically thought through and interpreted.” That is why the Magi story helps us to “understand the mystery of Jesus more deeply.”

What do the Magi teach us?

First, they anchor Jesus in the human drama, in a real time and place, by putting these exotic pilgrims in contact with Herod the Great, about whose brutal reign we know a lot; the reference to Caesar Augustus in Luke 2:1 performs the same “anchoring” function. At the very beginning of the Jesus story, Matthew and Luke tell their readers (or more often in their day, their listeners) that Jesus of Nazareth is not a figment of someone’s fevered religious imagination. Jesus is as real as real gets.

Secondly, the Magi’s protean accomplishments – they were philosophical sages, priests, and astronomers – have a meaning beyond credentials. They remind us, Benedict XVI notes, that “religious and philosophical wisdom” can be “an incentive to set off in the right direction” in life: which is to say, human wisdom can, for those with open minds and hearts, eventually lead to Christ.

As men of a profound if unfulfilled openness to the divine, the Magi are “successors of Abraham, who set off on a journey in response to God’s call.” As philosophers, though, they are also “the successors of Socrates and his habit of questioning above and beyond conventional wisdom toward the higher truth.” Thus these mysterious figures (depicted in colorful, polka-dotted raiment in the Basilica of St. Mary Major, Rome’s “Bethlehem”) are “forerunners, preparers of the way, seekers after truth, such as we find in every age” – at least among those with the humility to reject a cramped, materialistic view of the world and ask, “Is that all there is?”

Third, the fact that the Magi were not Jews suggests that the mission ad gentes, “to the nations,” is embedded in the reality of Jesus, the long-awaited Jewish messiah, from the beginning. That the first of these gentile “others” to recognize the “newborn king of the Jews” were men of intellect and science teaches another important lesson: all truths lead to the one Truth. Every authentic human religious impulse, Pope Benedict asserts, “involves a search for truth, a search for the true God and hence ‘philosophy’ in the original sense of the word” [love of wisdom]. Wisdom purifies “scientific knowledge,” because wisdom does not permit “science” to remain rationalistically introspective: wisdom reminds science that there is more to truth than equations, formulas, and data.

Fourth, the Magi “from the East” – the locus of dawn – are emblems of new beginnings. As such, they are timely visitors at the end of a terrible year in which history seems to have lost its moorings. Pope Benedict again: The Magi “represent the journeying of humanity toward Christ,” in whose life, death, and resurrection the human story begins anew. The Magi “initiate a procession that continues throughout history…they represent the inner aspiration of the human spirit, the dynamics of religions and human reason toward him” who alone can make “all things new” (Revelation 21:5) – even amidst pandemics and the politics of the culture of death.

Finally, the Magi anticipate St. Paul’s teaching that Jesus Christ is lord of the cosmos as well as lord of history. The early Church, Pope Benedict writes, had to deal with the challenge of all sorts of “astral divinities” thought to be in charge of the universe and of our lives – not unlike the challenge posed today by a widespread credulity about horoscopes. Matthew’s theological crafting of the story of the wise men thus makes a crucial point: in Benedict’s words, “it is not the star that determines the child’s destiny; it is the child who directs the star.” God is in charge: not the stars, the planets, or other impersonal forces.

So welcome again, Caspar, Melchior, and Balthasar. Our confused age needs you.

George Weigel
George Weigel is a Distinguished Senior Fellow of the Ethics and Public Policy Center in Washington, D.C. His column is distributed by the Denver Catholic.
RELATED ARTICLES
Christmas