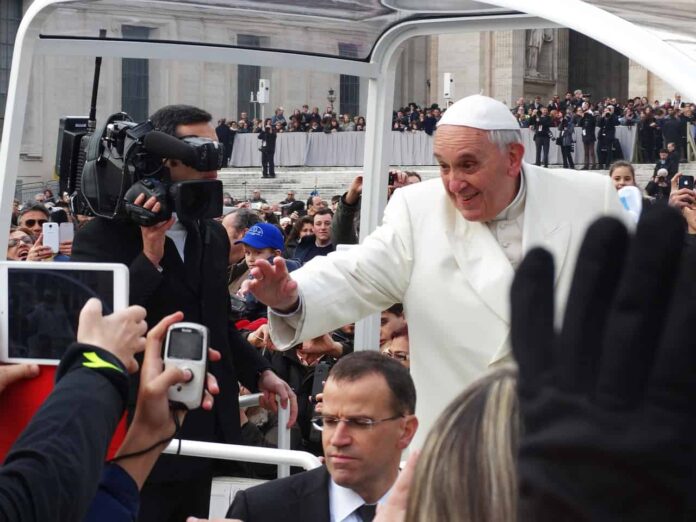 The universal word “father” points to a fundamental relationship that is as old as human history. Yet, Pope Francis says we have reached a point in history in which many would claim our society is a “society without fathers,” characterized not so much by the hostile presence of the father, but by his “absence” and “inaction.”

In the hope of fighting the many negative consequences in children and society that a negligence of this responsibility causes, the pope has often preached on the importance of being holy fathers and husbands, helping men strive for the type of holiness they are called to live out.

These are some of the key elements the Holy Father has highlighted:

Hand down what really matters

What really matters is that a father hand down a wise heart to his son, the pope says. The Father should not say to his child, “I am prof of you because you are the same as me, because you repeat the things I say and do.” Instead, he should say, “I will be happy every time I see you act with wisdom, and I will be moved every time that I hear you speak with rectitude.” A father should teach his children the attitude to feel, act, speak and judge with wisdom and rectitude, the pope says.

Your example is a priority

In order to hand down what really matters, the pope assures that the father must be just that which he is trying to convey to his children. A wise and mature father should be able to say to his child: “I gave you a testimony of rigor and steadfastness that perhaps you didn’t understand, when you would have liked only complicity and protection. I had first to test myself in the wisdom of my heart, be vigilant of my excesses of sentiment and resentment, in order to carry the weight of the inevitable misunderstandings, to find the right words to make myself understood.” This will make it possible for his children to pass down the message to the following generation. It’s a legacy that his children will honor and that will bring abundant joy and consolation to a father, Pope Francis says.

Be a companion and a father

Be both, the Holy Father says, but don’t abuse. Sometimes fathers err on just being one or the other. When they want to be fathers by being present but without closeness, they run the risk of being controlling. “Fathers who are too controlling overshadow their children, they don’t let them develop,” the Holy Father says. On the other hand, when fathers only treat their children as peers, they are likely to retreat and neglect their responsibilities. “It’s true that you’re a ‘companion’ to your child, but without forgetting that you are the father! If you behave only as a peer to your child, it will do him or her no good” Pope Francis says.

A child needs an authoritative figure, and so it is important that the father knows how to correct with firmness: “he is not a weak father, submissive and sentimental,” Pope Francis points out. Knowing how to correct, however, implies doing so without causing great damage. In other words, a father must learn to discipline with a sense of dignity.  “The father who knows how to correct without humiliating is the one who knows how to protect without sparing himself… He must punish, but he does it in a just way, and moves on,” the pontiff states. To do this, a father must learn how to wait and how to forgive from the depths of his heart, he adds.

Pope Francis understands fathers can feel “useless” or “unnecessary” at times. Yet, he insists that the father plays a key role simply by the “gift of his masculinity,” which compliments the gift of femininity, and allows him to be present to his wife and children in a unique way. He has the capacity of leading his children to God in a special way: “If, then, there is someone who can fully explain the prayer of the ‘Our Father,’ taught by Jesus, it is the one who lives out paternity in the first person. [Yet] without the grace that comes from the Father who is in Heaven, fathers loose courage, and abandon camp,” the pope says.