His Church. Our Experience.
Subscribe
HomeLocalWhat do we mean by the term ‘Kerygma?’
Local

What do we mean by the term ‘Kerygma?’ 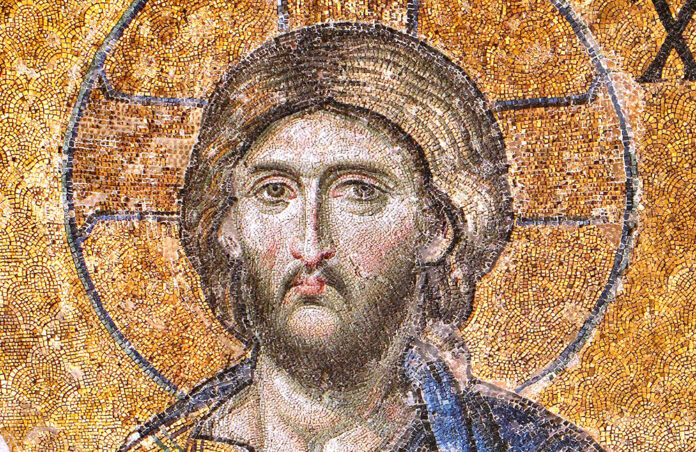 On June 16, Archbishop Christophe Pierre addressed the U.S. Conference of Catholic Bishops. His fundamental message to them was, based on Pope Francis’ insights, to begin again from Christ. A crucial point he develops is evident in the following words from his address:

“The kerygma — the proclamation of the Good News — is not a ‘traditional’ custom or a certain ‘social practice.’ The kerygma is the joyful announcement that Jesus Christ is a living Person to be encountered, who through his Resurrection has defeated sin and death.”

Given his emphasis on this, we do well to explore what is meant by the kerygma. A proper understanding of it becomes more central as we look to evangelizing a culture, almost from scratch.

The term κήρυγμα (kerygma) is a Greek word meaning “proclamation.” The Greek word κηρύσσω (kerysso) means “herald,” or one who proclaims. And thus the kerygma is what is proclaimed.

As the Apostles began the work of preaching and proclaiming Christ, they proclaimed a message that was rather basic and simple. More extended teaching or instruction would come later, after baptism. But the initial proclamation of Christ was simple and to the point.

There are eight sermons or proclamations delivered by Peter and Paul that illustrate basic aspects of the kerygma:

3. Acts 4:8-12 — Peter to the Jewish leaders at the healing of the paralyzed man

4. Acts 5:29-32 — Peter again the Jewish leaders who order the Apostles to be silent

This does not mean that later development was not both necessary and good. It simply means that the initial proclamation sought to get right to the point. In effect, this kerygmatic approach was seen more as a proclamation addressed directly to the hearer, and as a call to conversion, rather than as an extended catechesis or appeal to the reason through motives of credibility.

The basic content of the kerygma emphasized that Jesus is the chosen Messiah of God, the One who was promised. And though he was crucified, he rose gloriously from the dead, appearing to his disciples. And now, having been exalted at the right hand of the Father through his ascension, summons everyone to him.

This proclamation (kerygma) requires a response from its listeners, that they should repent of their sins, accept baptism and live in the new life that Christ is offering. This alone will prepare us for the judgment that is to come upon all humanity. There is an urgent need to conform ourselves to Christ and be prepared by him for the coming judgment.

If I might propose a more colloquial version of the ancient kerygma it would be this:

You got it bad and that ain’t good. But there is a doctor in the house and his name is Jesus. And if you will call on him, he will go to work in your life and save you from the mess you are, and the mess you have made.

It will be noted that the kerygma was not some mere happy-clappy proclamation. It starts with a frank declaration that we are sinners and need God’s mercy. Repentance from sins and dead works opens the door to the beautiful savior who waits to heal us through a life-changing and transformative relationship with him.

This was the basic kerygma. The Apostles and the early Church would surely go on to develop more — for example, the theology of grace, moral theology, Christology, ecclesiology, Trinitarian theology, and so forth. But the deeper things and concepts wait until the soul has first been cleansed of sin, and the darkness of mind that sin brings. Once initiated into the mysteries through baptism, the soul is now able to go on to maturity in Christ.

Our tendency today is to unload the entire bale of hay — to instruct converts in the whole doctrine of Christ, before they are even initiated, and ask that they assent to all of it, before they are baptized or received into the Catholic Church.

This is not wrong per se, but there are some today who argue that we should get back to the original plan of proclaiming the basic kerygma — repentance, baptism and the faith that that implies — and then continue instruction in the deeper things after the enlightenment that baptism brings. It is too easy, they argue, for people to get lost in the weeds and miss the essential point.

For example, some catechists rush to the demands of the moral norms when the converts have little understanding or experience of the grace that life in Christ provides. Within weeks of entering a catechumenate, the students are being asked to ponder sophisticated notions of sanctifying versus actual grace, transubstantiation, Trinitarian mysteries and so forth. The faith is taught more as a subject than a relationship. Having met Christ and the need for his saving love, one then desires to know all that he taught and live the life he died to give them.

It would seem that the earliest days of the Church reserved a good deal of the fuller content of the faith for a time of μυσταγωγia (mystagogia), a kind of ongoing instruction into the mysteries to which one has already been initiated and experienced. In fact, the early Church often kept the deeper things hidden until after baptism. There was a kind of a discipline of the secret (disciplina arcanis). And those who were unbaptized could not experience the liturgy or expect that deeper things should be revealed to them until after they had been enlightened by baptism, confirmation and Holy Communion.

And thus, one approach of the New Evangelization today is the proposal to return to a more kerygmatic approach. This is especially the case when we are, in effect, starting from scratch with many people today. For in some sense, the current times are like the pagan world in which the Apostles first proclaimed the Gospel of Jesus Christ.

It is true that the West is more an “angry divorcee,” where the ancient Gentile world was more like a virgin awaiting her groom. But there are still some parallels, and our presumption that most people have heard the basics of Scripture and of the Gospel is generally a poor presumption today. Most have not heard Christ or the Scriptures authentically proclaimed. And to the degree that they have, it has often been proclaimed to them with hostility and cynicism by a world and a culture that scoffs at the claims of Christ, his Church and the Christian tradition.

In this current climate and context, some argue for a return to the basic apostolic preaching as a fundamental schema and strategy in speaking to an unbelieving world. Deeper doctrines can be enunciated later but the initial proclamation should stick to basics. Archbishop Pierre seems firmly in this school, which is commendable for its return emphasizing the need for salvation and pointing to the One who alone can save us.

One small quibble with the good archbishop’s remarks, humbly offered. He says,“When Christianity is reduced to custom, to moral norms, to social rituals, it loses, sooner rather than later, its vitality and its existential interest for the men and women of our day.”

This is true enough. Reductionism is never good. However, a vigorous Christian presence in any culture ought to seek to strongly influence customs, moral norms and social rituals. While it cannot be reduced to this, we are seeing how dark and lost a culture can quickly become without the Christian light shining brightly. The return to the basic kerygma is thus not merely about the conversion of individuals, but also, through them, the conversion of a culture fast descending that once reflected the beauty of Christendom more clearly, even if not perfectly. If our light is darkness, how deep will the darkness be (see Matthew 6:23)!

Many good insights from the archbishop were given to the U.S. bishops. Somehow I am mindful of the words of an old Gospel hymn that point also to the kerygma and keeping our focus on Jesus:

Oh! the world is hungry for the Living Bread,
Lift the Savior up for them to see;
Trust Him, and do not doubt the words that He said,
“I’ll draw all men unto Me.”

Don’t exalt the preacher, don’t exalt the pew,
Preach the Gospel simple, full, and free;
Prove Him and you will find that promise is true,
“I’ll draw all men unto Me.”

Lift Him up by living as a Christian ought,
Let the world in you the Savior see;
Then men will gladly follow Him Who once taught,
“I’ll draw all men unto Me.”