We live in a fallen world. Now what? 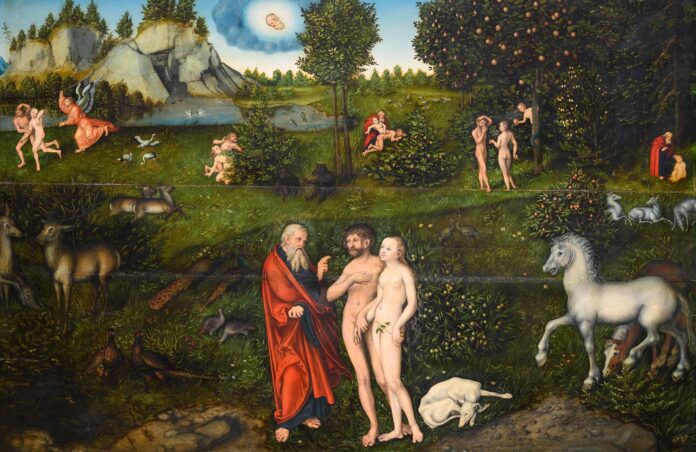 Once, an editor of The Times newspaper asked G.K. Chesterton, “What is wrong with the world?” Chesterton, the great master of common sense and wit that he was, responded: “Dear Sir: I am. Yours, G.K. Chesterton.”

“I am.” There is starting honesty and humility in recognizing that the world’s problems rest in the heart, and not ultimately in any of the great social, political, or economic forces on the outside. It is the problem within the heart that causes those exterior troubles, of course. There are certainly sinful structures in the world, which are structures that arise from and encourage sin, such as Communism, although they only have power because they tap into the darkness within us. The world is broken because we are broken.

Chesterton, once again, points to the commonsense reality of our brokenness. He rightly recognizes that “certain new theologians dispute original sin, which is the only part of Christian theology which can really be proved.” We can simply look around to recognize that we live in a fallen world. Due to the Fall, stemming from the sin of Adam and Eve, every human being following them has been born into the world without the gifts that God originally intended for us. He desired us to live without evil and suffering, sheltered within the protection of the Garden, but we had other plans. The Catechism speaks of how original sin impacts us: “It is a deprivation of original holiness and justice, but human nature has not been totally corrupted: it is wounded in the natural powers proper to it, subject to ignorance, suffering and the dominion of death, and inclined to sin  — an inclination to evil that is called concupiscence” (CCC 405). Original sin explains why we all struggle to reach happiness and to be at peace with others.

Original sin points to a lack of right relationship with God as the heart of what’s wrong with the world. It is a problem we all face, even as we want to blame others. In fact, owning up to our own brokenness and sin has been a problem from the very beginning. When God asks Adam why he ate the fruit, he blamed Eve, the helpmate that God had given him (implicitly blaming God). When God turned to Eve, she blamed the serpent for tricking her. There is truth to the fact that we do not sin in isolation from others. The trouble comes from wanting to blame the world’s problems on others, while acting like we are simply victims of forces outside of our control.

Even if we recognize the source of evil as arising within the heart, we still have to face another question of why evil exists in the world. Like Adam, many times we blame God for allowing suffering to happen in our lives. If we are sick, lose work, or a loved one dies, we immediately ask God how he could have allowed it. God, however, did not intend this evil in his original plan, as suffering entered into the world because of sin. Sin is to blame for physical evil and death, not God. As a result of the Fall, God does allow physical evil to occur in the world, even as he uses it to bring about a greater good. Through physical difficulties, God shows us that the world is not our true home (and is not meant to be an earthly paradise any longer) and that we are made for something more. We cannot get too comfortable here on earth. Suffering reminds us of this and our need to trust in God. Even worse than physical evil, however, is moral evil which stems solely from our own free will. When we suffer, it can actually wake us up to the moral evil that lies hidden in our lives, calling us to conversion.

Suffering and brokenness bring us to our own limitation and need for God. There is freedom in accepting this brokenness, so that we can face it and embrace healing in Christ. Thanks to my teenage son, Louis, I overheard Matthew West’s recent Christian hit, “Truth Be Told,” that points to the typical reaction to our own brokenness, “I’m fine.” With words spoken to God, West’s song accurately captures how we try to ignore what is really going on inside of us:

I say “I’m fine, yeah I’m fine, oh I’m fine, hey I’m fine,” but I’m not. I’m broken. And when it’s out of control I say “it’s under control” but it’s not, and you know it. I don’t know why it’s so hard to admit it, when being honest is the only way to fix it. There’s no failure, no fall, there’s no sin you don’t already know. So, let the truth be told.

Modern individualism tells us that we are fine simply relying on ourselves — that we can handle it and that we are weak if we turn to others for help. The Christian faith stands firmly against this, because we cannot ignore the brokenness within us, leaving it unaddressed and lurking to come out with a vengeance. We have to be truthful about who we are. We are broken, sinful people, who can experience healing and grace if we face the truth and allow it to be told.

How do we tell this truth? During Lent, the Church calls us to conversion, through prayer and penance, and asks us to confess our sins. We “let the truth be told” when we come before God, acknowledge our sins, and ask for his forgiveness. Accepting our weakness calls us to turn to God for help, allowing him to remove the darkness within us and fill us with his own life and light. God does not just take away all of the world’s problems. Rather, he enters into them, first by taking them on himself by becoming man in Jesus, and then by entering into the broken center within us. God is not absent from the suffering world, even if he does not show himself visibly for all to see and dramatically solve things in a political way. God fixes the world one heart at a time in a way that is more powerful than the noise that surrounds us, preparing us to face it and do our part within it.

If what’s wrong with the world is me, then the solution also starts with me. My inner brokenness can be healed by God (even if never perfectly in this life) so that I can become part of the solution. I can bring others to Christ for healing, inviting them to the Church and specifically to confession. Although people are often scared to confess their sins, it is actually a great relief and source of healing. It is a gift to be able to share this relief and healing with others. And, when enough people receive this gift, it will have an impact on the world more broadly. This Lent, we can embrace God’s solution, the healing that begins at the source of the problem: me.