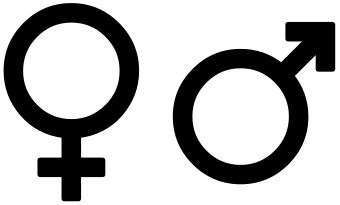 There are disadvantages to writing a monthly column in a 24 hour news cycle world. By the time my time rolls around, my chosen topics are often “old news.”

But maybe my job as “clean up” person on any given issue is to revisit it after everyone has taken a breath and we all have gained a little more perspective and can take a wider view of the larger issues.

In that spirit, this month I’d like to look at the Lia Thomas affair. Lia Thomas is a collegiate swimmer who, as Will Thomas, had a mediocre three-year swimming career on the University of Pennsylvania men’s team. Now, as Lia, Thomas is swimming on the women’s team and smashing records. Thomas, who went through male puberty will all of its attendant growth in muscular, skeletal, heart and lung structure, has not undergone any type of “gender reassignment” surgery, but only a year of testosterone suppression. The numeric results of that suppression in actual hormone levels are unknown.

Thomas, according to any objective standard, has a massive competitive advantage in women’s sports. Girls who have been training their entire lives find themselves competing against someone whose biology offers an edge they can never overcome.

It’s not just those on the right who are crying “foul.” Many feminists are speaking up about the threat this trend poses to women’s sports. Even Caitlyn Jenner said that the NCAA “caved to the woke mob and failed to protect women” by allowing Thomas to compete in the women’s events. Polling numbers consistently show broad opposition to allowing athletes like Thomas to compete in women’s sports.

And yet, predictably, the calls are coming for several quarters, saying we should balance fairness with “inclusion,” even if it results in an unfair competitive advantage. They say we should not assume that athletes who were born male are necessarily stronger or faster than women. An NBC News opinion piece (3/21/22) asks “How does one advocate for equitable treatment while also adhering to the notion of biological difference? . . . Would gender-based discrimination in sports be eradicated if sports were gender-integrated?”

If biological difference is only a “notion,” then women’s sports are on an express train to extinction.

I don’t want to write about Thomas, for whom I wish nothing but health and the truest, deepest happiness. Nor do I want to explore the subject of “trans rights.” Rather, I’d just like to examine the question “how did we get here?” How did the biological differences between men and women become merely a “notion” so easily dismissed? Are we truly expected, in this Brave New World, to assume that male and female are in all areas interchangeable?

I have written in the past about my complicated relationship with the feminist movement. On one hand, I have no doubt that such a movement was necessary. When women can’t vote or function in the public sphere, the world is missing out on half the world’s gifts. Of course, the world has always benefitted from women’s gifts in the domestic sphere — and forming the next generation of human persons is no small or unimportant feat. But, as John Paul II frequently pointed out, the rest of the world was in need of women’s unique gifts as well. And women were capable of far more in the public sphere than they could access.

I think certain elements of the feminist movement made a wrong turn in embracing this idea that women somehow weren’t fulfilling their potential unless they were operating in the public sphere. Jobs, careers, and upwardly mobile advancement became the only way women could “prove themselves.” Essentially, men’s gifts were valued above women’s. The message became “it’s better to be a man.” We had to prove that we could be firefighters, police officers, soldiers, and WWF wrestlers in order to establish our “equality.” We had to deny that there is any meaningful difference between men and women. And now we have reached the point where a female Supreme Court nominee can stand before Congress and say that she can’t define the term “woman” because she is not a biologist.

To believe that there is no biological difference between men and women is a fiction. Women, as a whole, have smaller frames and less muscle mass. We also have slightly different brain structures, notably a larger corpus callosum. The difference doesn’t make us less intelligent. In fact, it contributes to an enhanced “emotional intelligence” that is offset in the male brain by an increased ability to compartmentalize. These differences lead to an intellectual complementarity between male and female. If you’re trying to examine a situation from all angles, you’ll do better with both male and female brains on the job.

A woman can train as hard as a woman can possibly train, and she will still not have the same speed and strength that a biological male has. And, if athletes who have gone through male puberty — trans or not — are allowed to compete in women’s sports, they will win. They will break records, set new records, and then break them again. And women will find themselves uncompetitive in their own events.

I can’t believe that, in the year 2022, it is controversial to assert that women and men are in any way different. But apparently it is.

We cannot fight for women’s rights if we cannot define what a woman is. To truly love, respect, protect, and value women, we need to become a society that not only recognizes what is unique about women, but celebrates and protects it.