His Church. Our Experience.
Subscribe
HomeFeaturesWe are a remnant people
FeaturesMagazineThe Catholic Faith

We are a remnant people 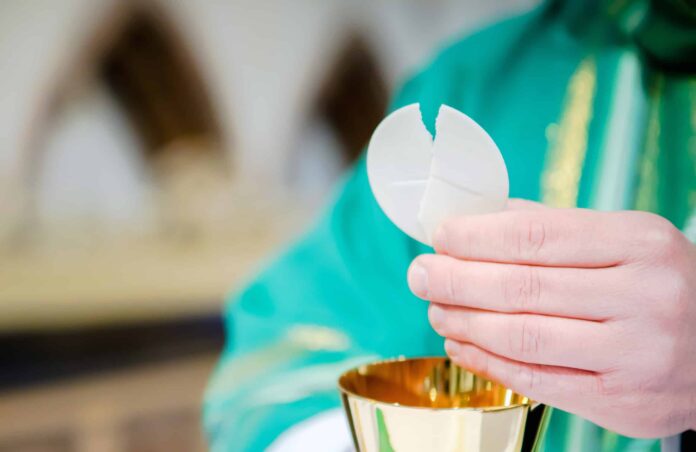 In a letter to the world’s bishops dated August 15, the Solemnity of the Assumption of Mary, and approved for publication by Pope Francis on Sept. 3, Robert Cardinal Sarah, who is the Prefect of the Congregation for Divine Worship and the Discipline of the Sacraments in the Vatican, invited the Catholic world to return to Mass. The sentence you have just read would have seemed ridiculous just nine months ago. The Sunday Mass “obligation” is a unique facet of Catholic culture of which even many outside the Church are aware. It rankles those who deny the Church’s claims and is demonstrative of her divine authority for those who love her. And while there has been a precipitous decline since the mid-20th century in the percentage of Catholics who report that they have been to Mass in the last week (from about 75% to 39%), those who love her, really love her, normally go every week, without fail.

Of course, the Pew Center and Gallup don’t measure the love of those they poll. It’s just “those identifying as Catholic” or “cultural Catholics” or even “ex-Catholics,” or “Catholics from 21-29” or “from 60-65” who are asked about their Catholic practice. The pollsters don’t ask, “Do you believe in one God, the Father Almighty…?” or “Do you believe in one, holy, catholic and apostolic Church?” These are not poll questions, but oaths unto death for those of us who regularly read the Denver Catholic, for those of us for whom the Church is “the pillar and bulwark of the truth” (1 Tm 3:15), “the body of Christ” (1 Cor 12:27), even “Mount Zion…city of the living God, the heavenly Jerusalem…the assembly of the first-born who are enrolled in heaven” (Heb 12:22-23).

The Church is not a party, an ideological faction, an identity group whose numbers can be totaled to calculate her political clout.  She is the mystical Bride of Christ who lives from day to day on the invisible Flesh and Blood of her Groom, made visible in the forms of bread and wine through the Holy Sacrifice of the Mass. The pollsters won’t ask, “Do you stand at the foot of the Savior’s Cross between His Blessed Mother and His Beloved Disciple?” (Jn 19:26-27) “Do you feed on the Hidden Manna?” (Rev 2:17) “Have you been given to eat of the tree of life, which is in the paradise of God?” (Rev 2:7).

Those who speak this strange language of Eucharistic love have always been and always will be a remnant, will always be the “little flock” of the Good Shepherd. As Noah and his family were the remnant, as Israel was herself a remnant, as the hardy survivors of the 40 years in the desert were a remnant, so are the Catholic faithful always a remnant. The pollster will want to ask, “Exactly what percentage of the population is included in this remnant?” The answer to that question will never be published; it is known, of course, as the number of the hairs on your head is known, but only in the pierced Heart of Jesus, our High Priest and universal King.

Like those remnants of the past we have suffered a deluge of sin, we have seen that we must leave the house of our fathers and go to a strange land, and we have been tested by a Eucharistic famine and the death-dealing serpents of this world. In an August 24 article in First Things which anticipated Cardinal Sarah’s call for a return to Mass in many ways, Archbishop Aquila described the cause of the aridity of the desert landscape in which we find ourselves: “By removing God from the center, our culture has come to the point of societal dissolution.”

Truer words have never been spoken; in some measure they have always been true – of the world. St. James in his epistle tells the Church of his day (and ours!), “whoever wishes to be a friend of the world makes himself an enemy of God” (Jas 4:4). St. Augustine described the world – what he called the earthly city – as made up of those who love themselves unto hatred of God. Archbishop Aquila surveys the same city and observes a “myopic focus on the temporal over the eternal, the horizontal over the vertical.” The harsh light of the desert always sharpens the vision of the remnant. That is what the desert is for; it helps us see clearly what all our Christian forbearers saw, that the whole world is a desert, a time of testing. Many of us – and I fully include myself in this – had begun to think of this 21st century version of the world as our home.

To see the world so, is to be lost, to be part of the “societal dissolution” of the age. To recognize the world for what it is, is to be a normal Christian, a member of the universal remnant. Our true home is not the world, but the City of God, that place where God is loved more than self, where the horizontal is always read by gazing up, or as the Latin phrase has it, sub specie aeternitatis.

What Cardinal Sarah calls for is a return to Christian normalcy: “This Congregation is deeply grateful to the Bishops for their commitment and effort in trying to respond in the best possible way to an unforeseen and complex situation…As soon as circumstances permit, however, it is necessary and urgent to return to the normality of Christian life, which has the church building as its home and the celebration of the liturgy, especially the Eucharist, as ‘the summit toward which the activity of the Church is directed, at the same time it is the font from which all her power flows’ (Sacrosanctum Concilium, 10).”

Archbishop Aquila, too, calls us to return home, to take the proper lesson from this desert sojourn: “Our happiness, temporal and eternal, depends on turning somewhere else for a vaccine to inoculate ourselves from the spiritual virus that wreaks much more damage than anything COVID-19 can inflict.” And, like Cardinal Sarah, he invites us to the “summit,” and to the only real antidote to the sting of the seraph serpents that infest the desert floor:

“Our physical health is indeed a great dignity that we should protect, but our spiritual health is what determines our eternal destination. To let the physical eclipse the spiritual is to surrender to the devil and his empty promises…This time of worldwide pandemic provides new ways for each of us to offer our daily sacrifices for the sanctification of the world. Today there is no shortage of ways we must all sacrifice…We must also make certain the Mass remains the source and summit of our Christian life. The one, true sacrifice of Christ is the sacrifice that all other sacrifices should be grafted into.”

Both Cardinal Sarah and Archbishop Aquila are speaking remnant language, the language of Eucharistic love. If you have, in these last desert months, come to think of the desert as your proper home, then think about returning to the summit, to your true home, “to Mount Zion and to the city of the living God, the heavenly Jerusalem, and to innumerable angels in festal gathering, and to the assembly of the first-born who are enrolled in heaven, and to a God who is judge of all, and to the spirits of just men made perfect, and to Jesus, the mediator of a new covenant, and to the sprinkled blood that speaks more graciously than the blood of Abel” (Heb 12;22-24). Consider returning home, to Christian normalcy, to the Holy Mass.