Way beyond the New Atheist nonsense 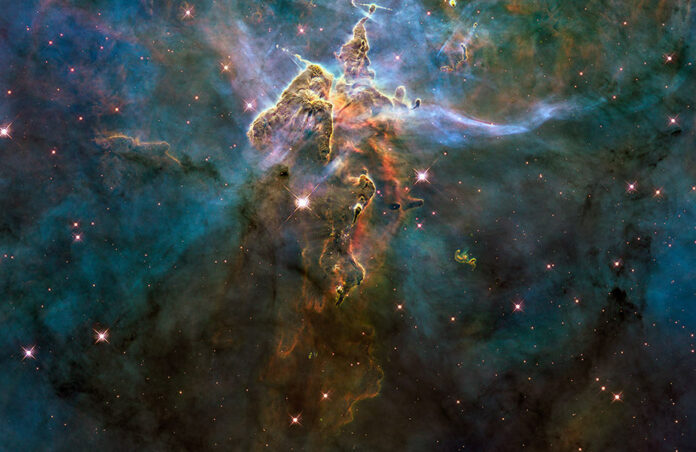 Given the intellectual flimsiness of their work, it’s best to look for cultural causes to explain the “New Atheists”’ popularity. And surely one factor here is the now-canonical notion in Western high culture that biblical religion is incompatible with modern natural science: an idea rooted in the notion that the “scientific method” is the only way to get at the truth. (William Shakespeare, call your office.)

Yet facts are stubborn things. And the fact is that two Catholic priests, Gregor Mendel, OSA, and Georges Lemaitre, were pivotal figures in creating two of the most important scientific enterprises of the 21st century: modern genetics, which is giving humanity previously unimaginable powers over the human future, and modern cosmology, which is giving us glimpses of the universe in the first moments of its existence.

Mendel is perhaps the more familiar figure; most high school biology classes explain how the Moravian monk developed gene theory and the theory of inherited characteristics (with its distinction between recessive and dominant traits) from his studies of the humble pea. Lemaitre, a Belgian, was a brilliant mathematician who first articulated the Big Bang theory of the universe’s origins and subsequent expansion. That proposal, ridiculed by some at first, now reigns supreme in astrophysics and seems to have been verified by the astonishing work of the Hubble Space Telescope. Watch for Father Lemaitre’s bold idea to gain even further traction by the findings of the James Webb Space Telescope when it begins orbiting the sun, a million miles from Earth, in a few years.

So unless one wishes to assert that Mendel and Lemaitre were split personalities who said Mass in the morning and did science in the afternoon, thereby dividing their lives into hermetically-sealed containers, the cutting edges of modern science itself would seem to rebut the claim that “believer” and “scientist” are mutually incompatible human types.

St. John Paul II was fascinated by the hard sciences (physics, chemistry, astronomy) throughout his life; for decades, he hosted at Castel Gandolfo a bi-annual seminar of leading figures in those fields, so that he could keep abreast of developments in their disciplines. But for John Paul II, everything eventually pointed to the New Evangelization. So even before he began using that term, he sent a letter to the head of the Vatican Observatory, noting that “those members of the Church who are either themselves active scientists, or in some special cases both scientists and theologians, could serve as a key resource” in bridging the chasm that too often separated modern science and biblical religion. Those scientists and scientist-theologians, the Pope continued, “can also provide a much needed ministry to others struggling to integrate science and religion in their own intellectual and spiritual lives.“

John Paul II’s challenge has now been taken up by the Society of Catholic Scientists [weigel.link/catholicscientists]. From a standing start last year, the Society now has almost 400 members, 80% of whom hold the doctorate in the natural sciences, the rest being primarily graduate students. That’s an impressive head-count for such a new outfit; it also suggests that membership in such a Catholic organization is not an impediment to being taken seriously in the highly competitive academic world of natural science. SCS’s inaugural conference in April was addressed by scholars from Harvard, Oxford, MIT, Penn, Brown, and the University of Texas at Austin.

The moving force in organizing the Society has been Dr. Stephen Barr, professor of theoretical particle physics at the University of Delaware. Barr’s engaging and accessible articles have long been familiar to readers of First Things, and those looking for something different by way of vacation reading this summer might pick up the recently-published collection of his essays, The Believing Scientist [weigel.link/barr] (Eerdmans). There, Steve Barr discusses everything from evolution to the mind/soul debate to Big Bang cosmology to science-as-ersatz-religion, while gently skewering a few luminaries who begin to talk nonsense when they venture beyond their remit as scientists.

The Bible teaches that God impressed his intelligibility onto the world through creation by the Word. When that conviction weakens, faith in reason begins to crumble and the result is the intellectual playpen known as post-modernism. In renewing the covenant between faith and reason, the Society of Catholic Scientists serves the good of both – and of our culture.