About 200 students at Sacred Heart School in Jersey City, N.J., tried to sit still as they anxiously awaited the arrival of members of the Super Bowl-bound Denver Broncos Jan. 28. When a contingent of players and coaches entered the cafeteria, the room erupted with cheers and applause.

Team members, in coordination with the Knights of Columbus, visited the inner-city school in the heart of New Jersey that day—following participation at Super Bowl XLVIII Media Day—to distribute coats through the Knights’ Coats for Kids program.

“There’s a lot of kids that don’t have the necessities to survive,” defensive tackle Terrance Knighton said in an interview with FOXCT at the event. “We just want to do whatever we can to help them.”

The 100-year-old school, that adheres to the educational tradition of the Sisters of Charity of St. Elizabeth, is the only faith-based elementary school in the eastern section of Jersey City, and considers itself a true “lifeline” for the neediest of families.

“I remember at that age I dreamed about playing the Super Bowl,” said Knighton, 27. “There are kids in this room that are thinking about it, that play football, and I just want to give back to them and let them know that they can make it.” 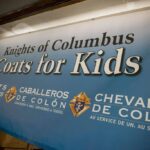 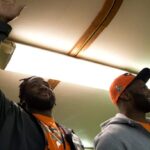 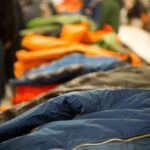 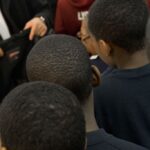 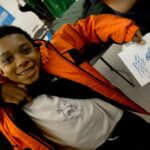 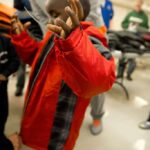 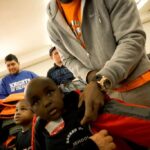 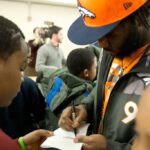 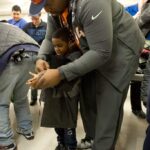 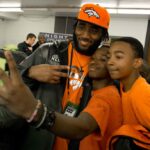 Broncos’ defensive end Robert Ayers poses for a selfie with students at Sacred Heart School in Jersey City, N.J., his alma mater, during a visit Jan. 28. 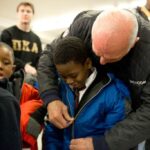 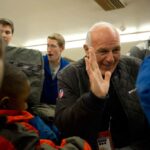 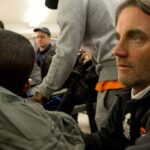 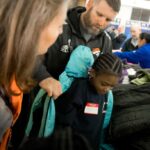 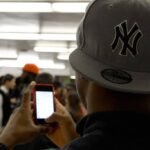 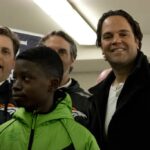 They were joined by members of the Knights, including Supreme Knight Carl Anderson, as well as retired New York Mets All-Star catcher Mike Piazza; Ray McKenna, president of Catholic Athletes for Christ; and missionaries and student-athletes from Seton Hall University in South Orange, N.J., involved with Varsity Catholic, a ministry of Fellowship of Catholic University Students.

The celebrity guests mingled, signed autographs and helped students pick out and try on new coats, and in the end, provided much more than outer wear.

“Today I saw something I didn’t (expect), I saw hope in the eyes of the kids,” said New York City-based photographer Jeffrey Bruno, who covered the event for the Denver Catholic Register. “They looked at these legends and saw possibilities, they saw hard work and what it yields—they saw a way out.”

While Sacred Heart reports that 100 percent of their students continue to high school and many attend college; in Jersey City, less than 60 percent of students graduate from the three public high schools.

“They will never be the same as they go home to whatever their circumstances might be,” Bruno continued. “But they will be forever changed and that, more than coats, is exactly what they needed.”

Linda Del Rio, Denver Catholic and wife of Jack Del Rio, was one of the event organizers.

“That’s the goal: the kids, faith and the power of sport within it,” she said. “John Paul II really understood this.”

Del Rio also organized an event last October when Knights and Broncos joined forces to distribute 1,000 coats to kids in northern Colorado, including students at Annunciation School and victims of the Front Range Floods. Since Coats for Kids (www.KofC.org/coats) started in 2009, more than 170,000 new coats have been provided to children.

“The Knights of Columbus is committed to helping our neighbors in need,” Anderson said. “We are grateful to Jack and Linda Del Rio, and to the other Broncos players and coaches who had taken time out of their busy schedule to assist us in helping local children.” 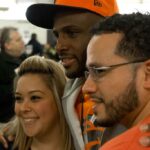 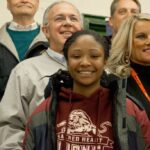 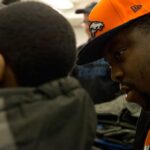 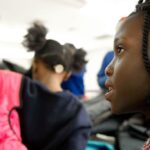 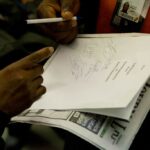 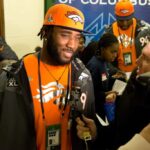 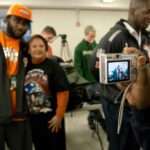 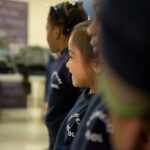 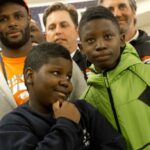 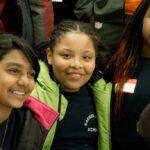 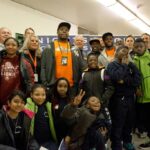 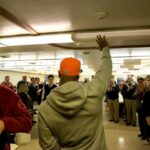