His Church. Our Experience.
Subscribe
HomeOn MissionFocusWant to support moral truth? Just show up to this rally
On MissionFocusLocal

Want to support moral truth? Just show up to this rally 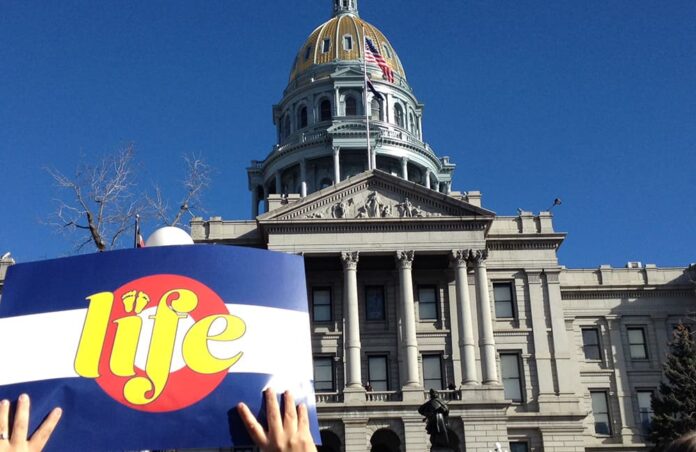 It’s free, family friendly and quick. Yet it may be the most effective public advocacy the faithful can do—besides voting—to support traditional marriage, parental rights, religious liberty and the humanity of the unborn.

All one has to do is show up for the 10 a.m. Sept. 23 Pillar Project event on the west steps of the state Capitol in which lawmakers who unfailingly defend those four pillars of moral truth will be honored by religious leaders from a variety of faith traditions.

The power of the hour-long event, organizers said, comes from the solidarity of the attendees, who don’t share a unity of faith, but do share support for the defense of the pillars.

“We work with 80-plus religious leaders,” said Aaron Robertson, founder and president of the nonprofit, nonpartisan Pillar Project. “In that group…is a huge swath of ethnicities.”

Among those religious leaders are nearly two-dozen Catholic priests of the Denver and Colorado Springs dioceses, as well as evangelical and orthodox Christians, Muslims and Jews. Combined, Robertson said, those leaders represent some 141,000 Colorado citizens from 41 cities and towns.

“People who are dedicated to the decimation of these pillars are fully engaged—they are marching, visible and loud,” Robertson said. “Those of us who believe in the pillars also need to speak up.”

The event is sponsored by the Patriot League, a public advocacy organization that seeks the common good of society through the advancement of America’s founding principles.

“The Pillar Project is very cohesive with the Catholic way of looking at human life and the [other three pillar] issues,” said Father John Paul Leyba, an advisory board member of the organization and pastor of St. Frances Cabrini Parish in Littleton. “What I like about it is it acknowledges those lawmakers who are courageous enough to support and defend these issues.

“And it lets us know that we’re not the only ones in the battle,” he added. “It brings unity to the different faith groups.”

“That encourages others,” he asserted.

The Pillar Project has a working relationship with about a third of Colorado’s legislators, Robertson said. A highlight of the event is presenting Friends of Motherhood awards to four lawmakers. Nominations come from the legislators’ peers.

“We believe the four pillar principles are interwoven in the role of motherhood,” Robertson explained, adding that the awards also aim to give voice to the essential role mothers play in society.

More than 10 percent of the Colorado Legislature is expected to attend the event, Robertson said.

“This may be the best opportunity we have all year long to show our support for legislators’ efforts to defend these shared principles,” he said. “We encourage people to come and, after its over, to make it a point to walk up to these legislators and thank them.

“That will have a lasting impact as they go into the next legislative session.”