Fact: There are 2.6 billion video game players in the world today. In such a massive industry, how many Catholic video games exist?

As it turns out, at least one. Released earlier this year at the height of the pandemic, Wanderlight: A Pilgrim’s Adventure is an adventure game published by Loyola Press that’s available to play on both computers and tablets. In the game, players take control of the Pilgrim, a young adventurer who embarks on a quest to discover the core teachings of the Catholic faith and live as a faithful disciple of Jesus Christ.

If it sounds antithetical to the idea of most video games today, that’s because it’s meant to be. When Loyola Press President and Publisher Joellyn Cicciarelli set out with her team to develop Wanderlight, the goal was to create a video game that’s the virtual opposite of what kids are playing today.

“The goal of the game is to love and honor life rather than hate or kill,” Cicciarelli told the Denver Catholic. “The avatar is peaceful, not a warrior. Help comes from the Holy Spirit, a little dove that’s your guide in the game, and not from a weapon.

“We actually think it might be the very first what we call ‘unapologetically Catholic video game.’” 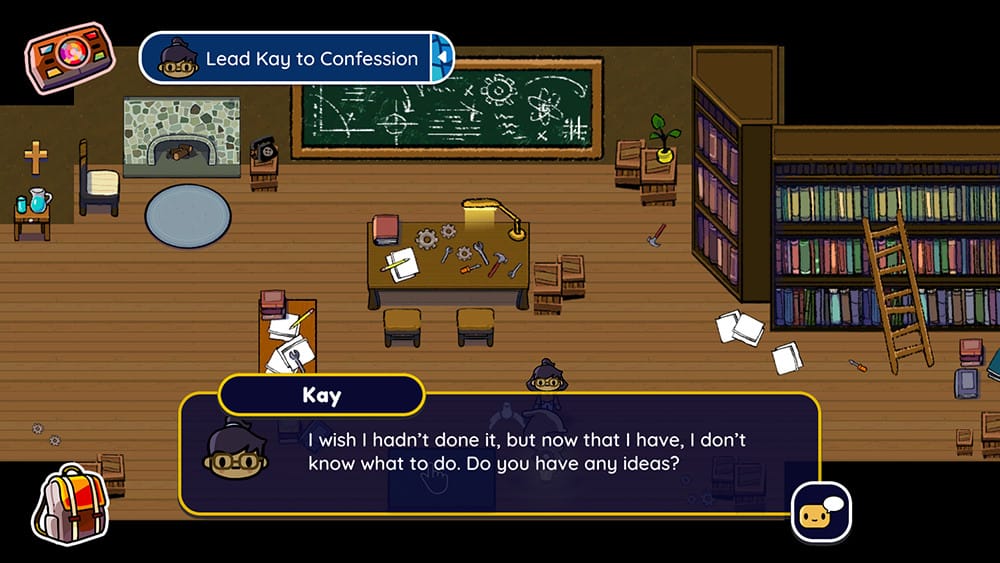 The seeds for Wanderlight were planted over a decade ago, Cicciarelli said. Loyola Press has long been a staple in Catholic books and curriculum, but over time, they received requests from principals, teachers and catechists for a more immersive experience for kids, but one that was still reverent and respectful of the faith. It was the motivation they needed to make Wanderlight a reality, which was in development for at least two years.

Video games aren’t the first medium many think of when it comes to education, but as games have evolved and the internet has become the norm and almost a necessity in our society, Loyola Press saw an opportunity.

“There’s a lot of evidence that learning can take place for certain types of learners very effectively through through online learning, self guided learning, interactive media,” Cicciarelli said. “Whether we like it or not, kids are online today, and especially with the pandemic. Parents are looking for wholesome ways to teach and occupy their kids. So that’s one reason [for] video game media, it’s where kids are. St. Ignatius said, ‘go in their door and take them out yours.’ So that’s what we’re hoping to do.”

As it happens, the main inspiration and patron of the game is St. Ignatius of Loyola. He is also who the game’s main character the Pilgrim is modeled after.

“He called himself the Pilgrim in his autobiography. He went out into the Piazza and catechized people and really worked to make the world a better place and bring people closer to God, “ Cicciarelli said. “So we thought, ‘what better than a pilgrim for the character in the game?’”

“There are seven levels in the game,” Cicciarelli said. “And the idea is that by grade level, you would assign one level to each grade level of kids that you’re working with. In the individual or family version, you get all seven levels and you can unlock some as you go.”

The game is intended for ages four and up, and the player doesn’t have to be a reader because voiceovers of the game’s dialogue are provided. However, Cicciarelli said the game’s appeal can extend beyond just the youngsters.

“It’s sort of like Super Mario Brothers or Legends of Zelda,” she explained. “You can be five or 65.” 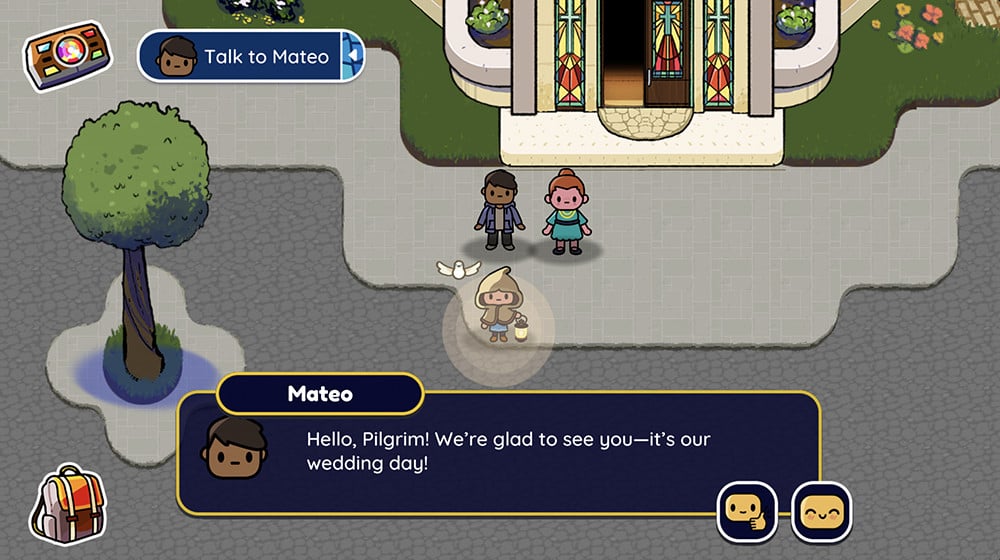 Wanderlight features a database of common Catholic prayers which players can access at any time. This feature of the game is a nice Catholic touch for players of the game, but it’s also being used in unexpected ways. Cicciarelli recently connected with a woman who works for the Little Sisters of the Poor in a memory care unit and expressed the desire to use Wanderlight with her patients.

“She wants to use it for the elderly with Alzheimer’s because they remember prayers and prayer experiences,” Cicciarelli said. “She’s going to use the video game as therapy.”

Different families have different rules when it comes to allowing their children to play video games, and Cicciarelli was clear that Wanderlight is not meant to impose on those rules. However, for families that are seeking a little less Youtube and a little more faith formation for their kids, Cicciaelli hopes they’ll give Wanderlight a shot.

To learn more about Wanderlight and download a free demo, visit wanderlightgame.com.

WATCH: Take a virtual tour through Denver’s Cathedral Basilica of the Immaculate Conception