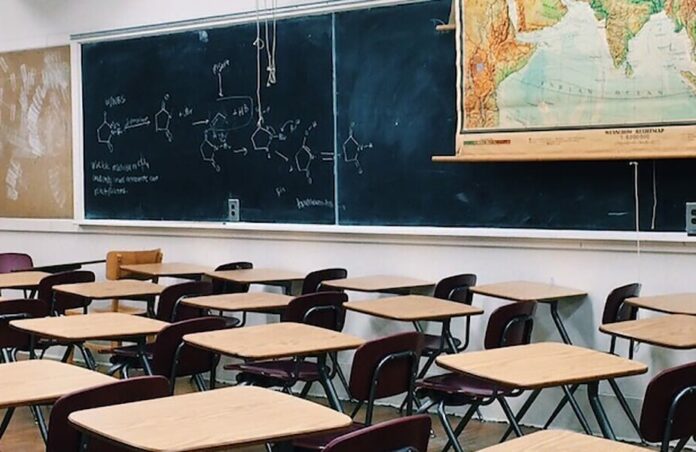 In the 1920s, when the United States had a quasi-Stalinist regime on its southern border, “Viva Cristo Rey!” was the defiant battle cry of the Cristeros who fought the radically secular Mexican government’s persecution of the Church. “Viva Cristo Rey!” were likely the last words spoken by Blessed Miguel Pro, SJ, whose martyrdom in 1927 may have been the first in history in which the martyr was photographed at the moment of death. Today, in the United States, “Cristo Rey” has a different, although not wholly-unrelated, meaning – for it’s the name of an important experiment in Catholic education for poor children.

The Cristo Rey network of Catholic high schools, which began in Chicago in 1996, is something different in U.S. Catholic education today. Many Catholic schools are closing because of decreasing enrollments and financial pressures; the Cristo Rey network is opening new schools. Instead of losing students, Cristo Rey is attracting new students. And the Cristo Rey schools are doing this by serving low-income families in inner-city areas, through a distinctive combination of Catholic educational commitment, partnerships with local businesses, and creative financing.

As a recent report by the Massachusetts-based Pioneer Institute put it, Cristo Rey schools “are returning Catholic education to urban areas. In its unique model, students receive a college-preparatory education and participate in a work-study program in which they learn employable skills and earn money to help pay their tuition.” And while other approaches to funding Catholic high schools in inner-urban areas – parishioner tithing, soliciting alumni, raising tuitions, and so forth – have had what the report delicately calls “uneven” and “disappointing” results, schools in the Cristo Rey Network are experiencing real success: since the first Cristo Rey high school opened in Chicago twenty-one years ago, thirty-one other Cristo Rey schools have opened across the country, and the network hopes to open eight more by 2020. More than 11,000 students are being empowered in Cristo Rey schools today, and some 13,000 have graduated from the schools in the past two decades.

The local business connection is one key to Cristo Rey’s success. As the founder of this remarkable experiment, Father John Foley, SJ, put it, getting high school kids entry-level jobs as part of their education, was, at the beginning, simply a way “to pay the bills.” But then other factors came into play. To cite the Pioneer Institute study again, over time, “the corporate work study program took on a more meaningful, transformative role. It became a self-esteem builder as teenagers saw they were earning money to help pay for their own education. They learned office skills in environments in which many had never envisioned themselves working. And they developed interpersonal skills with people outside their peer networks including supervisors, company presidents, and coworkers.”

All of this was made possible by local businesses that saw the point of giving impoverished local kids whose parents agreed to pay some tuition a chance at higher education; family financial buy-in is as important to the Cristo Rey model as corporate partnerships. Cristo Rey also works because of a more demanding, and lengthy, high school schedule in which the Cristo Rey students work five eight-hour days per month in their jobs while attending classes during a longer school day (and year), fifteen days a month.

It’s real work in the businesses and hard work in class, yet the demands appeal to students. As Father Foley put it, “When you go to any of our schools and say to the kids, ‘What do you like about our school?’ inevitably it’s the job. The kids feel like an adult. They’re treated like an adult. They feel like they’re part of something and they’re taken into account.” And the corporate partners seem to agree: the partnerships have an 88% retention rate.

This is Catholic social doctrine – which teaches the empowerment of the poor and the unleashing of their potential – in action. Catholic schools in inner-city America have always been the Church’s most effective anti-poverty program. Keeping those schools alive under very different circumstances than those portrayed in The Bells of St. Mary’s means meeting serious challenges through creative educational programs and imaginative funding. The Cristo Rey schools, which are some of the best news in U.S. Catholicism in 2018, are shining examples of both.