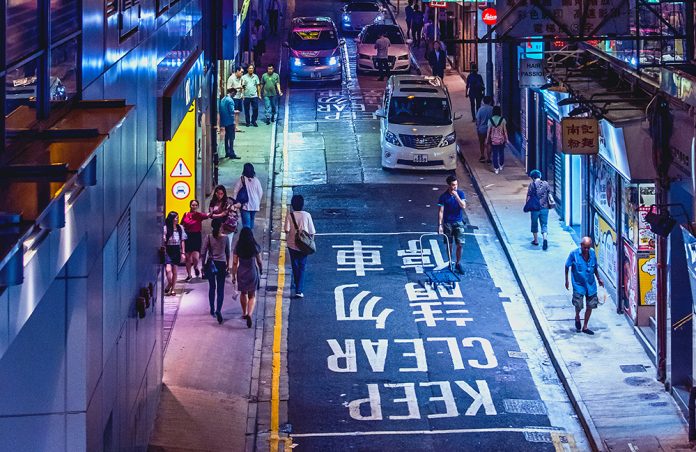 This past June 25, Archbishop Paul Gallagher, the Holy See’s Secretary for Relations with States — usually dubbed the “Vatican’s foreign minister” — told a press conference that he and his colleagues didn’t believe that the Vatican’s speaking out publicly on the massive repression underway in Hong Kong “would make any difference whatever.”

I beg to disagree. Vocal Vatican advocacy for such basic human rights as religious freedom, freedom of speech, freedom of association, and freedom of the press in Hong Kong could indeed make a difference. Let me count the ways.

It would make a great spiritual and morale-boosting difference to courageous Hong Kong Catholics like my friend Jimmy Lai, currently in jail, and the noble pro-democracy barrister, Martin Lee. These men rightly wonder why the sounds of silence prevail in Rome while they are being persecuted, prosecuted, and imprisoned for living the truths taught by the Lord they follow and the Church they love.

It would make a considerable difference to hard-pressed Catholics in both Hong Kong and mainland China. Many of these brave men and women feel abandoned by the Church’s central authorities, and they wonder why. They understand that what the Chinese communist government wants is not “dialogue” with the Vatican but the complete subordination of Catholicism to the Chinese party-state and its program of “Sinicizing” all religion. They do not accept the notion that truckling to totalitarians like Xi Jinping will eventually improve their situation, because know that their struggle, like the Church’s struggle in central and eastern Europe after World War II, is a zero-sum game: someone is going to win, and someone is going to lose.

It would make a difference to the future of evangelization in China. The Chinese communist regime is not immortal. When it goes, as it inevitably will, China will become the greatest field of Christian mission since the Europeans came to the western hemisphere in the 16th century. Comparative advantage will lie with those Christian communities that resisted the loathsome regime that collapsed, not with those that tried to find an accommodation with the unaccommodating. Shortly after Archbishop Gallagher’s remark, National Review editorialized in these terms: “In the future, when China is a free country, it will look back with nothing but disgust on the innumerable American corporations, institutions, and celebrities that helped enable authoritarian rule under some cockamamie misconception that the Chinese people are perfectly content to live indefinitely without the basic freedoms we have taken for granted for more than 200 years.” No Vatican diplomat should want similar contempt to fall upon the Catholic Church.

It would make a difference in restoring the moral authority of the Holy See in world politics. The Vatican has no real power, as the world understands power. Its capacity to shape events, either behind the scenes or at the table of international negotiation, is entirely dependent on the moral leverage it can apply, especially in difficult and seemingly intractable situations. Thanks to the bold public witness of Pope St. John Paul II, such moral leverage was instrumental in shaping the revolution of conscience that preceded and made possible the Revolution of 1989 in east central Europe. Vatican moral authority was also crucial in resisting Clinton Administration efforts to have abortion on demand declared a basic human right at the 1994 Cairo World Conference on Population and Development. In both instances, speaking boldly, publicly, and forcefully make a real difference, turning moral teaching into moral and political leverage. If that lesson has been forgotten in the 21st-century Vatican, it needs to be relearned.

It would make a difference in promoting the Church’s social doctrine, which is too often a matter for the classroom rather than the public square. The resistance Church in Hong Kong and China is not taking its cues from John Locke and Thomas Paine; it is living the basic tenets of Catholic social doctrine and its understanding of the right relationship between Church and state. That social doctrine has applications far beyond China, of course. But if it is seemingly ignored by the highest Church authorities in the hardest cases, then it remains of interest to academics only.

It would make a difference in bringing Luke 22:32 to life in the contemporary Church. The Lord instructed Peter to “strengthen” his brethren. Peter’s brethren in Hong Kong do not feel strengthened by Peter and his closest collaborators in the Vatican today. They feel something quite the opposite. And that is perhaps the gravest reason why the Holy See should reconsider the sounds of silence with respect to Hong Kong and indeed all of China.