Unplanned and the destruction of innocence 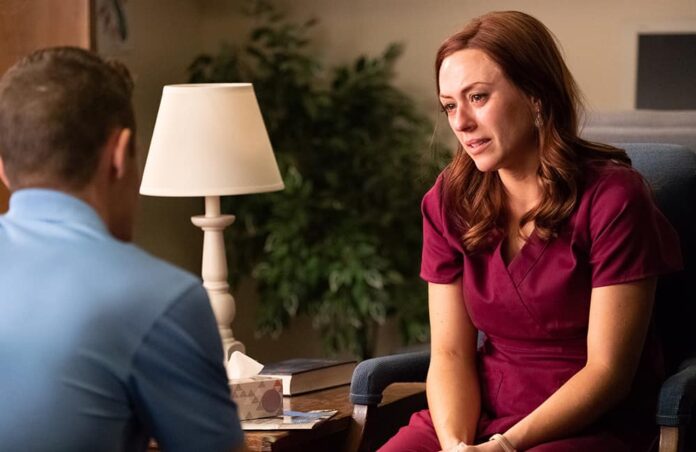 I saw the movie Unplanned this weekend. It hit me hard.

Not that I suddenly realized abortion is wrong. I have known that since I was a kid. I counseled women at a pregnancy center when I was in college. I attended rallies. In my 20s, I even earned the nickname “St. Mary Beth of Berkeley, Virgin and Martyr” after several years of debating the subject on a certain college campus.

No, three other things hit me hard. One was how easily, over time, I have become acclimated to the existence of abortion. Of course, it still horrifies me. My heart still breaks for these children, and for their mothers. When I was young and idealistic, I wanted to give my life to helping create a world where abortion was unthinkable. But now, what am I really doing? I go about my days and weeks and months and years, living my life and becoming increasingly used to the status quo. Every once in a while, I write an article about it, or mention it in a talk. I vote for candidates who claim to respect human life. But that’s about it.

Where did that fire go?

I think the beauty of Unplanned is that there are probably many others like me who need to be reminded that this is still happening, all day every day, and that we are needed to bring Christ’s love to a badly broken situation.

The second thing that struck me: As I watched the movie, the word “innocence” kept coming to me. Destroyed innocence. Of course, who could be more innocent than a defenseless, unborn baby? The movie wasn’t gory as in “pictures of dismembered babies.” (Except one brief flash of a crowd scene where one man is carrying such a sign.) There is blood. But the most difficult thing for me was seeing the ultrasound image of an abortion in progress — of an easily identifiable baby being ripped from the security of its mother’s womb.  That broke my heart.

But innocence was destroyed in other ways throughout the movie. There was Abby’s innocence as a college freshman involved with an older man, becoming pregnant and having her first abortion. And then she joins Planned Parenthood out of a youthful commitment to improving women’s lives, and gradually realizes that what is happening inside those walls is anything but “good” for the women they serve.

But what really got to me were the women coming to Planned Parenthood for abortions. I use the term “women” loosely. Many were no more than girls. Their sweet, innocent faces reminded me of my nieces. They should have been at home talking to their friends and experimenting with hair styles, not here. I wanted to protect them. I knew they were actors. But I also knew that thousands of their classmates are in that very situation every year. And their innocence is destroyed. Their lives will never be the same.

That just about ripped my heart out.

I know it’s not politically correct these days to talk about Satan. But I believe he exists, I believe he is active in our world, and I believe most of all that he hates innocence. The innocent baby, the innocent child, the innocent young woman who wants to make a difference. It occurred to me that Christ, in his crucifixion, was the ultimate example of innocence attacked. And that, in his Agony in the Garden, part of what he was seeing was all of these devastating attacks on the innocence of His beloved children, through the centuries. I tried, in my truly poor way, to join him there in that raw sadness for lost innocence.

And the final thing that struck me, in a sort of “He rises on Easter Sunday” moment, was that it was love that overcame. Love helped Abby see the truth in front of her. Her parents hated what she was doing, but they loved her. Her husband hated what she was doing, but he loved her and married her. (I kept thinking “That’s so unrealistic. A man that staunchly pro-life wouldn’t marry the director of a Planned Parenthood clinic.” And then I remembered it’s actually true.) And, most important, Shawn Carney and his wife Marilisa loved her.  They stood outside the gates of Planned Parenthood and talked to Abby. They didn’t judge her. They didn’t join in with the guy who yelled at her and called her names. They spoke the truth, they respected her free will, they took a sincere interest in her life, and they loved her. Not a fake “we are pretending to love you, to get you to change” love. A real, heartfelt love.

And so, when she finally saw the truth that was in front of her, she knew where to turn — to the people who loved her.

I believe that, at the final judgment, we will be asked what we did to protect innocent human life. And so, we need to do something. But not just anything. We don’t want to be the guy at the fence, screaming and name calling. We need to love. Always. First and foremost. This needs to be God’s work, not ours. We need to soak it in prayer.

And then, we need to carry his love to a hurting world.