His Church. Our Experience.
Subscribe
HomeFeaturesREVIEW: Unplanned and the abortion business
FeaturesPro-Life

REVIEW: Unplanned and the abortion business 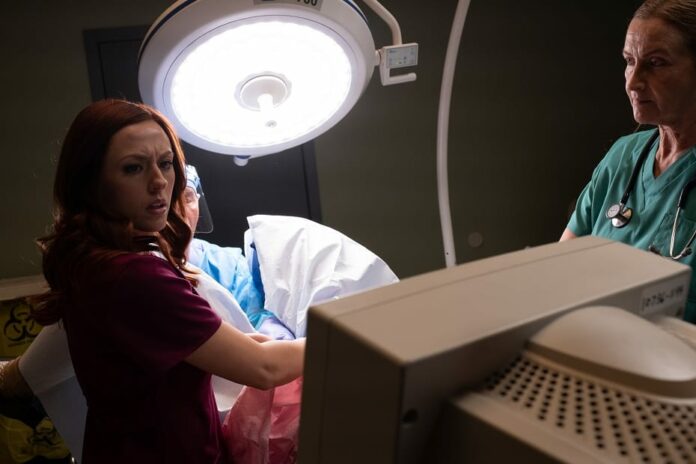 Abby Johnson was astounded when in a meeting her supervisor Cheryl told her that her plan consisted in doubling the number of abortions in every clinic. After receiving the award for the best Planned Parenthood employee, Abby had the courage to publicly disagree with her boss’ intentions. She asked her boss if the goal of Planned Parenthood was really to provide contraceptive methods for women in order to avoid the rise in the number of abortions. Abby made it clear that this had been her motivation for joining the organization. Cheryl later rebuked her in private telling her that abortion is what brings Planned Parenthood the greatest profit – just as a burger business benefits more from French fries and fountain drinks than from burgers themselves. “Abortion is for us like soda and French fries,” Cheryl says to her.

Unplanned tells the story of Abby Johnson, who decided to volunteer at Planned Parenthood when she was a college student. It reveals how this young woman, full of dreams to help others, becomes trapped by the arguments she hears – full of apparent goodness. The engaging narrative, with its use of flashbacks and great acting by the main actress Ashely Bratcher, highlights important elements, such as Abby’s strong emotional experience throughout this journey and the internal battle with her own conscience, which seems to call out the gravity of her actions. Perhaps, this is also due to the fact that she knew her parents firmly believed in defending the life of the unborn. Moreover, the production stresses the perseverance of the activists of 40 Days for Life, who continually prayed for the souls of aborted babies and tried to convince the women arriving at Planned Parenthood to choose life.

After being a volunteer, Abby was hired by the organization and later named the director of an abortion clinic in Bryan, TX, becoming the youngest person to hold such position at Planned Parenthood. As director, she would welcome women who arrived at the clinic for abortions and would advise them, telling them not to worry since the fetus in their womb was not yet a human being; it was still too little and wouldn’t feel anything. She would encourage them not to be afraid because nothing bad would happen to them. This, however, was not always the case. Johnson formed part of the organization for eight years and collaborated in nearly 22,000 abortions. However, everything ended when she walked into an abortion room to assist a woman for the first time. When she saw the ultrasound – which expecting mothers are not allowed to see – she saw a baby of 13 weeks fighting for his life.

Unplanned often shows with severity the drama of abortion, the loneliness of many women who arrive at the clinic deceived and afraid to terminate their pregnancy, without fully knowing about the humanity of the being in their womb. It reveals the way in which the abortion industry wants to conceal or reduce the tremendous negative consequences that such an action has on women’s physical, psychological and spiritual wellbeing. It is a story well told, in which Abby, after encountering different circumstances and being surrounded by people who loved her and respected her liberty – yet not without telling her the truth – reconsiders her actions and eventually turns from a professional woman in the abortion business, to a convinced advocate of the unborn.