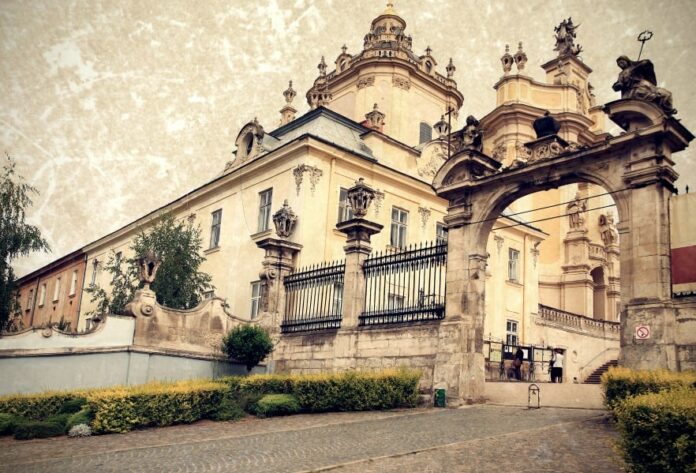 Ever since then Maidan revolution of dignity erupted in Kyiv in November 2013, Russian propaganda has been pumped into the world in a steady stream of bilge reminiscent of what spewed out of Germany in the 1930s. That propaganda has come through governmental and putatively independent channels, through senior Kremlin officials, TV outlets like “Russia Today,” and Russian internet trolls. Most unfortunately, it has come from senior officials of the Russian Orthodox Church, who have too often misrepresented what the Kremlin is up to in Ukraine while slandering Ukraine’s Greek Catholic leaders with false accusations of  Russophobia.

This mendacity is bad enough in itself.  Its distortion of international public life is intensified, however, when ignorant, naïve, or duplicitous western reporters and commentators take these lies at face value and repeat them in their own work. One outrageous example of this unhappy phenomenon appeared in a recent issue of the Tablet, the London-based Catholic weekly that reaches a global audience. There, in an otherwise insightful article, writer Jonathan Luxmoore recycled Russian Orthodox Metropolitan Hilarion’s demonstrably false charge that Greek Catholic leaders in Ukraine has “used openly Russophobic rhetoric,” thus making it harder to heal historical wounds. Then Mr. Luxmoore proceeded to make matters worse:

“The Moscow Patriarchate has a point. The Greek Catholic Church’s youthful, inexperienced leaders undoubtedly helped stoke the 2013-14 uprising against Ukraine’s pro-Russian president Viktor Yanukovych, with one bishop in particular, the US-born Borys Gudziak, coming close to inciting conflict. None of this can justify Russia’s land-grab in Crimea and backing for the breakaway republics of Donetsk and Luhansk. But it may help to explain why Pope Francis has held back in his statements on the conflict, much to the frustration of Archbishop Sviatoslav Shevchuk of Kiev-Halych, the Greek Catholic Church’s 45-yar old leader.”

Rarely has so much disinformation been packed into four sentences.

It is libelous to suggest that Bishop Gudziak “incited conflict,” when the truth of the matter is that he, and other Greek Catholic Church leaders, risked their lives to sustain nonviolent resistance and maintain calm on the Maidan, amidst an assault by murderous internal security forces who killed over one hundred innocent, nonviolent democratic activists.

Ukraine’s Greek Catholic leaders did not “stoke…an uprising” in Ukraine; they supported their people in the people’s insistence that the promise of Ukraine’s democratic future within Europe be redeemed, when it was being betrayed by a corrupt, kleptocratic government under pressure from Vladimir Putin.

As for the alleged “youthful inexperience” of Ukraine’s Greek Catholic leadership, the retired leader of the Ukrainian Greek Catholic Church, eighty year old Cardinal Lubomyr Husar, was present on the Maiden, supporting his younger colleagues – and as the most respected man in the country, Cardinal Husar helped give the Maidan revolution of dignity its striking moral depth.

Cardinal Husar, Major-Archbishop Shevchuk, and Bishop Gudziak are friends of mine, so some may consider me a suspect witness. But I know these men well, and the suggestion that Major-Archbishop Shevchuk and Bishop Gudziak are callow, inexperienced naïfs is literally incredible to anyone familiar with the heroic roles they have played over the past two and a half years, under extraordinarily difficult circumstances. They have acted as bishops ought to act, and as Pope Francis has asked bishops to act, most recently in Mexico: standing with the flock as true shepherds, risking their own lives in the process. Their witness undoubtedly inspired many conversions on the Maidan; their service since then continues to do so; they are true heroes of the faith, as is their inspiration, Lubomyr Husar.

Misrepresenting the Ukrainian Greek Catholic leadership in such a manifestly false way invites the concern that the author of these calumnies has made himself into a tool of propagandists – unwittingly, one hopes. That the editors who handled his material saw fit to pass it through invites the further concern that an important Catholic publication has lost its critical edge.

The hoped-for rapprochement between Catholicism and Russian Orthodoxy is not advanced when Catholic publications swallow and then regurgitate toxic falsehoods emanating from Russian Orthodox leaders, who are themselves recycling lies from the masters of Kremlin propaganda. The unity we seek can only be unity in truth.