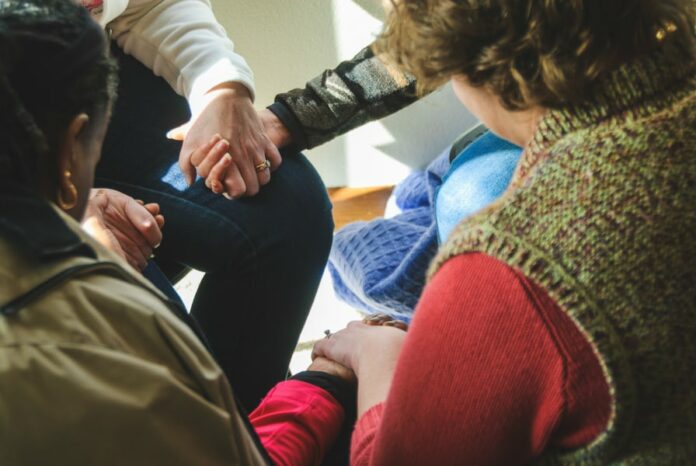 Several Catholics across northern Colorado may have bit off more than they could chew this Lent, as pastors are widely reporting that their parishioners might not make it to Easter without breaking their Lenten fast.

Eric Longfellow, whose name has been changed to protect his identity, confided to his pastor last night at the Friday Fish Fry, after having prayed the Stations of the Cross with his fiancé, that giving up Colorado craft beers for Lent was “ambitious, and probably an overreach.”

“It’s been brutal,” he told Denver Catholic. “I was in adoration when the idea came to me, so I thought that was a good sign. Also, it was still winter, and too cold to drink beer.”

“Then the weather started getting real nice,” he added, with a bit of regret in his voice.

Longfellow says he’s been meticulously planning a tour of Colorado breweries for the Easter season. When asked if maybe increasing prayer time would be a better strategy for avoiding the temptation of drinking a Colorado craft beer, he didn’t have a convincing answer.

Rosalie Gonzalez gave up Amazon Prime. “I can’t buy, but I can browse, and I can put stuff in my cart,” she told Denver Catholic, seemingly in an effort to justify the eight hours or more a day she spends browsing everything from garden gnomes to books on the origins of the universe.

“My spiritual director has encouraged me to delete the Amazon app from my phone, and I have. But then I just added it again,” she said, revealing a possibly very serious addiction to two-day shipping. She promised to get help.

A local pastor confirmed in an anonymous interview with Denver Catholic that the struggles mentioned above are not isolated situations. “I don’t know what happened this year,” he said, “but I’ve never seen so many come this close to the breaking point, and with only two weeks to go.”

“I tell my parishioners,” he added, “it’s prayer and sacrifice, not just sacrifice. If you lack resolve, then you must double down on prayer.”

Youth group leader Erin Baldwin attributes the widespread malaise to Pope Francis, who has raised the bar on Lenten sacrifice.

“It used to be that you could just give up sweets, but then eat them on special occasions, like someone’s birthday, or when you had a really bad day at work,” she said. “Now Francis says he doesn’t trust sacrifices that ‘cost nothing and don’t hurt.’”

Baldwin said she reached down deep this year to come up with what she termed a “Francis-worthy” sacrifice: “So, I’ve committed to being generous with my time, and once I started to say ‘yes’ to a few people to help with different projects at my parish, the word spread, and now I’m in charge of 20 separate ministries, including Hispanic young adults.”

“They didn’t even ask if I spoke Spanish,” she said, a bit exasperated.

Baldwin reaffirmed that she is happy to help, and offers up all the sacrifice for the young people in her youth group, but during the 10 minutes it took to interview her, she was asked via text to start a food bank, organize a pilgrimage for the hearing-impaired to the Holy Land, and teach a citizenship class to a group of Sudanese immigrants.

“I almost said no to that last one,” she confided. “How long ‘til Easter?”

Denver Catholics, this was a light-hearted April Fool’s article! Nothing in here is real, except for the part about doubling down on prayer.

We hope you enjoyed this article. If you did, share it!

May you continue to have a Holy Lent! Remember, it’s both prayer and sacrifice!

For a history of April Fools Day, see below!