The true call of masculinity 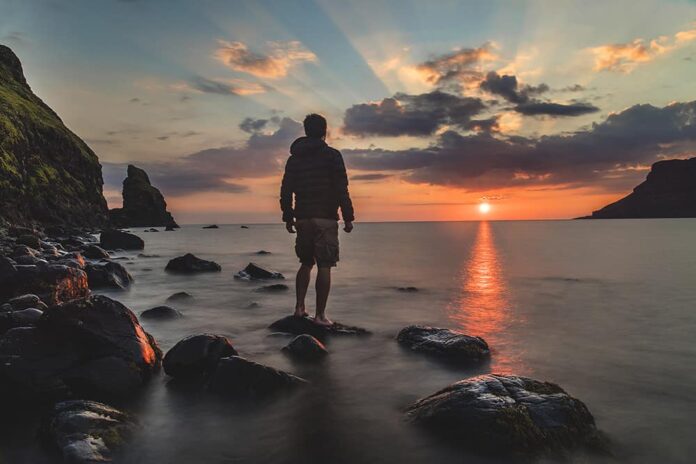 “God wished women to be smooth and to rejoice in their locks growing spontaneously, as a horse in his mane. But He adorned man like the lions, with a beard, and endowed him as an attribute of manhood, with a hairy chest: a sign of strength and rule.” – St. Clement of Alexandria

I have a beard and a hairy chest. I like craft beers. I love the Lord of the Rings. That’s pretty masculine, right?

I am also a 31-year old Roman Catholic priest with a bachelor’s degree in philosophy and a Master’s of Divinity. I don’t watch sports and I don’t have cable. I enjoy action movies but I prefer movies that make me think and teach me something about what it means to be human. I love the theater, art, and reading books. I suppose by many standards I do not fit a popular conception of masculinity. Except for the beard and the beer and the Lord of the Rings. Those fit.

As a priest, I have the joy of meeting lots of people and I get to lead many of them in their spiritual and moral lives. That is the most fulfilling and most fatherly and probably the most manly thing that I do. While I’m not perfect at it, I think that that is the part which sums up the true meaning of masculinity: selfless leadership.

Christianity has been reflecting on the meaning of being human (and of femininity and masculinity) for two millennia. Saints and theologians have mulled over the examples of patriarchs in the Old Testament and disciples in the New Testament. They have long reflected upon the Bible and in doing so they have discovered a God who created men and women and who has left us a guide map for how to live.

In Christian circles there has been a great emphasis on the meaning of femininity and feminine spirituality in the last 30 years or so – tracking with the growth of feminism in the secular world. This was certainly the case in the Catholic Church when Pope John Paul II was the pope because he wrote more about the nature and dignity of women than any pope who came before him. In the last several years a similar conversation has been happening in the Christian world regarding masculinity and masculine spirituality. While we do not have a pope who is writing prolifically about this topic, Catholics have a long history of reflecting on the essence of what it means to be a man. So, in this short essay I would like to offer a Catholic perspective on masculinity, building upon a theology of the body and a few key passages of the Bible.

First, let’s consider a man’s body. In Christian thought, the body has meaning because God created our bodies and he doesn’t do anything without a purpose. Pope John Paul II called this concept “the language of the body.” The body is an expression of a person and God purposefully designed the male body with certain characteristics. For example, in general, men’s bodies are taller, bigger, and stronger than women’s bodies. Now, I realize that I am speaking in generalizations here, but a quick glace around any crowd of people will show that this is true. Most men have a larger build than most women. If the body has meaning, then this could imply a couple of things. 1) It might mean that men are made for the demands of physical work since they have the build to do heavy lifting and tasks that require physical endurance. And 2) it might imply that men are made to protect that which is smaller and weaker, namely women and children. Interestingly, both of these things suggest that the man is working on behalf of others. Either he is doing physical labor to provide for others or he is protecting those who are weaker than himself. Either way, a simple consideration of the meaning of a man’s body suggests that he is supposed to give of himself generously.

What does the Bible have to say about being a man? I’ll summarize it in three words: Protector, Virtuous, and Selfless.

Protector – In the first pages of the Bible, we hear the story of God creating the first man, Adam. God instructs him to “till and keep” the garden (Genesis 2:15). The word in the Hebrew for “keep” is “shamar” and it has more of a meaning of “guard/protect.” So Adam’s task is to protect the garden from intruders and from those who would cause harm. He’s the gardener, the security system, and the bouncer!

Virtuous – As Israel’s king, David, prepares for death, he offers advice to his son Solomon who will become king in his place. He says to his son, “Be strong, act like a man, and observe what the Lord requires” (1 Kings 2:2-3). In saying this, David holds together the concepts of manhood and virtue: men are strong and observe God’s commands. Virtue is not a weakness, but an integral part of masculinity! The word “virtue” even has the Latin word for “man” in it (“vir”). Virtue is a manly thing because it requires struggle and the willingness to fight against the demons of life. Anyone who has attempted to overcome their own pride or anger or lust knows just how difficult the fight for virtue can be. Observing God’s commands is not an easy task – it takes a man of strength to do it. Men are made to take on the battle and lead by example.

Selfless – One of the more controversial texts of the New Testament is Ephesians chapter 5, where St. Paul talks about the relationships between men and women. Often this passage is criticized because it discusses the “subjection” of wives to their husbands. But I am fascinated by the command to the husbands, which always gets overlooked by the critics! St. Paul writes, “Husbands, love your wives as Christ loved the Church and gave himself up for her, that he might sanctify her… that she might be holy and without blemish. Even so husbands should love their wives as their own bodies” (Ephesians 5:25-28). That’s a huge call! Men are supposed to love their wives like they love themselves – and to the point of laying down their own lives! This leaves no room for selfishness, harsh treatment, or the belittling of women. Real masculinity is exemplified by selflessness and a willingness to sacrifice for the other.

Gathering together just these few points, the design of God for masculinity begins to emerge: true men — masculine men — know how to work, to be generous, to protect, to lead by example, and to be selfless. It’s not actually about action movies, hunting, explosives, beer, cool cars, power tools or beards.

It all comes down to being a strong leader. And not the kind who is a jerk and just tells others what to do. That’s not real masculinity — at least not the way God designed it. It is about leading by example. It is about laying down your life for someone else. Like Jesus did.

In short, I guess the Catholic answer to the question about masculinity is simply, “be a man like Jesus.”

And if you fail at that, at least grow a beard like Jesus.

This article was originally published in Stain’d Magazine. Reprinted here with permission.