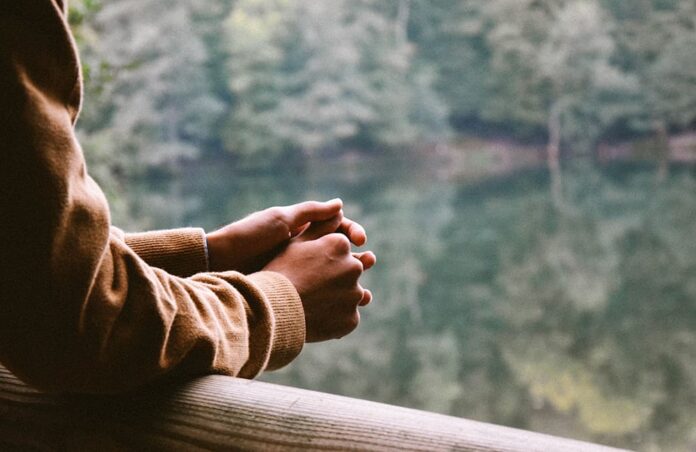 This bruising Lent, in which “fasting” has assumed unprecedented new forms, seems likely to be followed by an Eastertide of further spiritual disruption. What is God’s purpose in all this? I would be reluctant to speculate. But at the very least, the dislocations we experience – whether aggravating inconvenience, grave illness, economic and financial loss, or Eucharistic deprivation – call us to a more profound realization of our dependence on the divine life given us in Baptism: the grace that enables us to live in solidarity with others and to make sense of the seemingly senseless.

If we cooperate with that grace rather than “kick against the goads” (Acts 26:14), it can enable us to transform quarantine, lockdown, and the interruption of normal life into an extended retreat, a time to deepen our appreciation of the riches of Catholic faith. Dioceses, Catholic centers, and parishes are offering many online opportunities for prayer, thereby maintaining the public worship of the Church. Here are other resources that can help redeem the rest of Lent and the upcoming Easter season.

* Shortly before the Wuhan virus sent America and much of the world reeling, I began watching Anthony Esolen’s Catholic Courses video-lectures on the Inferno, the first part of Dante’s Divine Comedy. I’ve long admired Tony Esolen’s Dante translation and his lucid explanation of the medieval Christian worldview from which Dante wrote; and there was something fitting about watching Esolen accompany Dante and Virgil through hell during a hellish Lent. Professor Esolen’s explication of Dante’s Purgatory and Paradise (also available from Catholic Courses) are just as appropriate these days, however. For the entire Comedy is a journey of conversion that leads to the vision of God; and that is precisely the itinerary the Church invites us to travel during Lent, as the Forty days prepare us to meet the Risen Lord at Easter and experience the power of the Holy Spirit at Pentecost.

* Pope Emeritus Benedict XVI was arguably the greatest papal homilist since Pope St. Gregory the Great in the sixth century. The March and April sermons in Seeking God’s Face: Meditations for the Church Year (Cluny Media), help put the trials of this Lent and Eastertide into proper Christian focus.

* I’ve often recommended the work of Anglican biblical scholar N.T. Wright. Two chapters (“The Crucified Messiah” and “Jesus and God”) in The Challenge of Jesus: Rediscovering Who Jesus Was and Is (InterVarsity Press) make apt Lenten reading in plague time. The fifth chapter of that small book, “The Challenge of Easter,” neatly summarizes Dr. Wright’s far longer and more complex argument in The Resurrection of the Son of God (Fortress Press) and makes a powerful case for the historical reality of the Easter events. Like Wright, Pope Emeritus Benedict’s reflections on the empty tomb and the impact of meeting the Risen One in Jesus of Nazareth: Holy Week (Ignatius Press) underscore the bottom of the bottom line of Christianity: no Resurrection, no Church.

* Bishop Robert Barron’s Catholicism series is the greatest audio-visual presentation of the faith ever created. If you’ve never watched it, why not now?  If you have, this may be the time to continue with Bishop Barron’s Catholicism: The New Evangelization (an exploration of how to put Catholic faith into action) and Catholicism: The Pivotal Players (portraits of seminal figures in Catholic history who did just that – St. Thomas Aquinas, St. Francis of Assisi, St. Catherine of Siena, St. John Henry Newman, G.K. Chesterton, and Michelangelo).

* Pope St. John Paul II’s centenary is the Monday following the Fifth Sunday of Easter: an anniversary worth celebrating, whatever the circumstances. The first 75 years of this life of extraordinary consequence for the Church and the world are relived in the documentary film, Witness to Hope – The Life of John Paul II. Liberating a Continent, produced by the Knights of Columbus, is a stirring video evocation of John Paul’s role in the collapse of European communism – and a reminder, in this difficult moment, of the history-bending power of courage and solidarity.

* The Dominican House of Studies in Washington and its Thomistic Institute are intellectually energizing centers of the New Evangelization. The good friars are not downing tools because of a pandemic; rather, they’re ramping up. Go to thomisticinstitute.org to register for a series of online “Quarantine Lectures” and an online Holy Week retreat. At the same home page, you’ll find Aquinas 101, 52 brief videos that make one of Catholicism’s greatest thinkers accessible to everyone, free and online, through brilliant teaching and striking animation.

And may the divine assistance remain with us, always.